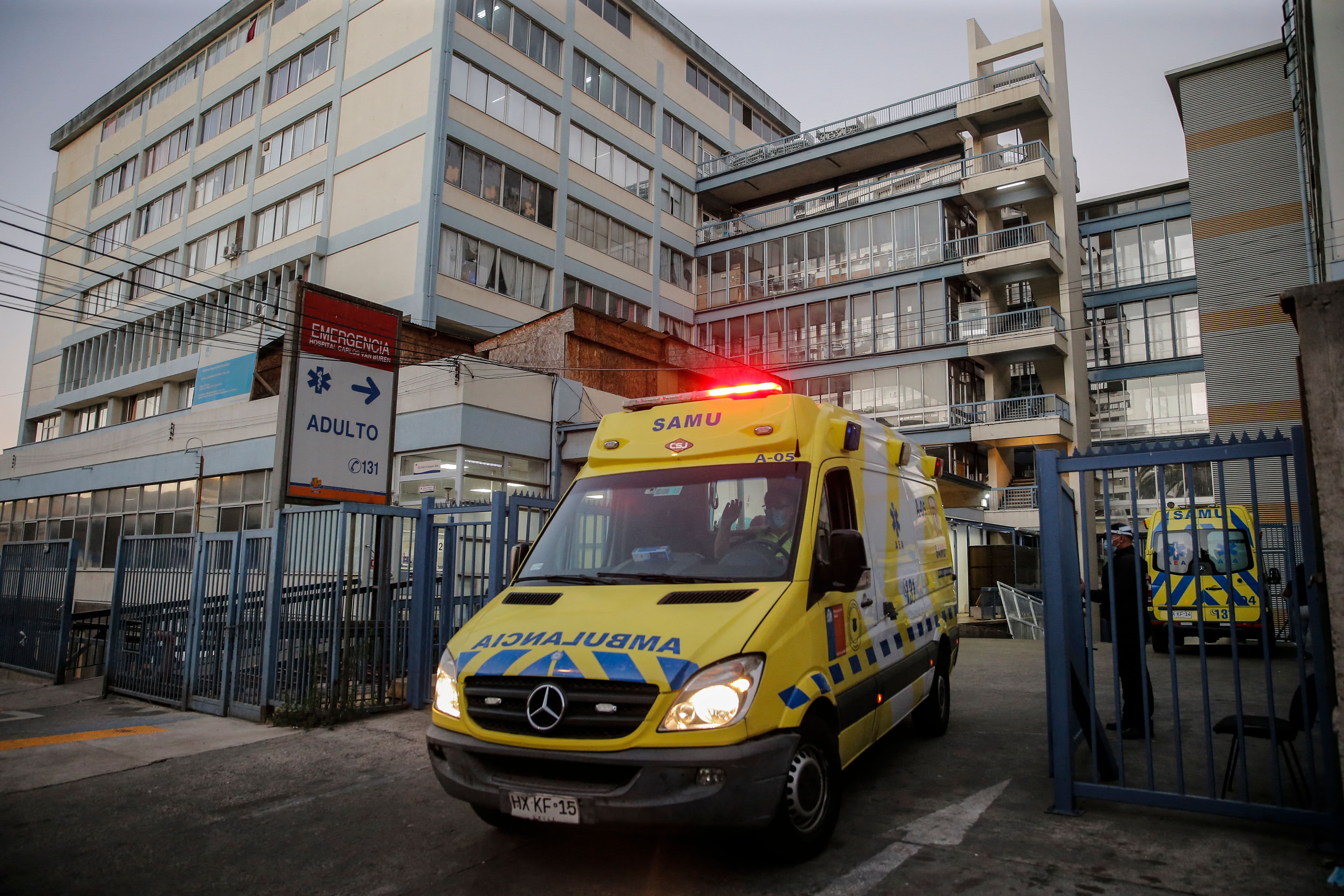 A health worker administers a dose of the Pfizer-BioNTech vaccine against Covid-19, to a man at the Medalla Milagrosa Church in Valparaiso, Chile, on April 6, 2021.JAVIER TORRES | AFP | Getty ImagesLONDON — Chile’s vaccination campaign against the coronavirus has been one of the world’s quickest and most extensive, but a recent surge in infections has sparked concern beyond its borders. Almost 40% of the South American country’s total population have now received at least one dose of a Covid-19 vaccine, according to statistics compiled by Our World in Data, reflecting one of the highest vaccination rates in the world.Only Israel and the U.K., respectively, have inoculated a larger share of their population with at least one dose.Nonetheless, Chile has endured a sharp uptick in coronavirus infections in recent weeks, even with its world-renowned vaccine rollout and strict lockdowns in place for much of its 19 million inhabitants.The Pan American Health Organization’s regional director has since emphasized that for most countries in the region, vaccines won’t be enough to prevent rising infection rates.The number of daily cases in Chile rose to a record high on April 9, climbing above 9,000 for the first time since the pandemic began and significantly higher than the peak of almost 7,000 recorded last summer.Health Minister Enrique Paris on Thursday told reporters that he hoped the surge in daily cases had now climbed to its highest point.”Once we reach that peak, we expect not a reduction but a stabilization and then a return to smaller numbers of positive patients,” he said, according to Reuters.What has gone wrong?Health experts say the country’s latest surge in cases has, in part, been driven by more virulent strains of the virus, a relaxation of public health measures, increased mobility and defiance of simple precautions — such as physical distancing and wearing a mask.Chile’s center-right government, led by President Sebastian Pinera, had ordered the closure of the country’s borders from March to November of 2020, albeit with a few exceptions, before the decision was taken to reopen them to international passengers late last year.Shops, restaurants and some holiday resorts were also opened in a bid to boost the country’s pandemic-stricken economy.Passengers in protective suits against the spread of the novel coronavirus disease, queue at counters at Arturo Merino Benitez International Airport in Santiago on April 1, 2021, after Chile announced it will close its borders in April as of Monday amid a surge in COVID-19 cases.MARTIN BERNETTI | AFP | Getty ImagesYet, while the country’s vaccination rollout powered ahead of most, the spread of a more virulent strain of the virus — such as the P.1 variant, first discovered in travelers from Brazil — has led to a substantial rise in cases.There have also been questions raised about vaccine efficacy, given Chile’s widespread use of CoronaVac, the coronavirus vaccine manufactured by Chinese firm Sinovac.It comes after the head of China’s Centre for Disease Control and Prevention said earlier this month that China may need to replace its Covid vaccines or change the way they are administered in order to make them sufficiently effective.”We will solve the problem that current vaccines don’t have very high protection rates,” George Gao, director general of the Chinese CDC, said at a conference on April 11. He has since told state media that his comments were misunderstood.Late-stage data of China’s Covid vaccines remain unpublished, and available data of the CoronaVac vaccine is varied. Brazilian trials found the vaccine to be just over 50% effective, significantly less effective than the likes of Pfizer-BioNTech, Moderna and Oxford-AstraZeneca, while Turkish researchers have reported efficacy as high as 83.5%. An ambulance leaves the Carlos Van Buren Hospital, which is overwhelmed by the large number of Covid-19 positive cases, in Valparaiso, Chile on April 6, 2021.JAVIER TORRES | AFP | Getty ImagesA study published by the University of Chile earlier this month reported that CoronaVac was 56.5% effective two weeks after the second doses were administered in the country. Crucially, however, they also reported that one dose was only 3% effective.”This would help to explain why Chile — with one of the world’s most robust vaccine rollouts but 93% of the doses coming from China — has experienced a simultaneous significant expansion in cases, and a much slower decline in hospitalizations and deaths compared to the early rollouts in Israel, the United Kingdom and the United States,” Ian Bremmer, president of risk consultancy Eurasia Group, said in a research note.”Chile and the United Arab Emirates are both considering implementing a third dose (so a second booster shot) of the Chinese vaccine accordingly; a change in communications that will increase vaccine hesitancy for the Chinese vaccines more broadly,” Bremmer said.’Comprehensive strategies'”I cannot stress this enough — for most countries, vaccines are not going to stop this wave of the pandemic,” Carissa Etienne, director of PAHO, said during a weekly press briefing on Wednesday. “There are simply not enough of them available to protect everyone in the countries at greatest risk.”Etienne pressed policymakers in the region to implement “comprehensive strategies” to speed up the rollout of vaccines and stop transmission by using proven public health measures.On April 14, the Americas reported more than 1.3 million Covid infections and nearly 36,000 deaths in the past week, according to data compiled by the United Nations health agency. To date, the Americas has recorded 58.8 million cases and more than 1.4 million deaths, making it the worst-affected region in the world.”We are not acting like a region in the midst of a worsening outbreak,” PAHO’s Etienne said, describing South America as the “epicenter” of the virus.In addition to relaxed restrictions in some areas, Etienne said new and highly transmissible variants of the virus had prompted a steep acceleration of cases. At present, Brazil, Colombia, Venezuela, Peru, and some areas of Bolivia are reporting a sharp uptick in infections.Paraguay, Uruguay, Argentina and Chile are also experiencing a continuing increase in Covid cases, Etienne said.