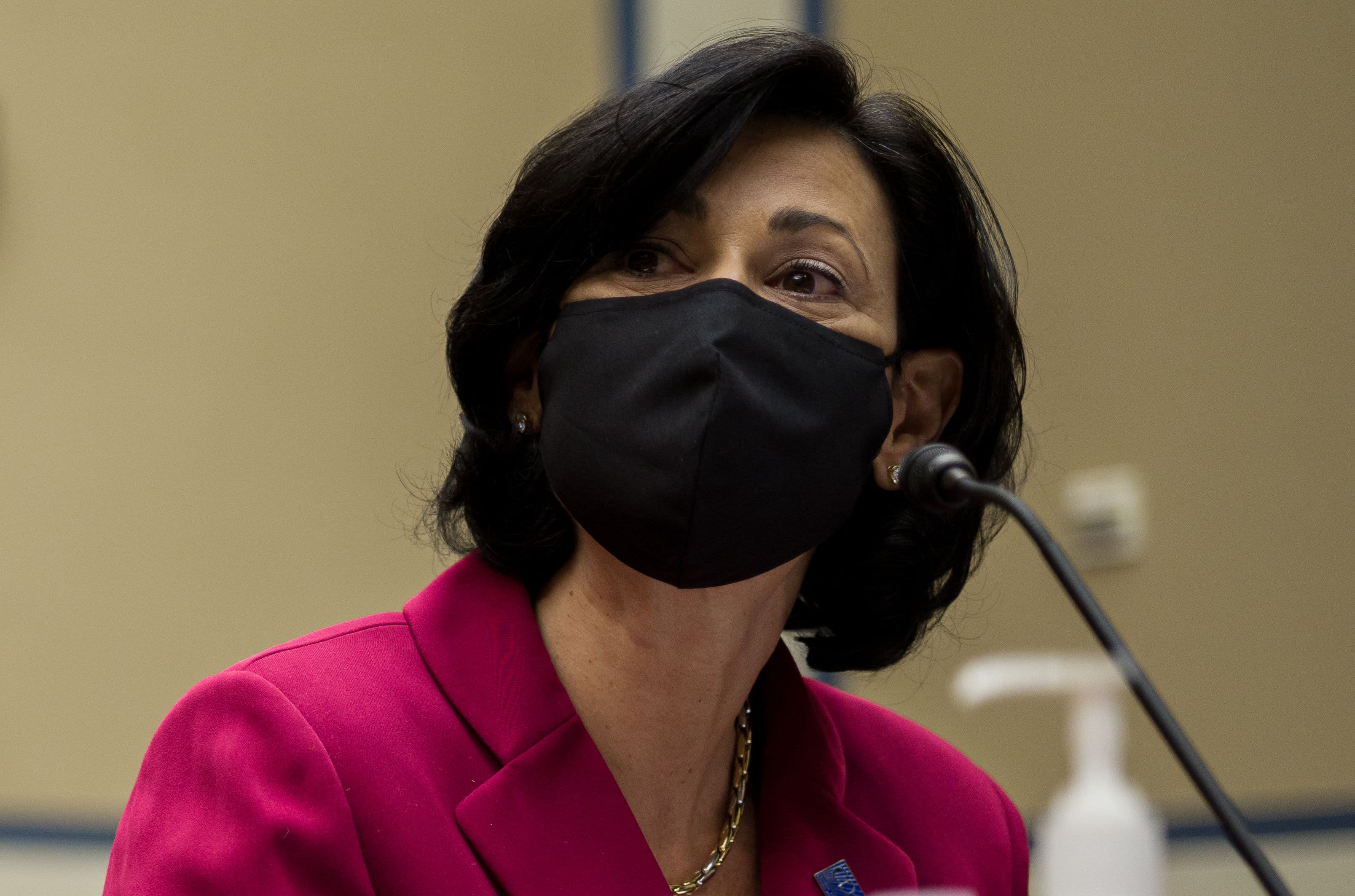 Director of the Centers for Disease Control and Prevention, Rochelle Walensky, testifies before a House Select Subcommittee hearing on “Reaching the Light at the End of the Tunnel: A Science-Driven Approach to Swiftly and Safely Ending the Pandemic,” on Capitol Hill in Washington, DC, April 15, 2021.Amr Alfiky | AFP | Getty ImagesU.S. health officials have confirmed fewer than 6,000 cases of Covid-19 in fully vaccinated Americans, Centers for Disease Control and Prevention Director Dr. Rochelle Walensky said Monday.That represents just 0.007% of the 84 million Americans with full protection against the virus. Despite the breakthrough infections, none of the patients has died or gotten severely ill, indicating the vaccines are working as intended, she said.”With any vaccine, we expect such rare cases, but so far out of more than 84 million people who were fully vaccinated, we have only received reports of less than 6,000 breakthrough cases,” Walensky told reporters at a press briefing. Breakthrough cases occur when someone contracts the virus more than 14 days after their second shot, she said.The CDC chief acknowledged that the number could be an underestimate.”Although this number is from 43 states and territories and likely an underestimate, it still makes a really important point, these vaccines are working. Of the nearly 6,000 cases, approximately 30% had no symptoms at all,” Walensky said.Half of all American adults have received at least one dose of the coronavirus vaccine. Of those age 65 and older, 81% have received one dose or more and about two-thirds are fully vaccinated.U.S. health officials are launching a massive campaign to persuade more Americans to take the vaccine. An increasing number of people has become skeptical after the CDC and Food and Drug Administration asked states to temporarily halt distribution of Johnson & Johnson vaccines last week after cases of a rare, but potentially deadly, blood-clotting disorder were reported to the CDC.Some of former President Donald Trump’s supporters also are strongly opposed to taking the vaccine, which worries U.S. health officials hoping enough people will get immunized so the country can obtain herd immunity to the virus. White House chief medical advisor Dr. Anthony Fauci has previously said 75% to 85% of the U.S. population need to be inoculated to create an “umbrella” of immunity that prevents the virus from spreading.”It’s very disturbing that on the basis of political persuasion people are not wanting to get vaccinated,” Fauci said Monday on “CBS This Morning.” “I find that really extraordinary because those are the ones who are saying you’re encroaching on our liberties by asking us to wear masks and do kinds of restrictions that are public health issues. The easiest way to get out of that is to get vaccinated.” The U.S. is reporting 723 Covid deaths per day, according to a seven-day average based on data compiled by Johns Hopkins University.All 50 U.S. states, at Biden’s urging, opened vaccine appointments to people age 16 and older by Monday.—CNBC’s Nate Rattner contributed to this report.

Chile has one of the worlds’ best vaccination rates. Covid is surging there anyway
A look inside the most expensive home for sale in Bal Harbour, Florida
To Top
error: Content is protected !!