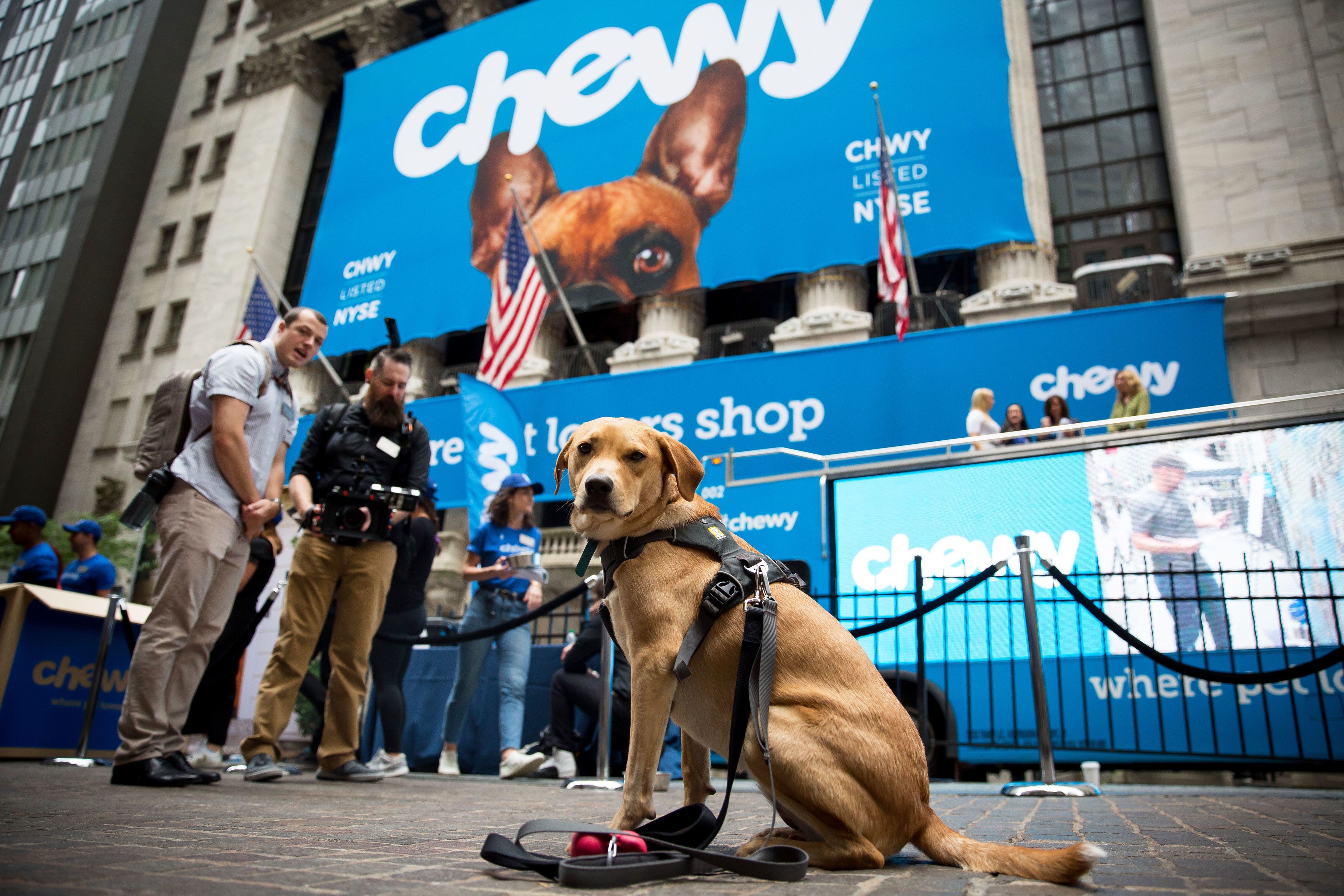 Chewy shares rose Thursday after the pet e-tailer reported first-quarter sales climbed 45% as its loss narrowed, in line with the forecast it issued at the time of its recent IPO.

For the quarter ended May 5, Chewy said its loss narrowed to $29.6 million from a loss of $59.8 million in the year-ago period. Chewy’s profitability has been a concern for some. Dog food is heavy, and therefore expensive to ship.

Sales rose to $1.1 billion from $763.5 million a year ago, continuing Chewy’s strong momentum with pet owners. The company reported roughly 11.3 million active customers for the quarter and $343 in net sales per active customer.

Chewy’s growth initiatives include expansion of its private label business and the launch of Chewy Pharmacy, an online pet pharmacy. In the first quarter, Chewy opened a pharmacy in its Phoenix, Arizona, fulfillment center. It also rolled out improvements to its mobile app.

The retailer recorded auto-ship sales of $743.9 million, up nearly 56% from the quarter prior.

The first-quarter results, which are in line with previous guidance set forth in the company’s prospectus for its June initial public offering, sent shares of Chewy up about 1% in aftermarket trading. Shares of the company are down 9.5% since its debut, which had valued the company at more than $14 billion.

Chewy, founded in 2011 by Ryan Cohen and Michael Day, calls itself the “largest pure-play pet e-tailer in the United States.” It has distinguished itself from many of its competitors with customer service that includes 24/7 access and two-day shipping of online orders.

PetSmart, which is backed by private equity firm BC Partners, acquired Chewy in 2017 for $3 billion.

Pay-as-you go energy could help with access to electricity in Africa
Shares of ad giant Publicis plunge after cut to revenue guidance
To Top
error: Content is protected !!