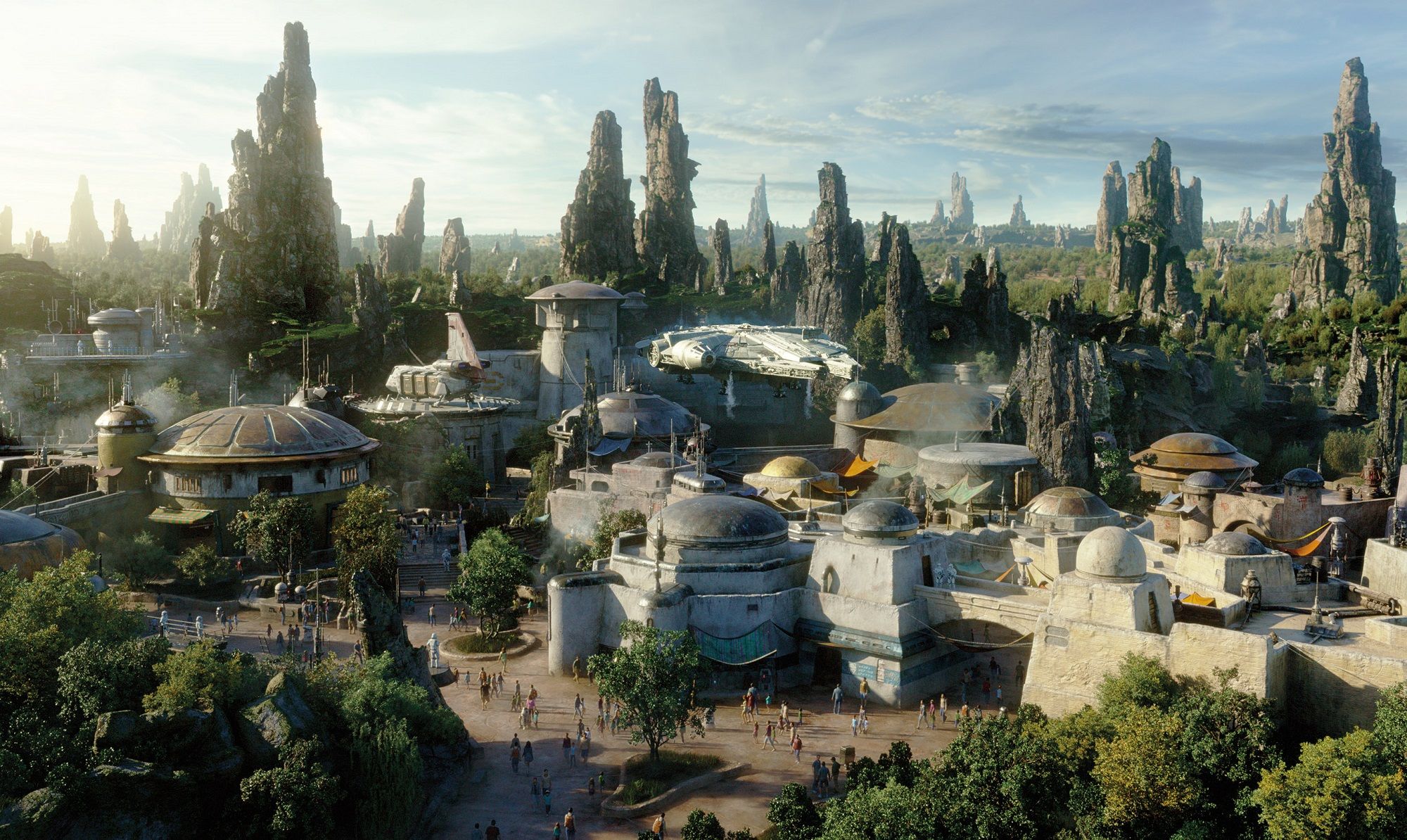 Walt Disney CEO Bob Iger says he is confident the company’s $2 billion investment in its new “Star Wars” theme parks will be a boon not only for its park division but the beloved sci-fi franchise, too.

Iger said Disney isn’t too reliant on any one franchise, including “Star Wars.”

“If you look at the profile of the company and collection of assets, we’re still basking in the glory of ‘Avenger: Endgame,’ a Marvel property,” he said on “Closing Bell ” on Wednesday. He noted that “Toy Story 4” and Disney’s remake of “The Lion King” are both coming out this summer. “There’s so much going on in the company that people are interested in.”

“Yes, we have a lot riding on ‘Star Wars,’ but we have a diversity of characters and franchises and stories,” he said. “I don’t think we are reliant too heavily on any one of them. We just like them all.”

The $1 billion addition to Disneyland and another to Disney World in Orlando, Florida, have been highly anticipated by “Star Wars” fans and theme park adventurers since they were announced in 2015. The Orlando location will open in August.

“‘Star Wars’ is an immensely popular property, and giving people who visit our parks, who have thought about visiting our parks, a chance to immerse themselves in ‘Star Wars’ on a grand scale in a much deeper way is a big deal,” Iger said.

“It will be extremely positive for the [park] division and for ‘Star Wars,’ too,” he said. “It will lift the entire franchise.”

Disney bought Lucasfilm in 2012 for more than $4 billion. It has since released five films, with a sixth on the way, and greenlighted a number of “Star Wars” television programs and novelizations.

On Disney+, Disney’s streaming service due to launch in November, the company will have three “Star Wars” shows: “The Mandalorian,” which will be available to fans at launch, as well as a new season of “Star Wars: Clone Wars” and a live-action show based on Cassian Andor and K2-SO from “Rogue One: A Star Wars Story.”

He teased that there are items in the park that are linked to “The Mandalorian” show, saying that “everything is carefully woven by us.”

No doubt, fans will be itching to return for repeat visits to the park to discover all of its secrets.

Correction: This story was updated to clarify that the two new Star Wars: Galaxy’s Edge locations were estimated to have cost $1 billion each.

An illustration of the Star Wars: Galaxy’s Edge area of Disneyland Park and Disney’s Hollywood Studios at Walt Disney World.