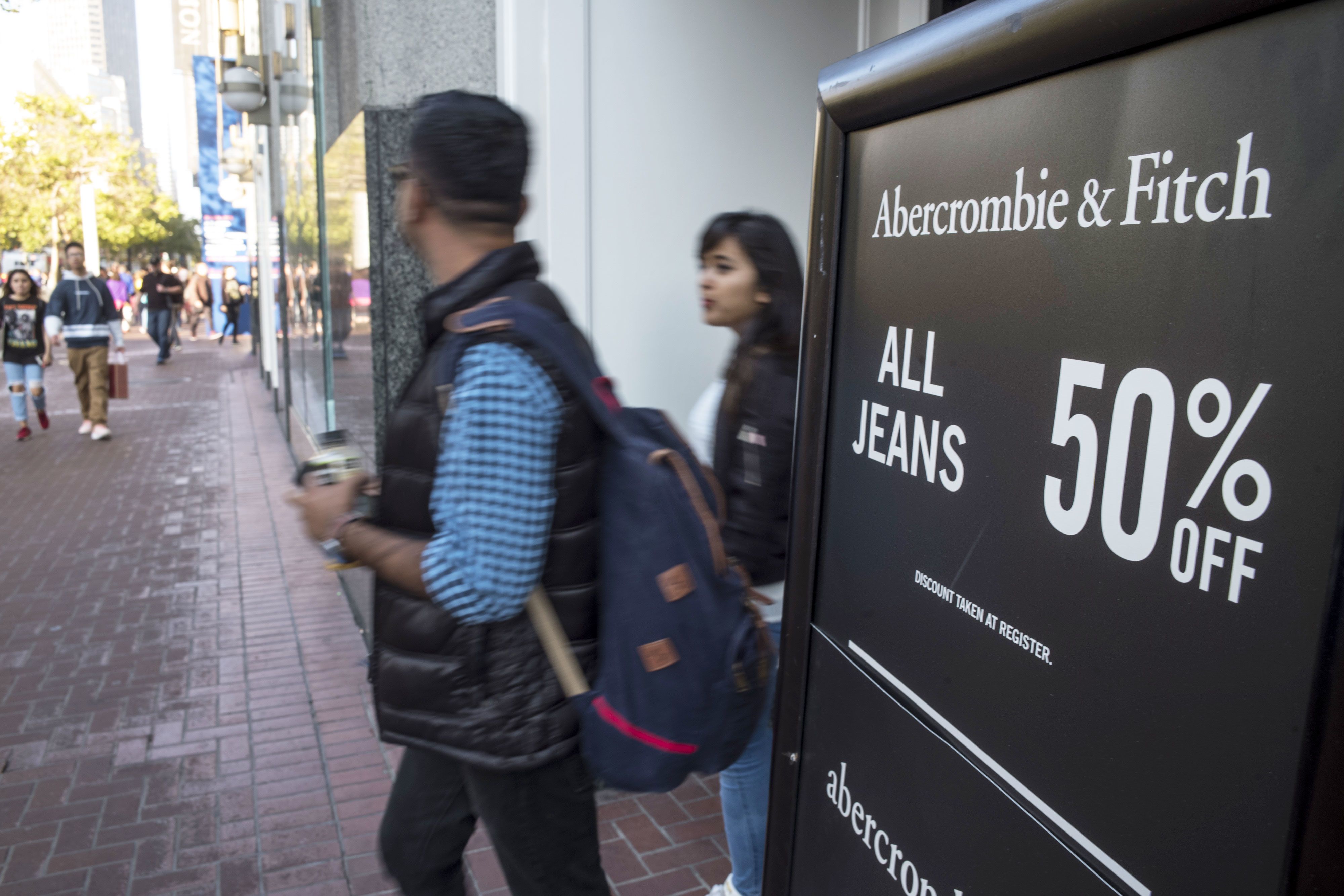 Retail stocks took a beating Wednesday, hurt by a handful of poor earnings reports and the looming threat of tariffs on clothing imported from China.

Canada Goose shares lost more than a quarter of their value, shaving roughly $1.49 billion off the retailer’s market cap, after the company said sales growth in the coming three years wouldn’t be as robust as in the past. The stock closed down nearly 31% after hitting a 52-week low of $33.58 intraday.

Abercrombie & Fitch shares closed down 26% on Wednesday, wiping more than $441.5 million off the company’s market cap, as momentum cooled off at its Hollister brand during the latest quarter. That news also sent shares of rival teen apparel retailer American Eagle down about 6%. And Michael Kors owner Capri Holdings’ stock fell nearly 10%, taking more than $580 million off its market cap, as it’s suffering from poorer demand for its pricey handbags.

“This is not a space deemed to be very healthy in terms of long-term outlooks for investors,” Wells Fargo retail analyst Ike Boruchow said. “You’ve got a group where the fundamentals are weakening.”

Then you throw in the idea of 25% tariffs on apparel and footwear, as the White House has proposed in its ongoing trade war with China, “and that’s a real earnings problem,” he said.

Abercrombie CFO Scott Lipesky told analysts on a post-earnings conference call the retailer hasn’t yet baked additional tariffs into its earnings outlook. Abercrombie imported about 25% of its merchandise receipts from China to the U.S. in fiscal 2018.

“We’re still dealing in the world of hypothetical here,” he said. “We remain very engaged with our sourcing partners. … We have a playbook in place if the hypothetical becomes reality.”

With all of the losses in the space, the S&P 500 Retail ETF (XRT) fell 2.2% Wednesday, its fifth consecutive day of declines and the first time since Nov. 20 the index hit that benchmark.

Boruchow said there are fewer signs that consumers are pulling back but more that “parts of the industry” are weakening. High-end handbag makers are struggling as tourism drops off, for example, and some mall-based apparel retailers are seeing sales slow as more women opt to shop on platforms like Stitch Fix and Rent the Runway.

Department store chains Kohl’s, J.C. Penney and Nordstrom recently showed they aren’t immune to these trends, either, sparking a sell-off in the space just last week with their dismal quarterly earnings reports.

Dick’s Sporting Goods was one bright spot Wednesday morning, reporting fiscal first-quarter earnings that topped Wall Street estimates and raising its outlook for the full year. But its stock reversed course from earlier gains and closed down 5.9%, falling with the rest of the industry.

— CNBC’s Gina Francolla and Chris Hayes contributed to this reporting.