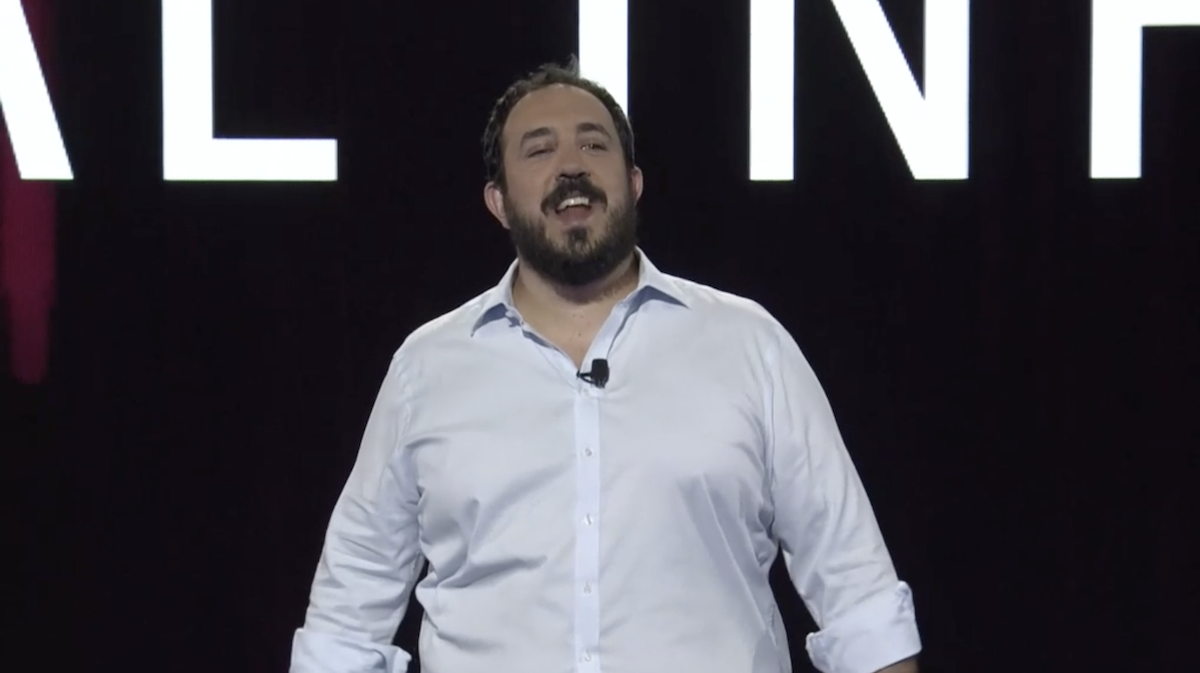 Amazon CEO Jeff Bezos has tapped a 21-year company veteran and one of the first employees of its cloud division to his elite group of top executives, known as the S-team.

Peter DeSantis, who played a critical role in building Amazon Web Services from its early days in 2006, was promoted to the S-team, short for senior team, earlier this year, according to people familiar with the matter. The team has 18 members, said the people who asked not to be named because it’s confidential.

The addition followed two high-profile departures last year. Sebastian Gunningham, who ran the company’s marketplace, left to join WeWork, and Diego Piacentini opted not to return to Amazon after taking a two-year leave to work with the Italian government.

The S-team includes Bezos’s most trusted advisers like Andy Jassy, the CEO of AWS, Jeff Wilke, head of the global consumer business, and finance chief Brian Olsavsky. Bezos regularly meets with the group to make key business decisions, but not every member reports directly to the CEO as they take on different projects and leadership roles within the company. DeSantis’s official title remains vice president of global infrastructure and customer support at AWS.

The promotion is a big stamp of approval by Bezos and Amazon’s leadership team, signifying DeSantis’s rise in the ranks. Since joining the company in 1998, DeSantis has held various engineering positions, but he’s best known for helping launch Elastic Compute Cloud (EC2), the cloud service that lets other businesses offload much of their data center needs to Amazon. AWS is now a $25 billion annual business and is the company’s primary profit generator.

The only other AWS employees on the S-team are Jassy and Charlie Bell, senior vice president of Utility Computing Services.

Bezos addressed the diversity issue during an internal all-hands meeting in 2017, when an employee asked about the lack of female and minority leaders on the S-team. Bezos attributed the ratio to very low turnover on the team, and he said he expects “any transition there to happen very incrementally over a long period of time.”

But lack of diversity goes beyond the S-team into the broader leadership ranks. As CNBC previously reported, almost all of the executives at the top of Amazon’s core businesses, like retail, cloud and hardware, are white men. Only four of the 48 executives in those roles are women. That number goes up slightly if you include public relations and human resources roles.

An Amazon spokesperson said in an email that the company is “focused on continuing to diversify our workplace,” and highlighted female leaders like Maria Renz, who oversees its delivery experience, and Toni Reid, who heads up the Alexa experience. Jennifer Salke took the helm of Amazon Studios last year.

“Amazon has always been, and always will be, committed to diversity and inclusion,” the spokesperson said.

WATCH: One-day shipping a stop along the way toward same day, says expert

How to make the most of your trip to Star Wars: Galaxy’s Edge
CEO Bob Iger doesn’t think Disney is too reliant on ‘Star Wars’
To Top
error: Content is protected !!