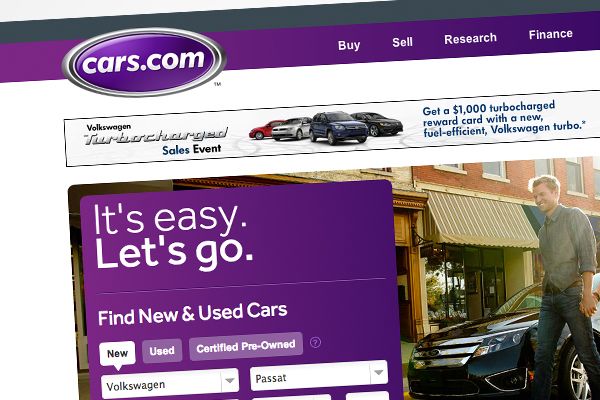 Cars.com plunged as much as 40% on Monday after the company said that its monthslong search for a buyer ended without success.

The car-search-engine company said in a release that while a number of parties expressed interest in acquiring Cars.com as early as summer 2018, the would-be buyers ultimately dropped out in subsequent rounds of bidding.

“The process did not yield actionable options for a sale of the Company,” Chairman Scott Forbes said in a press release on Monday. “As a result, and after consultation with our financial and legal advisors, the Board has concluded that the best interests of shareholders are served by continuing to focus on our strategic plan and opportunities to drive growth and shareholder returns as an independent public company.”

Cars.com, which sells subscriptions to auto dealers and advertising, also cut its fiscal 2019 guidance in its second-quarter earnings report. The company now expects sales losses in a range between 6%–9% for the year and adjusted pre-tax profit margins at 27%–29%.

The losses could prove a headache for stakeholders like New York activist investor Starboard Value, which first took a 9.9% stake in the company in 2017. Led by Jeffrey Smith, Starboard supported the company’s plans to seek out a buyer and installed two representatives on the company’s board last year.

The activist investor’s stake represented 9.5% of the company at the end of March.