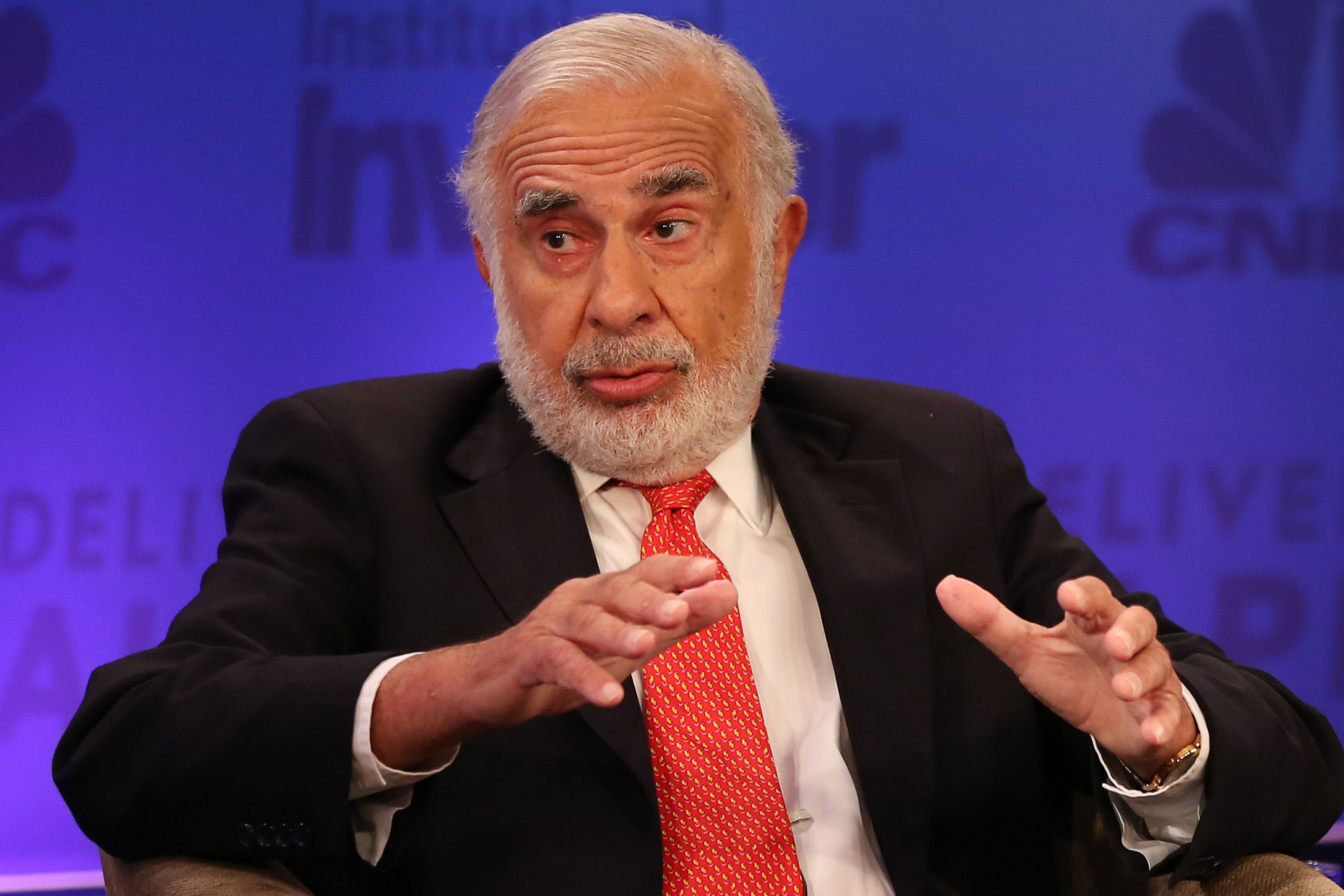 “I think this deal is one of the worst I’ve ever seen,” Icahn said. “And I’ve seen a lot of stuff that has gone over the many years we’ve been involved. You take a look at Oxy and you take a look at Vicki Hollub, who says that’s she’s done a great job and in interesting in the long-term benefits to the company.”

Since she started as CEO, “the value of Occidental has dropped $23.7 billion, down 41%,” he continued, adding that major energy ETFs are down far less over the same period.

Icahn was a vocal critic of Occidental Petroleum’s $38 billion deal to buy Anadarko Petroleum, a purchase seen by the longtime activist investor as “hugely overpriced.” Expensive financing, he and other stakeholders argued, could put the Houston-based oil giant at risk if crude prices fall.

Icahn owned $1.6 billion in Occidental shares, or nearly 5% of the Houston-based oil company as of May 30. The longtime activist investor — known for agitating for change at his investments — also blasted the deal for its lack of shareholder input.

The Occidental-Anadarko deal closed on Thursday in a transaction valued at $55 billion, including the assumption of Anadarko’s debt. Anadarko shareholders are receiving $59.00 in cash and 0.2934 shares of Occidental common stock per share of Anadarko common stock.

But Icahn’s qualms with the deal put him at odds with another famous investor, Warren Buffett. The Omaha-based value hunter contributed $10 billion in financing for the Occidental bid via Berkshire Hathaway, Buffett’s holding conglomerate.

As part an agreement struck with Occidental’s management, Buffett receives 100,000 shares of cumulative perpetual preferred stock with a value of $100,000 per share with an annual dividend of 8%. Icahn scrutinized the arrangement, saying Buffett tricked CEO Vicki Hollub into a bad deal.

“Buffett figuratively took her to the cleaners,” Icahn said of the Buffett-Occidental accord in July. “The Buffett deal was like taking candy from a baby and amazingly she even thanked him publicly for it!”

“But you can’t blame Warren, if Hollub was arrogant enough to negotiate a deal with Buffett of this magnitude despite her admittedly limited experience in M&A and the Board was misguided enough to rubber stamp it, then one might say in Warren’s defense that it was almost his fiduciary duty to Berkshire Hathaway to accept it,” Icahn added.