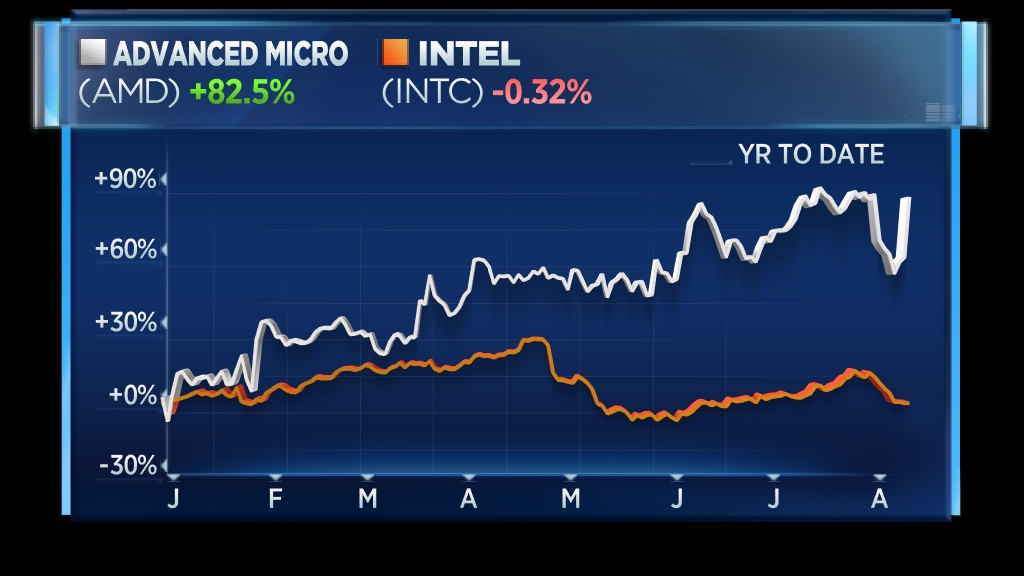 At an event in San Francisco on Wednesday afternoon, AMD announced the launch of the second generation of its EPYC chips designed for high-performance uses like in the cloud or inside large enterprises. It’s a business dominated by Intel, which controls about 98% of the market, but where AMD is looking to rapidly expand. According to a recent report from Atlantic Equities, AMD’s share of the data center market should grow to 25% in a decade from 2% last year.

Google said that it’s deployed the upgraded EPYC processors internally and next year will add them to its cloud engine that’s used by other companies to run workloads. Twitter announced that, because of the power reductions that come with the new chips, it plans to reduce costs related to data center infrastructure by 25%.

“Twitter is committed to reducing our environmental impact of our datacenters by finding innovative ways to increase efficiency,” Jennifer Fraser, senior director of engineering at Twitter, said in the press release. With the EPYC processors, “we can scale out our compute clusters with more cores in less space using less power,” she said.

Other companies that say they’re using AMD’s new processors or offering them to customers include Microsoft, which is previewing the chips in some of its Azure cloud offerings, Hewlett Packard Enterprise, Lenovo and Dell.

After Thursday’s rally, AMD shares are up 83% this year, while Intel shares are virtually flat. However, in the chipmaker’s latest earnings release last month, it reported a 13% decline in revenue from the prior year and lowered its full-year forecast, in part because of a slide in demand for processors used in gaming consoles. The stock dropped 10% on the report.

Carl Icahn calls Occidental’s deal for Anadarko one of the worst he’s ever seen
Kontoor Brands CEO isn’t afraid of a recession or tariffs on China-made goods
To Top
error: Content is protected !!