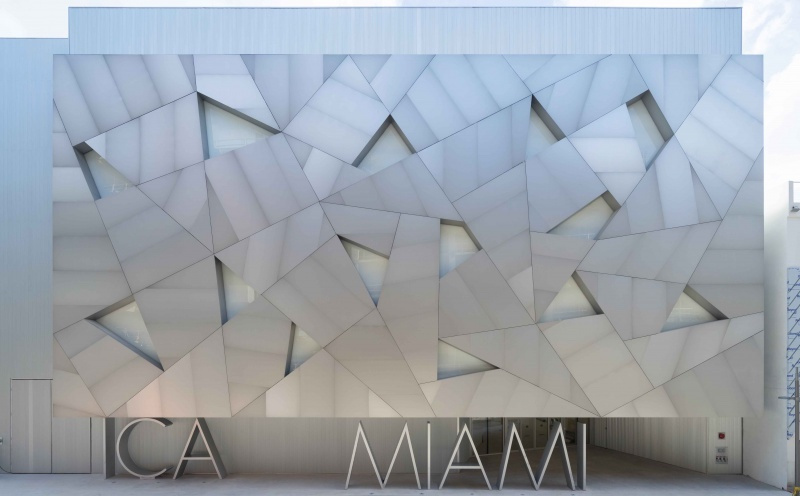 To receive Morning Links in your inbox every weekday, sign up for our Breakfast with ARTnews newsletter.
The Headlines
NEW DIRECTORS HAVE BEEN GETTING HIRED AT MAJOR ART MUSEUMS in the United States at a rapid pace recently. The latest: Ngaire Blankenberg has been tapped to lead the Smithsonian’s National Museum of African Art in Washington, D.C. Blankenberg, a veteran museum consultant, takes the place of Gus Casely-Hayford, who was picked for the job in 2017 and was named the inaugural director of the V&A East in London in 2019. Blankenberg, who was principal consultant from 2008 to 2016 at Lord Cultural Resources (an adviser to arts and cultural institutions), said in a statement, “Museums are institutions that carry a lot of systemic baggage from their colonial origins, but they are vital public spaces to reconsider how we connect and contend with one another and the planet, and where we can redefine, heal, and reconcile.”

THE ART MUSEUMS JUST KEEP COMING IN SOUTH KOREA. They have been opening at a rapid pace over the past decade, and now another is on the way. The nation’s culture ministry said today that it intends to build one for the more than 23,000 works donated to the state earlier this year by the family of the late Samsung chairman Lee Kun-hee, the Korea Herald reports. Authorities have identified two possible sites in Seoul, in a blow to politicians throughout the country who had been lobbying to host the museum, a likely tourist draw. A database of the works will be unveiled in 2023.
The Digest
A legal complaint has been filed by the Association Henri Pézerat environmental group and Paris families, alleging that officials did not do enough to protect people from lead pollution when Notre-Dame burned in 2019. [AFP/France 24]
The Smithsonian’s Archives for American Art has acquired the archives of land artist Nancy Holt, which includes more than 50,000 items, including plans for unbuilt pieces. The Holt-Smithson Foundation, which will maintain joint ownership of the materials, hopes to realize those works. [The Art Newspaper]
Harvard University’s Peabody Museum of Archaeology & Ethnology said that it is working to repatriate a tomahawk that once belonged to the Native American civil rights leader Chief Standing Bear to the Ponca Tribe in Nebraska and Oklahoma. [Associated Press]

Did the art historian Curt Glaser sell his art collection under duress, after being fired in 1933 as director of the Berlin State Art Library because he was Jewish? Various governments and institutions have provided different answers, highlighting the sometimes-diverging criteria that are used around the world to evaluate art sold in Nazi Germany. [The New York Times]
In Romania, Ambulance for Monuments workers “race around the Balkan country, giving critical care to as many historical buildings as possible that are in an advanced state of decay before it’s too late,” Stephen McGrath reports. Founded by architect Eugen Vaida in 2016, it has so far worked on more than 50 structures. [Associated Press]
The Institute of Contemporary Art, Miami has acquired CryptoPunk 5293 (2017)—one of 10,000 digital portraits made by Larva Labs—and will present it this summer. It was a donation from Eduardo Burillo, an ICA trustee. [Press Release/ArtDaily]
Looking a bit like a CryptoPunk, a blue-haired Damien Hirst unveiled his new “Cherry Blossom” paintings at the Fondation Cartier in Paris, and whatever anyone thinks of the ebullient, thickly painted works, he said that one person is likely to be happy with them: his mother. Hirst told the Guardian, “When I was making the animals in formaldehyde, she said, ‘Oh, there’s enough horror in the world, can’t you do paintings of flowers?’ And I think, my God, it’s taken me until I’m 55 before I can please her.” [The Guardian]
The Kicker
AN AVANT-GARDE TREASURE HUNT IS UNDERWAY in Orkney, Scotland. The musician Erland Cooper has buried the only copy of his latest album (a tape reel) in the area, which inspired the work. Calling the project “kind of a collaboration with the landscape” in a BBC News interview , Cooper said he will release the record once it is discovered (or in three years) just as it is, decomposition and all. To dissuade people from disturbing the natural environment and archaeological sites, he said that he has marked the burial spot with a smooth rock carved by the artist Jo Sweeting. “Only if you find this stone, should you dig at all,” he said. [BBC News]
Thank you for reading. We’ll see you tomorrow.