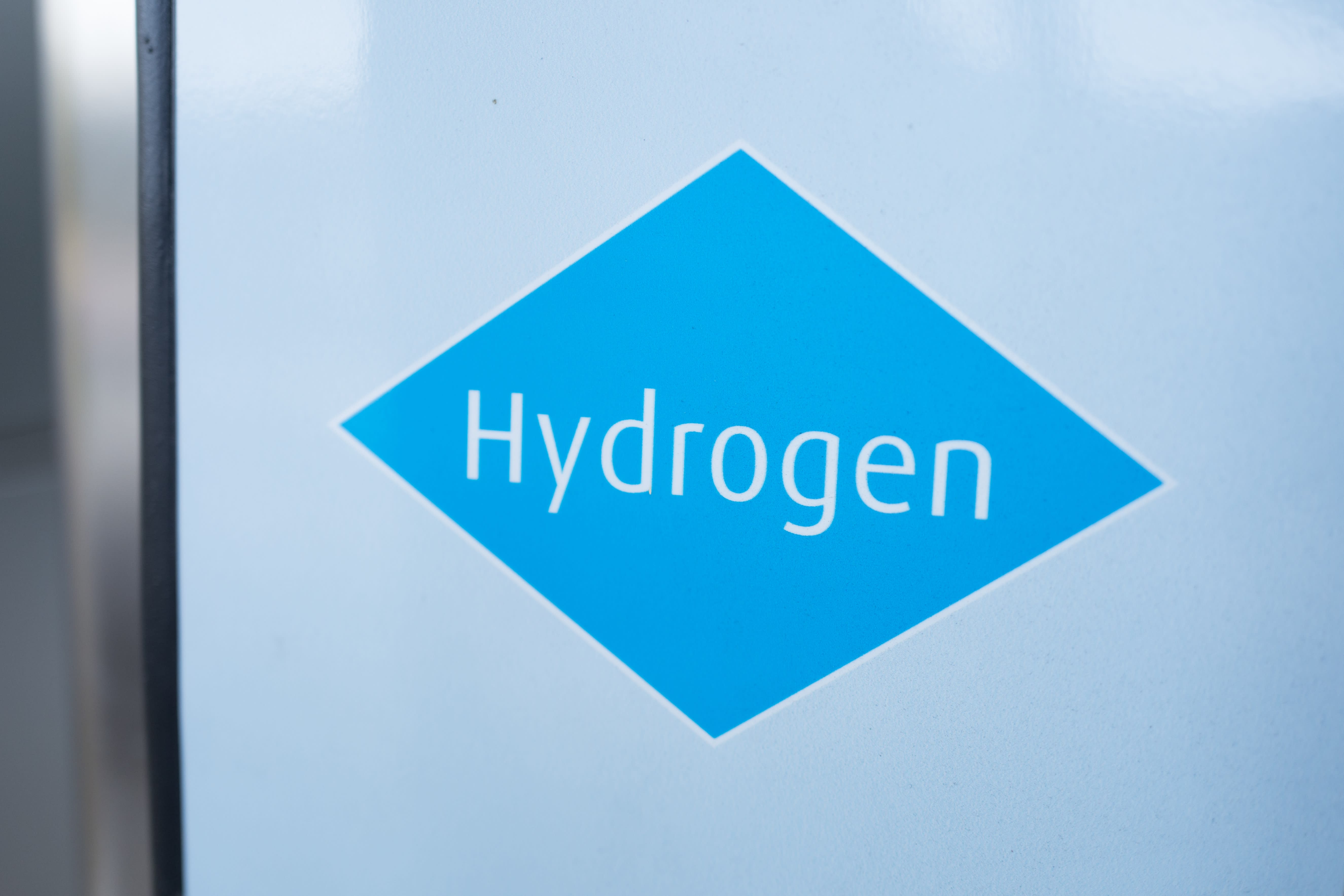 Smith Collection/Gado | Archive Photos | Getty ImagesThe U.K. government published a new strategy on hydrogen use Tuesday, saying the country’s hydrogen economy could potentially support up to 100,000 jobs and be worth as much as £13 billion ($17.88 billion) by the middle of the century.In a foreword to the strategy, Kwasi Kwarteng, the U.K.’s business and energy secretary, said the government, working with industry, wanted 5 gigawatts of “low carbon hydrogen production capacity” by the year 2030, which would be used across the economy.”This could produce hydrogen equivalent to the amount of gas consumed by over 3 million households in the UK each year,” Kwarteng said.Explaining how it could be deployed in the years ahead, he added: “This new, low carbon hydrogen could help provide cleaner energy to power our economy and our everyday lives — from cookers to distilleries, film shoots to power plants, waste trucks to steel production, and 40 tonne diggers to the heat in our homes.”While there is excitement about potential use cases for low carbon hydrogen, the government’s strategy also tempered expectations when it came to using it for heating, stating it expected demand “to be relatively low” by 2030.The 5 GW target was previously included in the government’s 10-point plan for a so-called “green industrial revolution,” published last November.In a statement accompanying the strategy’s publication, authorities said that by 2050, 20% to 35% of the U.K.’s energy consumption could be hydrogen-based. In the medium term, the U.K.’s hydrogen economy could unlock £4 billion of investment and support more than 9,000 jobs by the year 2030, the government said.Alongside its Hydrogen Strategy, the U.K. government also published consultations related to low carbon hydrogen standards, a net zero hydrogen fund and a hydrogen business model.Read more about clean energy from CNBC ProOne of the strategy’s key strands is to support what the government described as a “twin track” approach to different technologies, including “green” and “blue” hydrogen, with more details on production set to be released in 2022.Described by the International Energy Agency as a “versatile energy carrier,” hydrogen can be produced in a number of ways.One method includes using electrolysis, with an electric current splitting water into oxygen and hydrogen. If the electricity used in this process comes from a renewable source some call it green hydrogen, which is currently expensive to produce.Blue hydrogen refers to hydrogen produced using natural gas — a fossil fuel — with the CO2 emissions generated during the process captured and stored. Recently, blue hydrogen has generated a significant amount of debate.Just last week a study by researchers at Cornell and Stanford Universities, published in the peer-reviewed journal Energy Science & Engineering, said greenhouse gas emissions from blue hydrogen production were “quite high, particularly due to the release of fugitive methane.” Basing their analysis on a set of default assumptions, the study’s authors went on to claim that blue hydrogen’s greenhouse gas footprint was “more than 20% greater than burning natural gas or coal for heat and some 60% greater than burning diesel oil for heat.”Back in the U.K., responses to the government’s long-awaited strategy for hydrogen were mixed.Frank Gordon, director of policy at the Association for Renewable Energy and Clean Technology, said it provided “welcome clarity.””The REA urged the government to provide certainty for investors, deliver a technology neutral approach and highlight the range of low carbon pathways,” Gordon added.”The Hydrogen Strategy starts to answer those calls and offers a positive vision for the role of hydrogen in meeting the UK’s net zero ambitions.”Elsewhere, Dan McGrail, CEO of trade association RenewableUK, called for more when it came to green hydrogen. “While we welcome positive steps like the new Net Zero Hydrogen Fund, overall the strategy doesn’t focus nearly enough on developing the UK’s world-leading green hydrogen industry,” he said.”In the year when the UK is hosting the biggest climate change summit for years, we fear that international investors in renewable hydrogen may compare this strategy to those of other countries and vote with their feet. The Government must use the current consultation period to amend its plans and set out a clear ambition for green hydrogen.”