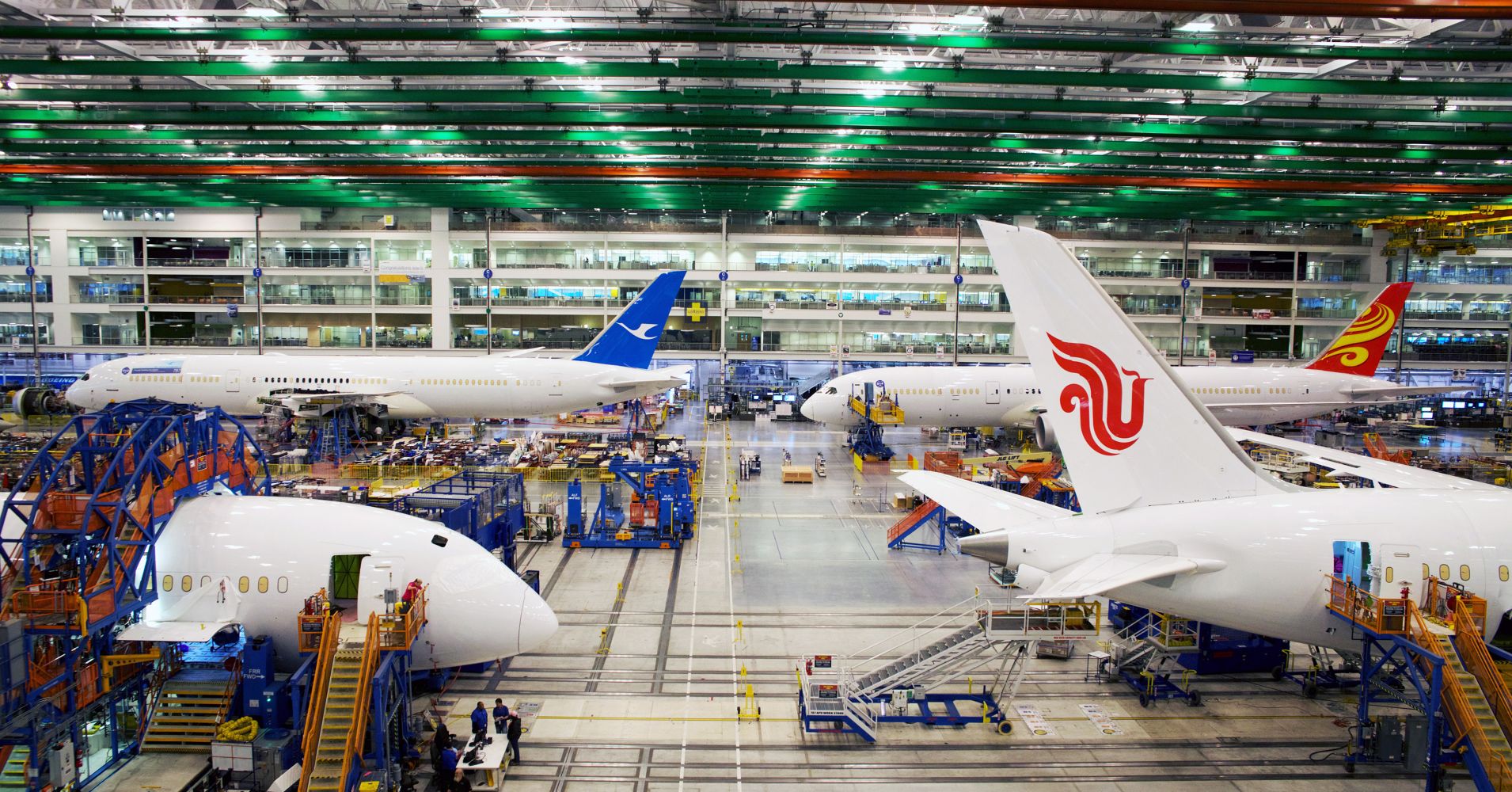 At a Boeing manufacturing facility in North Charleston, South Carolina, the aerospace giant reportedly pressured workers to speed up production while ignoring employee complaints about potential safety risks and defective manufacturing, according to a new report from The New York Times.

After interviewing more than a dozen current and former employees of the Boeing facility, which makes the 787 Dreamliner, and reviewing “hundreds of pages of internal emails, corporate documents and federal records,” The New York Times reported on Saturday that the newspaper’s investigation “reveals a culture that often valued production speed over quality.”

Boeing workers have filed numerous safety complaints with the federal government over issues ranging from shoddy manufacturing practices to tools and debris being left on planes, and workers say they have been pressured to not report regulatory violations to authorities, The New York Times reports. The investigation found that Boeing workers have installed faulty parts in planes at the facility, and that some aircraft have even taken test flights with debris such as tools and metal shavings inside the engine or tail, creating potential safety hazards.

Boeing has denied manufacturing problems with the Dreamliner, and the company said “Boeing South Carolina teammates are producing the highest levels of quality in our history,” in a statement to The New York Times. However, the newspaper also reported that at least one major carrier, Qatar Airways, had been frustrated by manufacturing issues at that particular Boeing facility, with the airline opting to only buy its Dreamliners from a different Boeing facility since 2014.

When reached for additional comment by CNBC, a Boeing spokesperson sent CNBC an internal memo sent today to Boeing employees by Brad Zaback, the vice president and general manager of Boeing’s 787 program.

“A story that posted in today’s New York Times, however, paints a skewed and inaccurate picture of the program and of our team here at Boeing South Carolina. This article features distorted information, rehashing old stories and rumors that have long ago been put to rest,” Zaback writes in the memo, the full text of which can be found below.

The report raises questions about the production process of Boeing’s 787 Dreamliner at a time when the company is already facing investigations, including a federal criminal probe, into the certification process for the Boeing 737 Max. Those probes followed a pair of deadly crashes involving the aircraft, with an Ethiopian Airlines 737 Max that crashed in March coming just months after a similar crash involving a Boeing 737 Max in Indonesia.

Read the full report in The New York Times

The 787 program has a lot to be proud of these days. Our transition to Rate 14 continues to be the most seamless rate transition in the program’s history, and our Boeing South Carolina 787 manufacturing operations are the healthiest they’ve ever been. More importantly, our quality metrics show that we are performing at all-time high levels as well. That is a testament to each of you, demonstrating your pride and your ongoing commitment to excellence with respect to both safety and quality.

A story that posted in today’s New York Times, however, paints a skewed and inaccurate picture of the program and of our team here at Boeing South Carolina. This article features distorted information, rehashing old stories and rumors that have long ago been put to rest.

I want all BSC teammates to know that we invited the New York Times to visit Boeing South Carolina once they contacted us, so that they could see first-hand the great work that is done here. They declined this invitation.

The allegations of poor quality are especially offensive to me because I know the pride in workmanship that each of you pours into your work every day. I see the highest quality airplanes – airplanes that meet rigorous quality inspections and FAA standards – deliver on time on a regular basis from Boeing South Carolina, where they perform exceptionally well in service for our valued airplane customers around the world. Our customers feel the same way, and shared their own thoughts with the New York Times:

American Airlines said it conducted rigorous inspections of new planes before putting them into service. “We have confidence in the 787s we have in our fleet,” said Ross Feinstein, a spokesman for the airline.

In fact, we also heard from Suparna Airlines and Norwegian in response to the story, and here’s what they told us:

Suparna Airlines: “The entire process of the aircraft delivery was very smooth. We want to thank the Boeing team in South Carolina who worked diligently with the Boeing standard and discipline to make the delivery a pleasant experience for us. The airplane has carried out more than 200 scheduled flights with total flight hours up to 500 at an operational reliability of 99.99%. We are happy with the performance of our first Dreamliner.”

Norwegian: “We are very satisfied with the quality and reliability of all our 33 Dreamliners, regardless of where they have been assembled.”

The inaccurate picture the New York Timespaints is also offensive to me because they are counter to our company’s core values. Quality is the bedrock of who we are. That’s why we relentlessly focus on quality improvements and FOD elimination at all Boeing locations. No matter how good we are today, we always believe we can be even better tomorrow. That drive to be the best will never change at Boeing as we continue to strive to be a Global Industrial Champion and the leader in quality.

It’s unfortunate and disappointing that the New York Times chose to publish this misleading story. This story, however, does not define us. Our company and our customers recognize the talent, skill and dedication of this excellent Boeing South Carolina team that works together to assemble and deliver incredible airplanes. I want to leave you with a word from Kevin McAllister, Boeing Commercial Airplanes president and CEO, which was not included in full from the New York Times:

“Safety and quality are at the core of Boeing’s values – there is nothing more important than that. The 787 program has delivered 823 airplanes to more than 76 customers since its launch. As Boeing marks 10 years in North Charleston, our more than 7,000 Boeing South Carolina teammates are producing the highest levels of quality in our history. And, we are seeing this translate across our work and the in-service performance with our customers. We test our airplanes and verify components are fully operational, and when we find a component that is not, it is replaced and tested again. This is core to our quality system, as it is for the industry. I am proud of our teams’ best in-process quality of production and stand behind the work they do each and every day.”

This is a team that I am very proud to be a part of, and I’m thankful for all that you do every day.

US intelligence reportedly says Huawei funded by Chinese state security
How Funko Pops are made
To Top
error: Content is protected !!