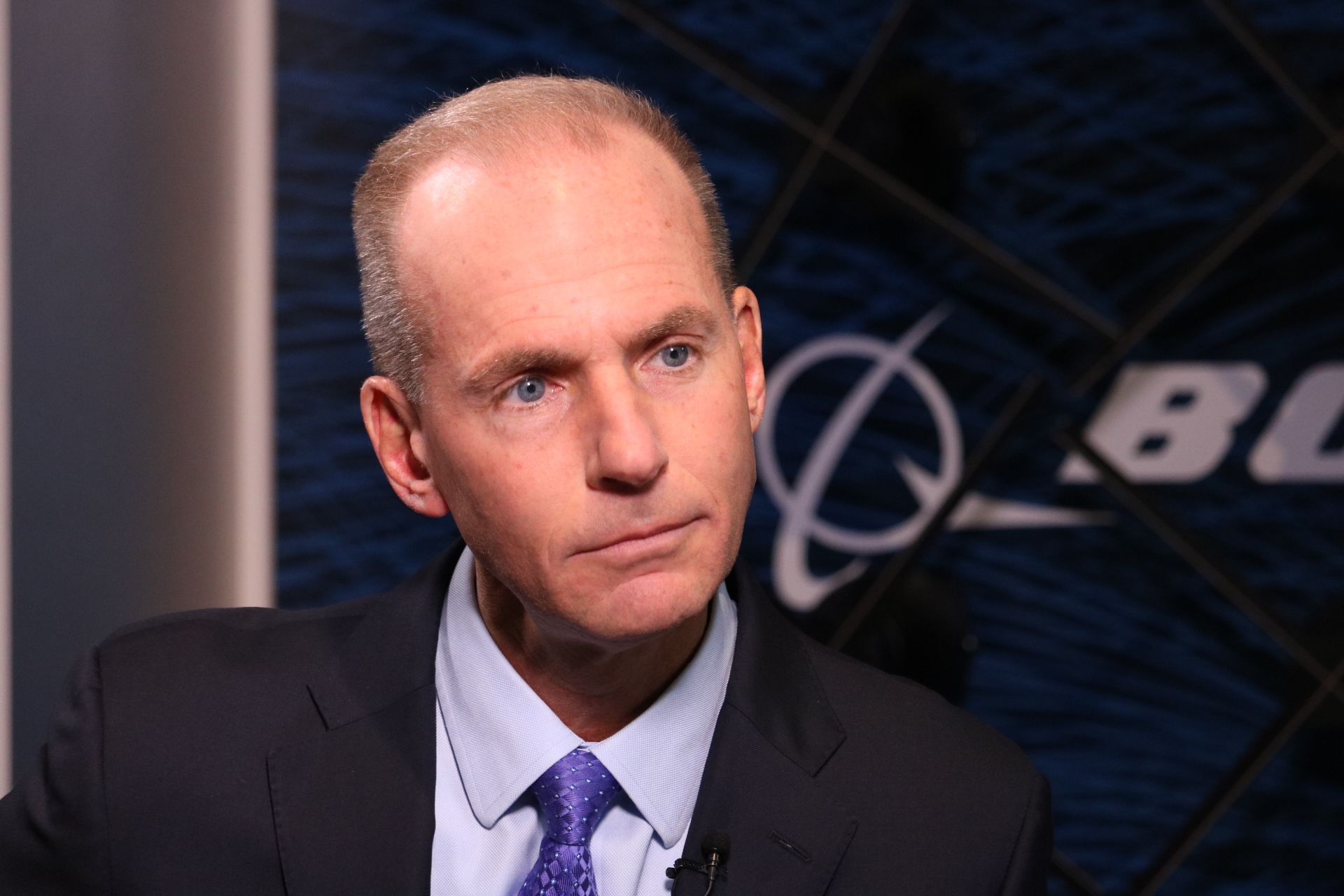 Boeing Chief Executive Dennis Muilenburg speaks during their annual shareholders meeting at the Field Museum on April 29, 2019 in Chicago, Illinois.

Boeing CEO Dennis Muilenburg said Monday that the company has conducted almost 500 test flights with a new software update to its grounded 737 Max planes that he hopes will help win back the confidence of the flying public.

“We know that trust has been damaged over the last few months, and we own that and we are working hard to re-earn that trust going forward,” Muilenburg said in an interview at the Global Business Travel Association conference in Chicago. He said the company has focused on updating software to make the Boeing 737 Max as safe as possible.

The planes have been grounded worldwide since mid-March after two crashes within five months of one another claimed 346 lives.

Muilenburg said that he has personally flown on two of the test flights, and that Boeing employees are “eager to do the same.”

Boeing announced in July that the company will take a $4.9 billion charge in the second quarter due to the jetliner’s grounding. The company reported its worst ever quarterly loss of $2.9 billion later that month.

Muilenburg also reiterated the company’s plan to submit a certification package to the Federal Aviation Administration in September, and that he expects the 737 Maxes to return service early in the fourth quarter.

Cathay Pacific monitoring passengers with onboard cameras
Nearly 25% of households will ditch traditional TV by 2022
To Top
error: Content is protected !!