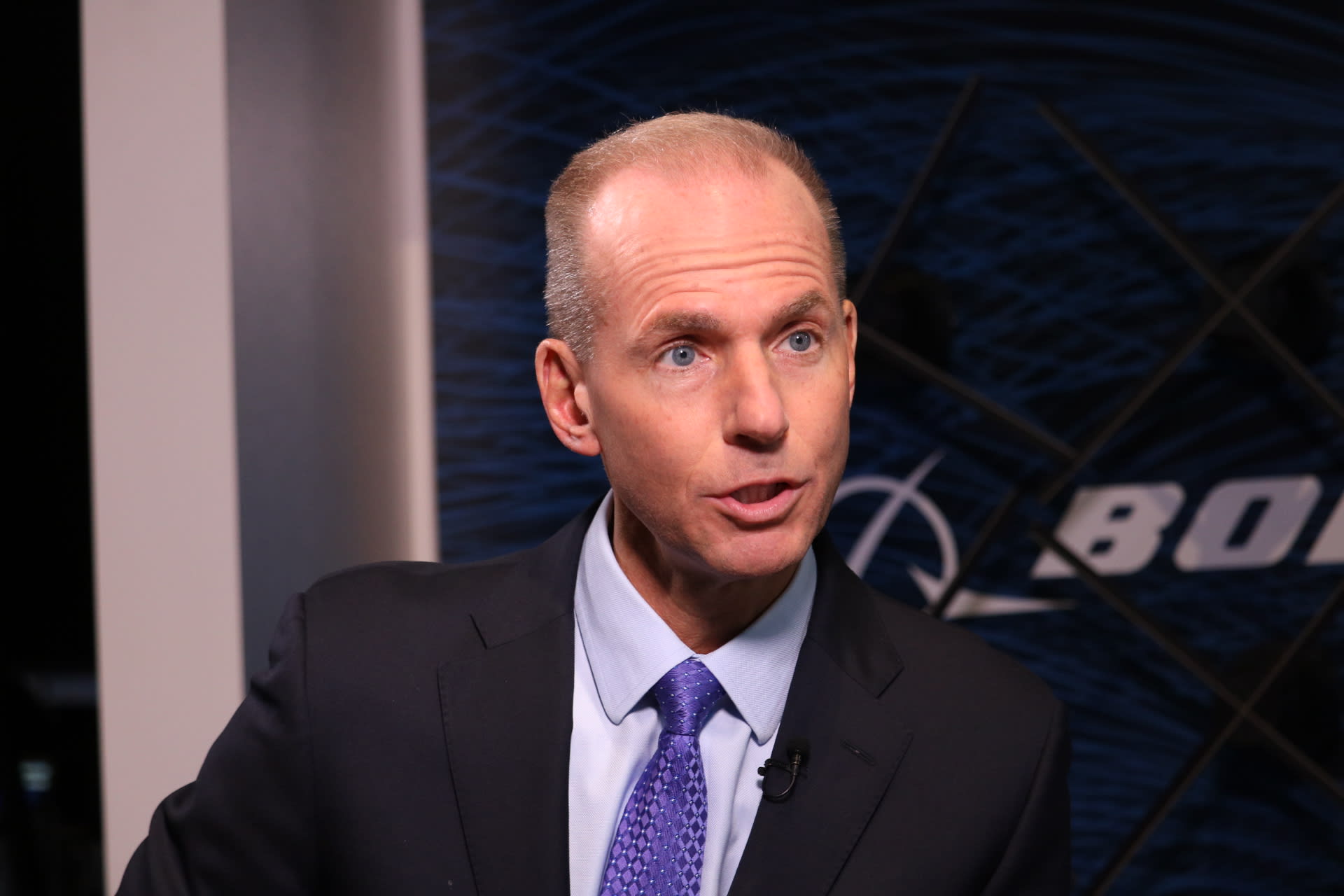 Dennis Muilenburg, CEO of Boeing Inc. speaking at the Business Roundtable CEO Innovation Summit in Washington D.C. on Dec. 6th, 2018. Janhvi Bhojwani | CNBCThe Boeing 737 Max, grounded for the last six months after two fatal crashes, might not return to service in every country on the same timeline, depending on when global regulators deem the plane airworthy, CEO Dennis Muilenburg said Wednesday.The manufacturer has developed a software fix for the jets, its best-selling plane, but hasn’t yet submitted it to regulators for approval.Muilenburg told an industry conference that Boeing still expects the planes to return to service early in the fourth quarter, but regulators across the globe may not clear it for flight at the same time.”I think the phased ungrounding of the airplane amongst regulators around the world is a possibility,” he said.Boeing shares were up by about 3% in afternoon trading.Earlier this month, the European Union Aviation Safety Agency, the Federal Aviation Administration’s counterpart in Europe, said questions remained about the angle-of-attack sensors on the planes, which measure the angle of the plane compared with oncoming air.Erroneous data from these sensors were implicated in both 737 Max crashes, in which a flight-control software that automatically pushes the nose of the planes downward when it senses a stall was activated.Boeing changed the flight control system, known as MCAS, to feed it data from two sensors instead of just one, as a second check to ensure the data is accurate.In a presentation for the European Parliament, EASA’s executive director, Patrick Ky, said that there was “still no appropriate response to angle of attack integrity issues.””We’re going to respect individual questions from different regulators,” Muilenburg said. “EASA has brought up some questions that we’re working our way through. I wouldn’t see those as divisive.”The questions don’t “necessarily mean hardware changes,” but that they can likely be answered with simulators and software, if needed, he added.

With bid for TikTok, Walmart looks to turn a political turf war to its own advantage

Nearly 25% of households will ditch traditional TV by 2022