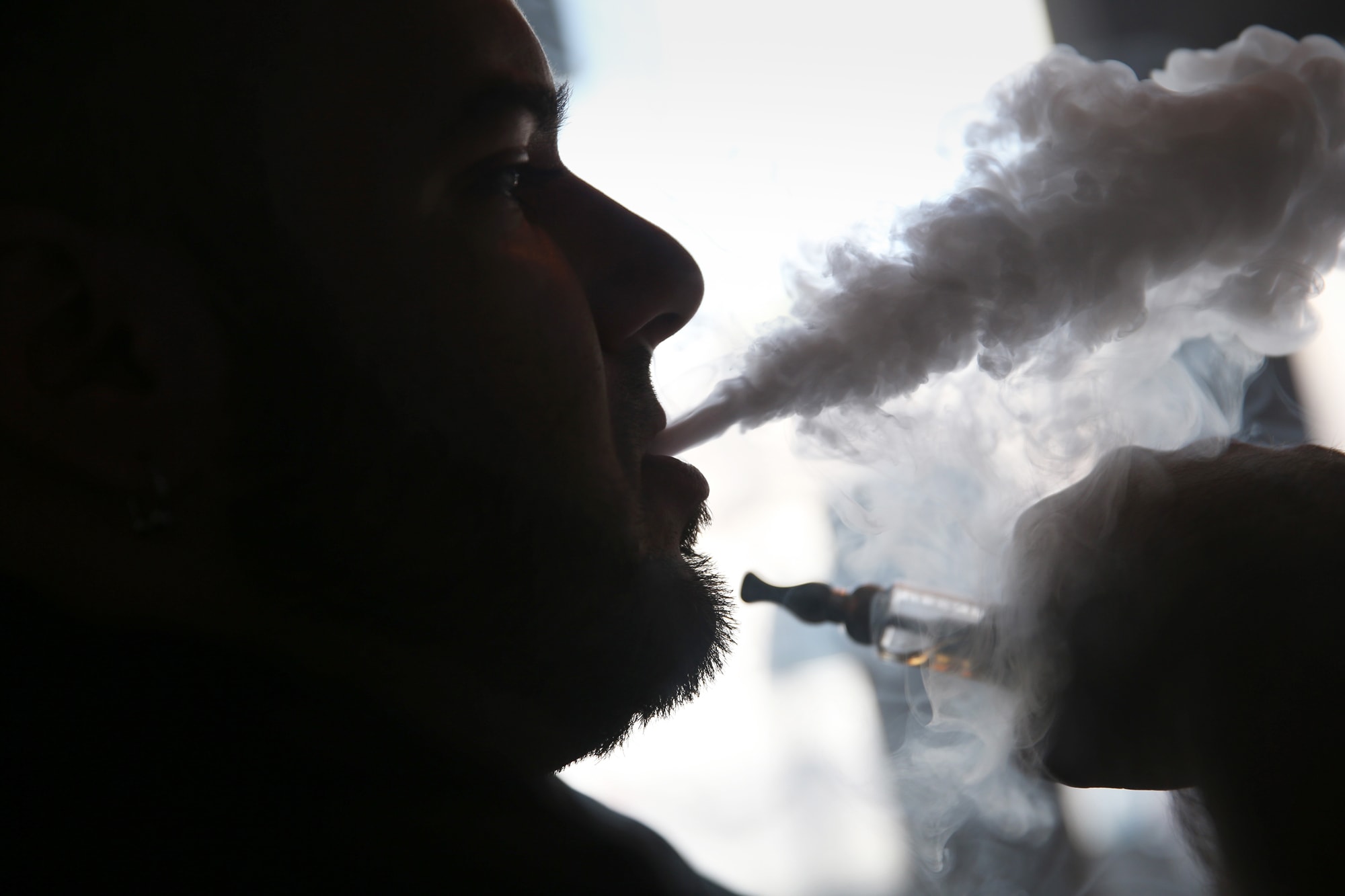 The Trump administration is preparing to ban flavored e-cigarettes as federal health officials call for restrictions to combat an outbreak of a mysterious lung disease that has sickened hundreds and killed at least six people, U.S. Health and Human Services Secretary Alex Azar told reporters Wednesday.The Food and Drug Administration is currently finalizing its guidance to remove all non-tobacco flavors of e-cigarettes, including mint and menthol, from the market within 30 days. Companies might be able to reintroduce their flavors at a later date, so long as they submit a formal application and receive approval from the FDA.Vaping companies such as Juul have been criticized for hooking children on e-cigarettes with flavors such as mango and creme. The surge in underage vaping, which U.S. health officials have labeled as an “epidemic,” is one of the reasons why they plan to ban them — at least until the FDA can thoroughly review their safety, Azar said after meeting with President Donald Trump at the White House on the issue.”The Trump Administration is making it clear that we intend to clear the market of flavored e-cigarettes to reverse the deeply concerning epidemic of youth e-cigarette use that is impacting children, families, schools and communities,” Azar said in a statement. “We will not stand idly by as these products become an on-ramp to combustible cigarettes or nicotine addiction for a generation of youth.”It could take the FDA several weeks to develop the guidelines, Azar told reporters outside the White House with acting FDA Commissioner Ned Sharpless.Shares of Altria, which owns a 35% stake in e-cigarette company Juul, fell by less than 1%, while competitors PMI Group, Japan Tobacco, British American Tobacco and Imperial Brands all rose by between 1% and 3% in midday trading.A Juul spokesman told CNBC on Wednesday, “We strongly agree with the need for aggressive category-wide action on flavored products. We will fully comply with the final FDA policy when effective.”Azar said they want to keep tobacco-flavored e-cigarettes on the market for adults who may be using them to quit smoking. The FDA has embraced e-cigarettes as a less harmful way for smokers to satisfy their nicotine addiction than smoking cigarettes. Skyrocketing numbers of minors started using the products, forcing the FDA to reverse course.”If we find that children start surging into tobacco-flavored e-cigarettes or if we find marketing practices that target children and try to attract them into tobacco-flavored e-cigarettes, we will engage in enforcement actions there also,” he told reporters.The effort to ban flavored e-cigarettes has started picking up momentum. Michigan, San Francisco, and Boulder, Colorado, have banned flavored e-cigarettes. Michael Bloomberg, the billionaire and former New York mayor, pledged $160 million to help enact similar restrictions around the country.The FDA was supposed to start reviewing e-cigarettes, a relatively new market, last summer until former FDA Commissioner Scott Gottlieb pushed back the review until 2022. The proposal outlined Wednesday essentially moves the FDA’s timeline to review flavors up to this year. All companies must submit applications in May 2020 per a federal court judge’s ruling issued in July.Preliminary data from the Centers for Disease Control and Prevention’s annual survey of teens showed more than a quarter of high school students used e-cigarettes within the past 30 days, with the “overwhelming majority” saying they vaped fruit and menthol or mint flavors, HHS said in a press release.The FDA is in the process of banning menthol cigarettes.Regulators have blamed the teen vaping “epidemic” on one e-cigarette manufacturer in particular, Juul. The San Francisco-based company makes a sleek device and flavors including mango, creme and fruit. Its cartridges pack a powerful punch, with one pod delivering as much nicotine as a pack of cigarettes. Former White House spokesman Josh Raffel joined Juul’s communications team last year.Gottlieb labeled teen vaping an “epidemic” almost exactly a year ago. Under Gottlieb, the FDA moved to limit sales of fruity flavors to age-restricted stores, such as vape shops. Lawmakers and public health groups have urged the agency to do more, with Minority Whip Dick Durbin last week telling Sharpless to take “decisive action” or else resign.”Finally, the FDA is doing its job,” Durbin said in a statement Wednesday.American Vaping Association President Gregory Conley criticized the planned ban, saying in a statement it would “remove life-changing options from the market.”Wednesday’s announcement comes as members of Congress increasingly pressure the administration to rein in the e-cigarette industry.The CDC is investigating more than 450 cases of lung disease officials suspect were caused by vaping.Some officials have honed in on a vitamin E oil that’s been added to some THC vaping products as a possible cause. Regardless, the outbreak has fueled calls to restrict the e-cigarette industry amid what regulators are calling an “epidemic” of teen vaping.Trump called on the FDA to get to the bottom of the outbreak.— CNBC’s Eamon Javers and Kevin Breuninger contributed to this report.

Black Friday may have seen ‘fundamental change’ due to Covid pandemic

Minnesota National Guard to test all of its deployed officers