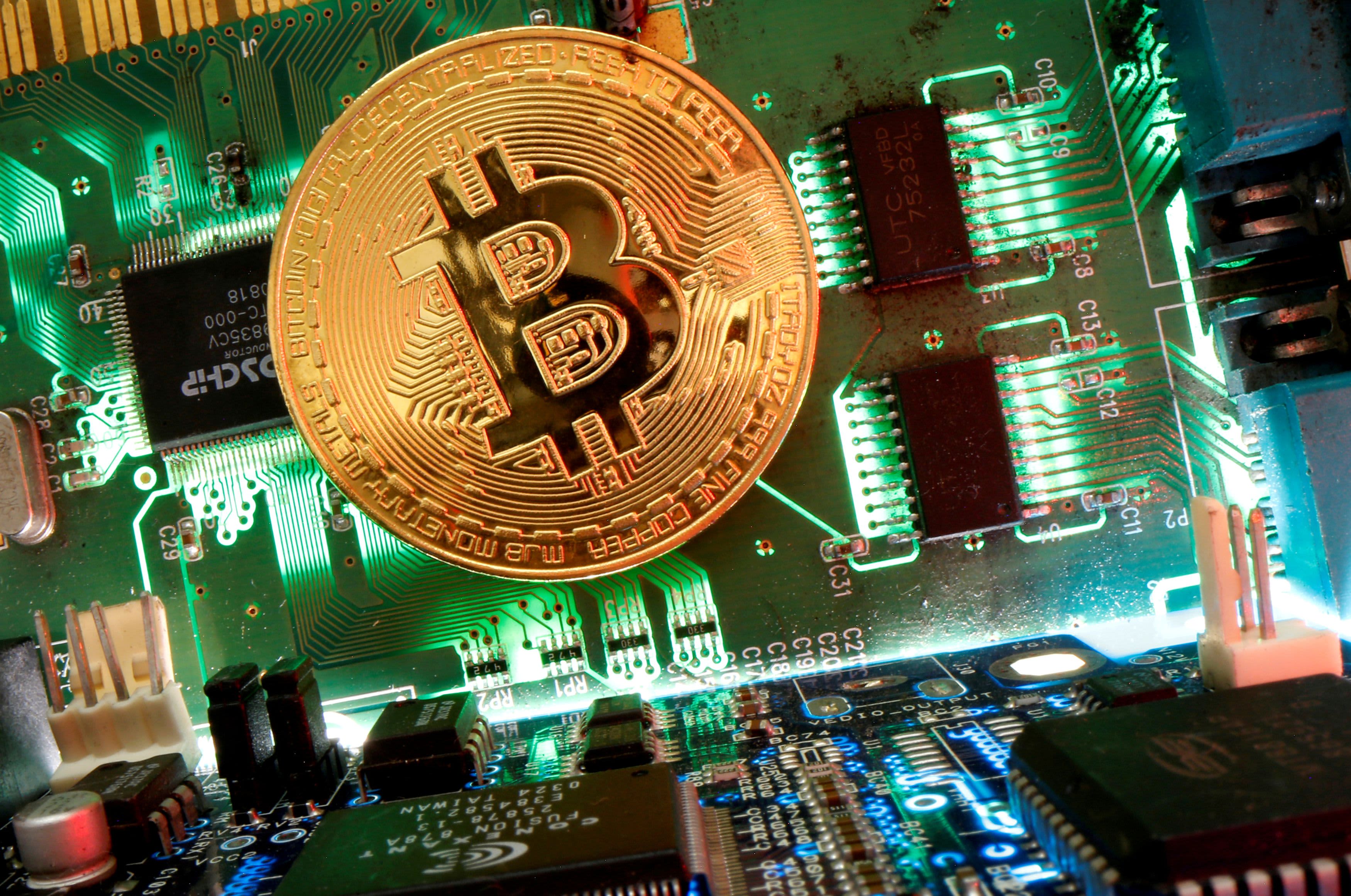 Representation of the virtual currency Bitcoin is seen on a motherboard in this picture illustration taken April 24, 2020.Dado Ruvic | ReutersBitcoin crossed a record high of $60,000 on Saturday morning, continuing its rally as major companies and financial institutions adopt cryptocurrencies.Bitcoin, the world’s biggest cryptocurrency, was at $60,415.34 as of 7:25 a.m. ET, according to Coinbase, recovering from a dip at the end of February that followed a previous record high that month.The digital currency is up 963% over the last 12 months, according to Coinbase. Its value surpassed $1 trillion last week for the second time this year. Bitcoin’s rally is driven partly by increased adoption by larger institutional investors and firms and speculative demand. Tesla has purchased $1.5 billion worth of bitcoin and plans to accept the digital coin as payment for its products, a decision that sparked more widespread interest.Mastercard also said it will open up its network to some digital currencies. And PayPal and BNY Mellon have made some moves into the space.Bitcoin believers argue that the current rally is fueled by demand from institutional investors and is different than past rallies, such as when bitcoin skyrocketed to nearly $20,000 in late 2017 before losing about 80% of its value the next year.Others argue that bitcoin and other cryptocurrencies have no intrinsic value and worry that bitcoin could be one of the biggest stimulus-fueled market bubbles on record.

Covid vaccine skepticism will prevent U.S. from reaching normalcy, ICU doctor says
Minnesota Timberwolves could sell for over $1 billion, but they’re saddled with leadership and image problems
To Top
error: Content is protected !!