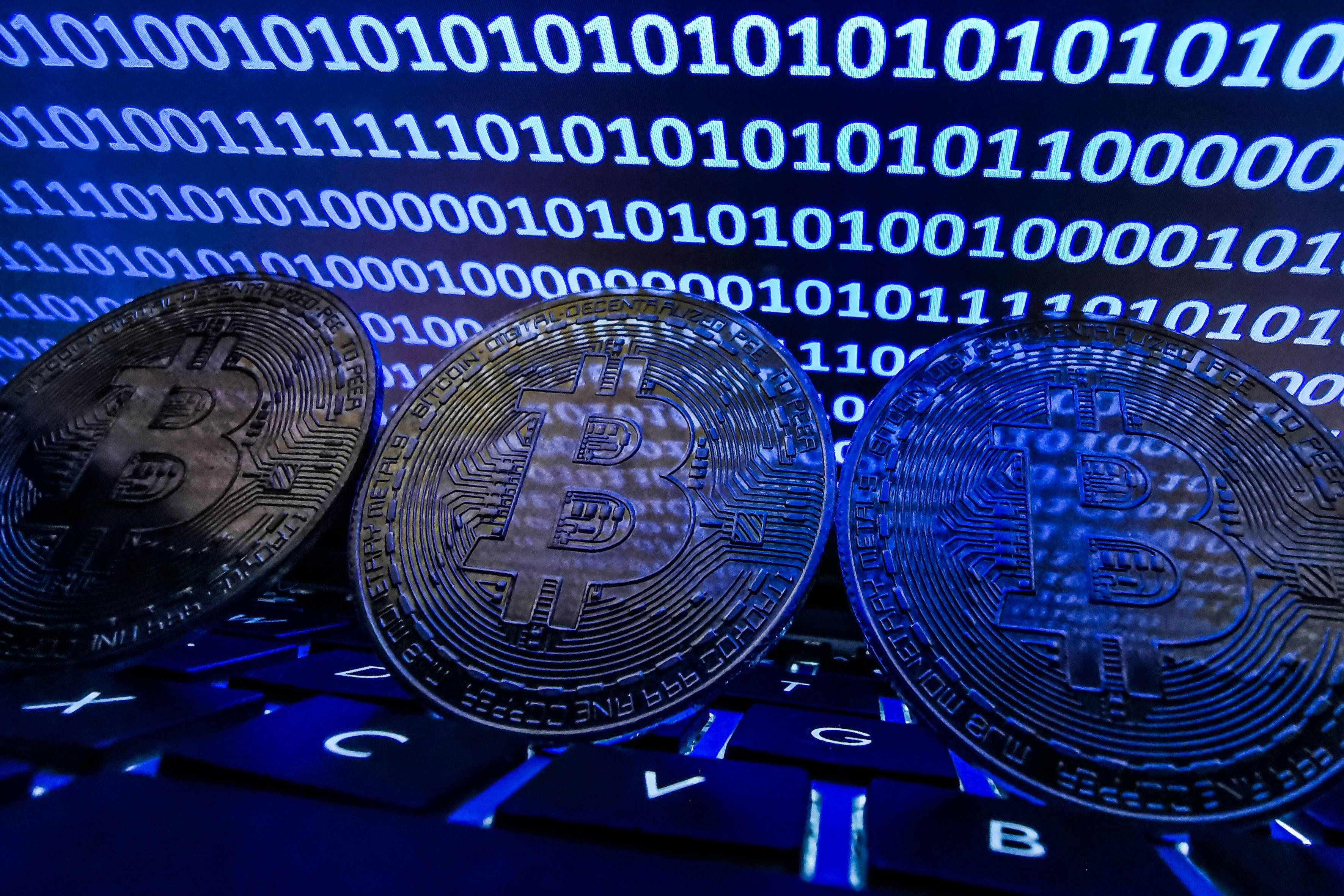 An illustration showing physical bitcoins alongside binary code displayed on a laptop.Jakub Porzycki | NurPhoto via Getty ImagesBitcoin neared $50,000 as it continues to rebound after months of weaknessThe world’s largest digital currency by market value rose to $49,821 on Saturday afternoon in New York, according to data from Coinbase. It was trading at a price of $48,876 as of 10 a.m. ET on Sunday.The recovery comes after Bitcoin was trading at a price between roughly $30,000 and $40,000 over the last several months. It had dropped from a record of almost $65,000 in mid-April.Ether, the coin linked to the ethereum blockchain network, also rose recently, reaching $3,295 early Saturday, according to Coinbase.Global cryptocurrency adoption among individual investors has risen significantly over the past year, according to Chainalysis, a blockchain data firm. Global crypto adoption rose roughly 881% in the last year.The global cryptocurrency market cap was at $2.16 trillion on Sunday, according to data from CoinGecko.com, and cryptocurrency trading volume in the last day was at $109 billion.

Southwest weighs schedule changes, apologizes to staff after complaints about a grueling summer
National parks are booming. That may ruin your next trip
To Top
error: Content is protected !!