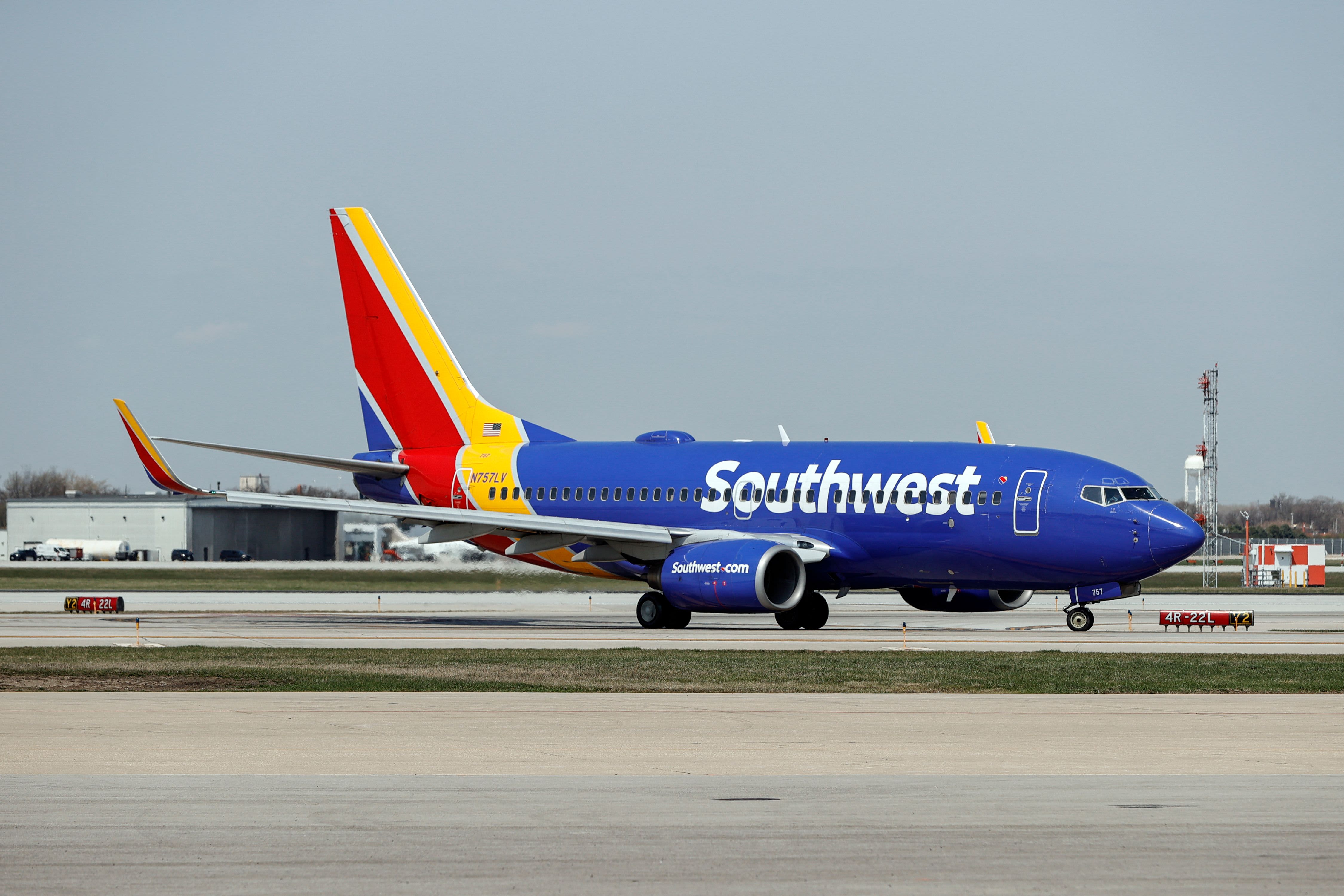 A Southwest Airlines Boeing 737-7H4 jet taxis to the gate after landing at Midway International Airport in Chicago, Illinois, on April 6, 2021.Kamil Krzaczynski | AFP | Getty ImagesSouthwest Airlines on Friday apologized to staff after their unions complained about grueling schedules this summer and said it was weighing scheduling changes for later this year.The carrier added more flights back to its schedule compared with some of its competitors, an effort to capitalize on a surge in travel demand.The increase in bookings was a welcome change compared to “a year ago, but we have to be honest with ourselves: it’s also taken a toll on our operation and put a significant strain on all of you. And for that, I am sincerely sorry,” wrote COO Mike Van de Ven in a staff note, which was seen by CNBC.Staffing shortages have exacerbated problems like bad weather for some airlines this summer, adding to flight cancellations and delays. Southwest had a 64% on-time arrival rate between June 1 and August 18, lower than American, Delta and United, according to data from Cirium.Van de Ven said the carrier is “continuing to evaluate our fourth quarter flight schedules, and we’re taking a serious look at flight levels to ensure that our flying aligns with the staffing needed to operate within this more complicated COVID environment.”Southwest declined to comment further, but TWU Local 556, which represents the carrier’s flight attendants, late Friday told members that the airline has reversed course on plans to add an additional 720 crew assignments to their schedules for September.Southwest pilots’ union on Thursday said it was considering pickets at U.S. airports over Thanksgiving and Christmas to protest tightly packed schedules, a lack of hotels and food options, and other issues. Flight attendants this week raised similar issues.”We will not be following our traditional staffing models as we reevaluate where we are in October, November, and December,” Van de Ven wrote. “You come first.”The airline said earlier this week it was struggling to hire new staff and offered bonuses worth about $300 for employee referrals.Southwest is “continuing to invest in a very aggressive hiring plan, even with a scaled-back schedule,” Van de Ven said.Earlier this month, the company cut its revenue forecast, blaming the fast-spreading Covid-19 delta variant for a decline in bookings and an increase in cancellations.This week, Spirit Airlines said it would trim some of its schedules for the rest of the third quarter after more than 2,800 cancellations cost the company some $50 million.