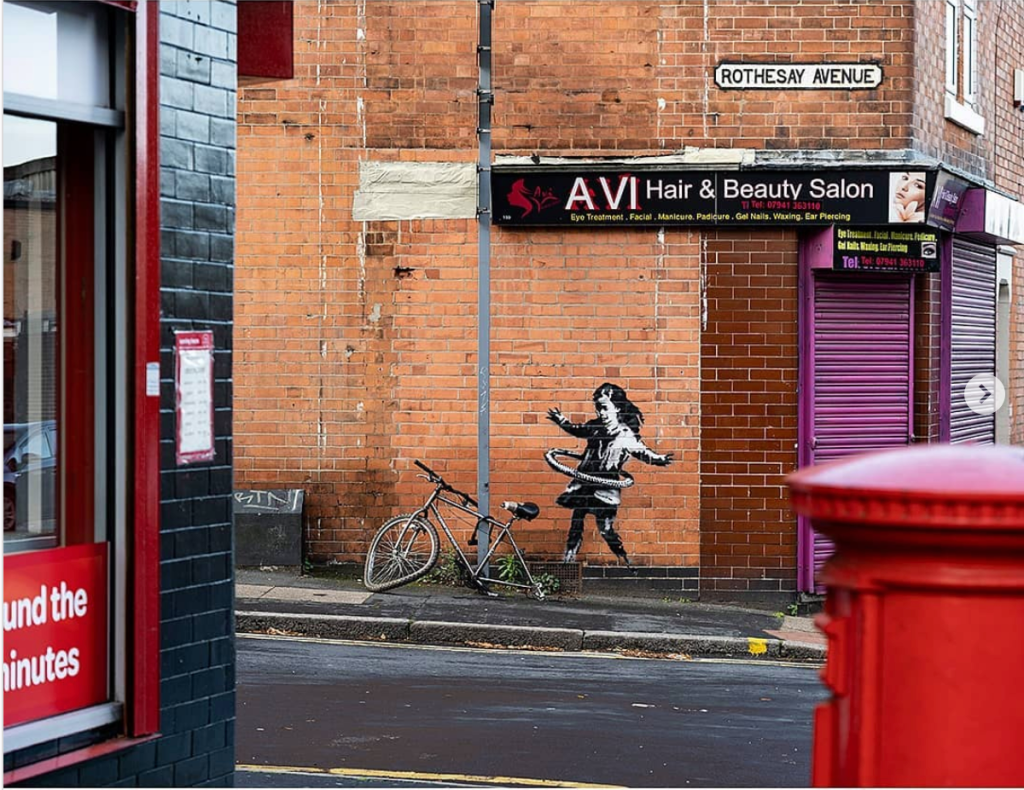 Monday, October 19
Aliza Nisenbaum to Create NHS Worker Portraits for Tate LiverpoolFor the Tate Liverpool in England, New York–based artist Aliza Nisenbaum create portraits of people who work in the health care field in Liverpool. The commission, which was organized by the NHS, includes two new large scale group portraits and 11 works on paper. The exhibition will run from December 15 through June 27, 2021. The commission will be on display alongside paintings created by Nisenbaum over the last five years, including London Underground: Brixton Station and Victoria Line Staff (2019), a mural created for the Brixton Underground station and a new film which focus on the creation of the NHS commission.

Banksy Unveils New Work in United KingdomThe street artist Banksy has created a new mural depicting a girl hula hooping with a bicycle tire in Nottingham, England. The black-and-white work is situated near a real bicycle missing its back wheel. Banksy posted an image of the work on Instagram this past weekend.
Academy Museum Appoints Chief Artistic and Programming OfficerThe Academy Museum of Motion Pictures, which is set to open in Los Angeles next year, has hired Jacqueline Stewart as chief artistic and programming officer. Joining the institution in January, Stewart comes from the University of Chicago department of cinema and media studies, where she teaches American film history; she is a scholar on African American cinema. In her new role, Stewart will oversee strategy and planning for the Academy Museum’s curatorial, educational, and public programs, including exhibitions, screenings, symposia, publications, workshops, and more.