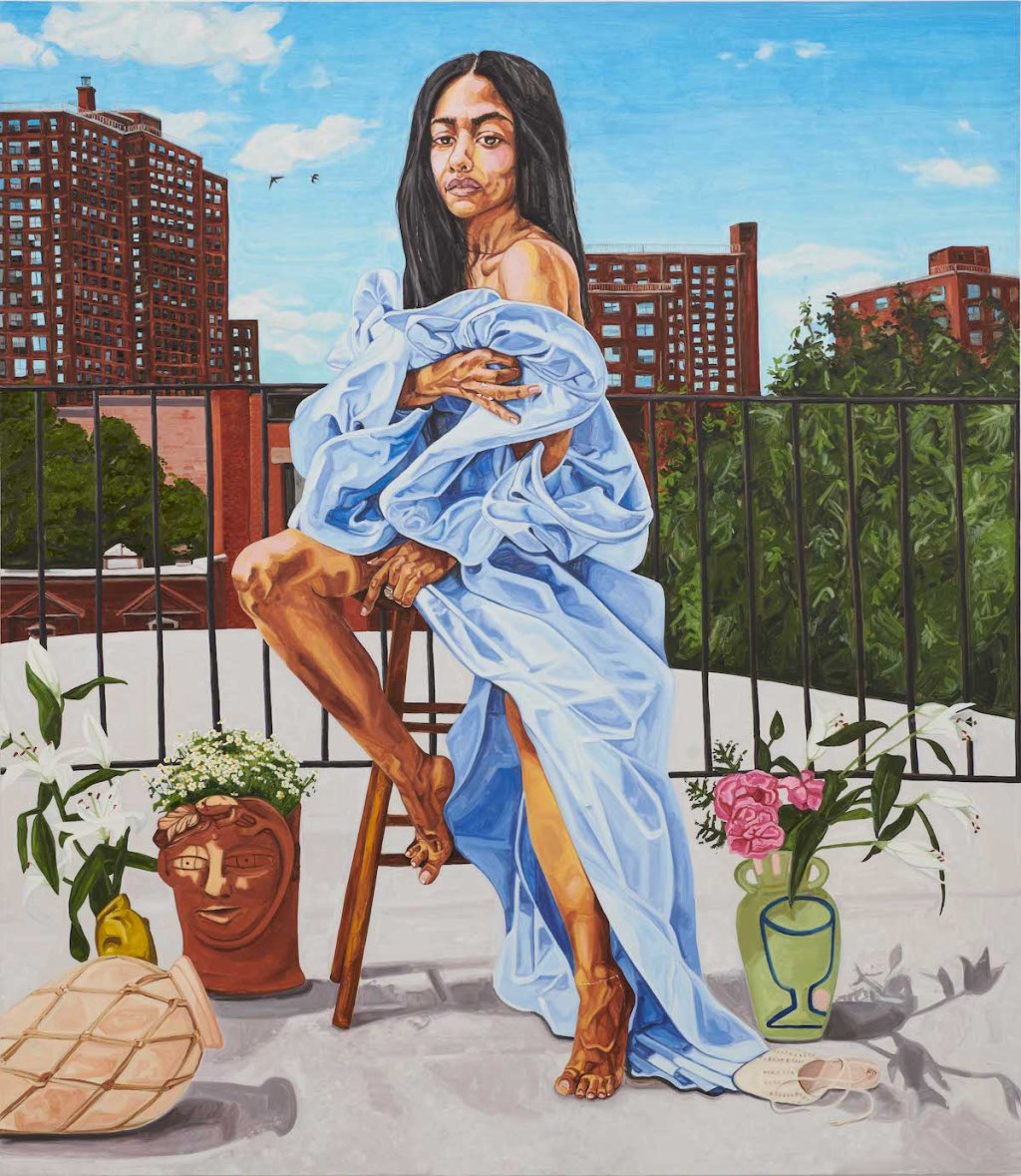 An iconic Jordan Casteel painting that appeared on the cover of the September issue of Vogue now has an owner. Pamela J. Joyner and Alfred J. Giuffrida have acquired Casteel’s Aurora (2020), featuring the fashion designer Aurora James, a representative for the artist’s gallery, New York’s Casey Kaplan, confirmed.
“I have an ongoing enthusiasm for and commitment to Jordan Casteel’s career,” Joyner, who has appeared on ARTnews’s Top 200 Collectors list each year since 2016, said. “I have also had an interest in the particular statements our artists are making during this unusual moment in history. So, we were honored when Jordan and her gallery offered us the opportunity to be custodians of this monumental work.”

The Casteel painting is one of several paintings by prominent Black artists that appeared on the cover of fashion magazines’ vaunted September issues this season. Alongside Casteel’s image of James, a painting by Kerry James Marshall also appeared on the cover of Vogue, and Amy Sherald’s portrait of Breonna Taylor was featured on the cover of Vanity Fair.
[For glossy magazines, Black art now matters.]
“I believe that what Aurora is doing is hugely important in creating the long-term change that Black people deserve and this country owes us,” Casteel previously said of the designer, who founded 15 Percent Pledge, an organization that calls on retailers to commit to reserving 15 percent of their shelf space for offerings by Black-owned brands. Currently, Casteel is having her first major museum show, at the New Museum in New York.
Joyner is among a generation of collectors who buy art with the intention of filling gaps within art history. Her focus has often been Black art, with major pieces by Alma Thomas, Sam Gilliam, Mark Bradford, and many more in her holdings of some 300 works. Recently, some of her and Giuffrida’s most prized artworks formed the basis for a traveling exhibition called “Solidary & Solitary: The Joyner/Giuffrida Collection.”
The acquisition of Aurora is a recent one, and while it would be tempting, for some collectors, to hold the work close, Joyner and Giuffrida have decided instead to put it on long-term loan to the San Francisco Museum of Modern Art. At that Californian institution, it will figure in the exhibition “On Beauty,” which runs through October 15, 2021. The show focuses on notions of beauty, and it also features work by Yinka Shonibare, Sherrie Levine, Cindy Sherman, and others.

“In more normal times we would have many collectors and curators visiting the collection in our home,” Joyner said. “Since this is not possible at the current time, I thought it best to lend Aurora to an institution where it can get the visibility it deserves.”