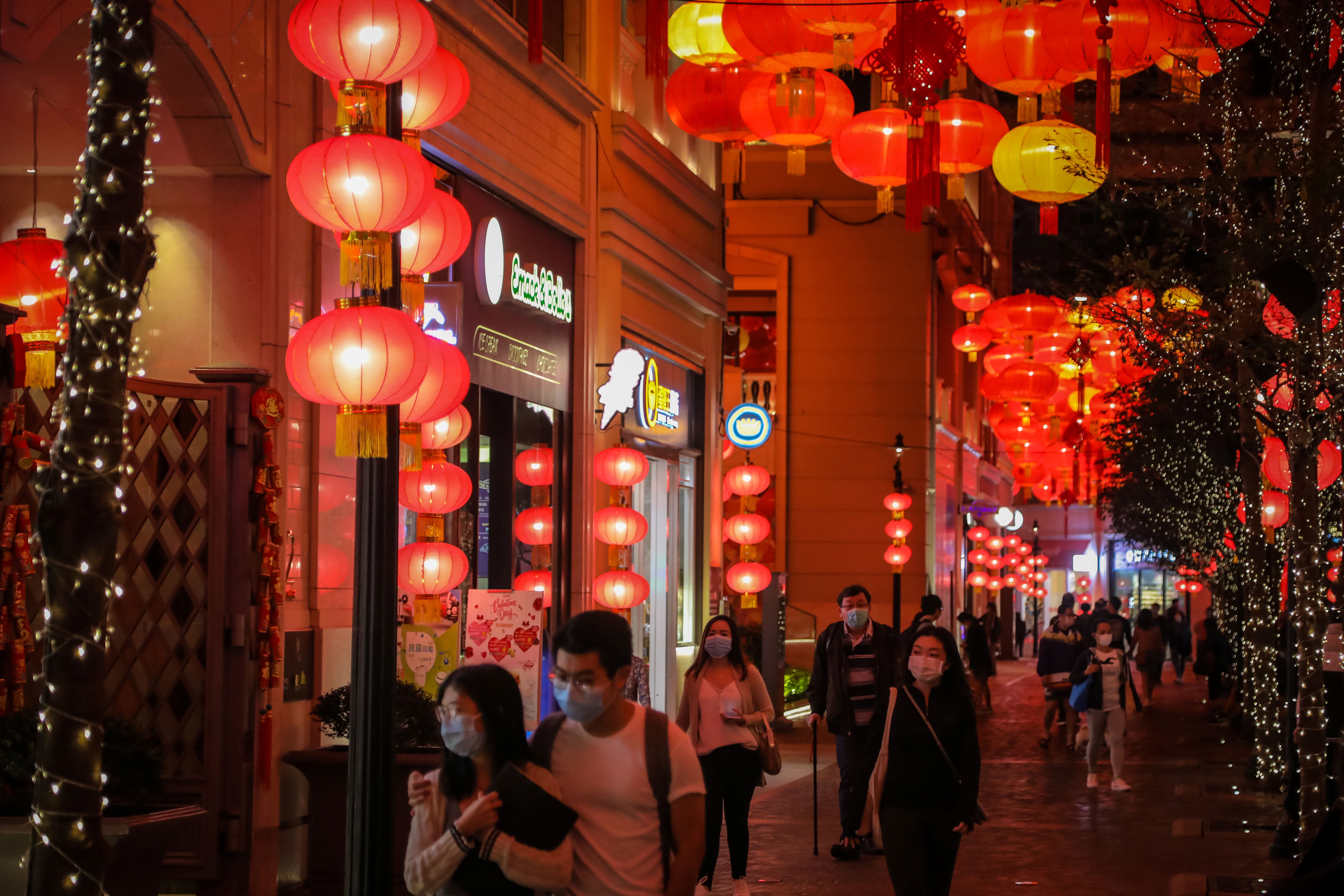 People wearing face masks as a precautionary measure against the spread of the Covid-19 novel coronavirus, walk down a street decorated with Chinese lanterns in Hong Kong on February 29, 2020.VIVEK PRAKASHThe Australian government has advised its citizens not to travel to Hong Kong, and to reconsider their need to remain in Hong Kong, due to uncertainties surrounding the new national security law there.”The new national security legislation for Hong Kong could be interpreted broadly. Under the law, you could be deported or face possible transfer to mainland China for prosecution under mainland law,” according to a notice on Thursday by the Australian Department of Foreign Affairs and Trade’s Smartraveller website.It added that the full extent of the law and how it will be applied is not yet clear and that Australians could be “at increased risk of detention on vaguely defined national security grounds. You could break the law without intending to.”Hong Kong is a special administrative region of China. The new law took effect last Tuesday, after the top decision-making body in the Chinese parliament voted to approve it.The city has experienced months of pro-democracy demonstrations that sometimes turned violent. Beijing says the Hong Kong national security law is aimed at prohibiting secession, subversion of state power, terrorism activities and foreign interference.Opponents of the law, including British Foreign Minister Dominic Raab, say it undermines Hong Kong’s autonomy that was promised when the special administrative region was handed over to China in 1997.Under the “one country, two systems” policy, the territory has a largely separate legal and economic system from the mainland that reflects its British colonial heritage. That framework — known as the Basic Law of the Hong Kong Special Administrative Region of the People’s Republic of China — is supposed to be in place until 2047.Since March, Australians have been banned from traveling overseas — unless they obtain an exemption, due to the coronavirus pandemic.