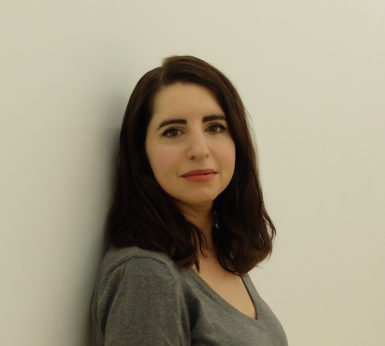 Artists Space, the storied alternative space and pillar of downtown New York since the 1970s, named Miriam Katzeff as its new deputy director in advance of opening in a new home in Tribeca later this year. Katzeff was the director and co-founder—with artist James Hoff—of Primary Information, a non-profit publisher of artists’ books and other media. From 2005 to 2014, she worked as a director at Team Gallery in Lower Manhattan. She has also curated shows at the Swiss Institute, MoMA PS1, White Columns, and the Institute of Contemporary Art in Philadelphia.

Artists Space has also named Hana Tran, a project manager for artist Jenny Holzer since 2005, as its new exhibitions manager and producer. With Holzer, Tran worked on site-specific commissions and exhibitions at institutions including the Louvre Abu Dhabi, Blenheim Palace, MASS MOCA, Tate Modern, and the Guggenheim Museum Bilbao.

In a statement, Jay Sanders, Artists Space’s executive director and chief curator, said, “I have known Miriam for many years, and it’s a real coup to have her joining Artists Space as we prepare for our imminent next chapter. I have long been an admirer of Primary Information, and I know that she will be a natural and brilliant fit for the work we are collectively undertaking. Miriam’s experience co-directing her own non-profit will guide how she innovates Artists Space’s operational and fundraising endeavors toward an adventurous and buoyant future.”

Of Tran, Sanders said, “Hana came to us through a highly competitive search process and will apply her rigorous skills and thoughtful expertise to how we bring the best organizational practices to bear as we scale up to our new gallery spaces.”

When it opens in its new building in Tribeca later this year, Artists Space will operate in 7,700 square feet of exhibition space that “harkens to the original artist lofts and artist-run spaces that defined downtown as a place for artists,” as described in previously announced plans. Of the prospects on the horizon, Sanders added, “I can’t wait to get started with Miriam and Hana, whose appointments bring us a major step forward in our vision for re-opening Artists Space. We’re thinking every day about what might unfold inside 80 White Street—how a new space and a radical and open programmatic vision can catalyze great things.”