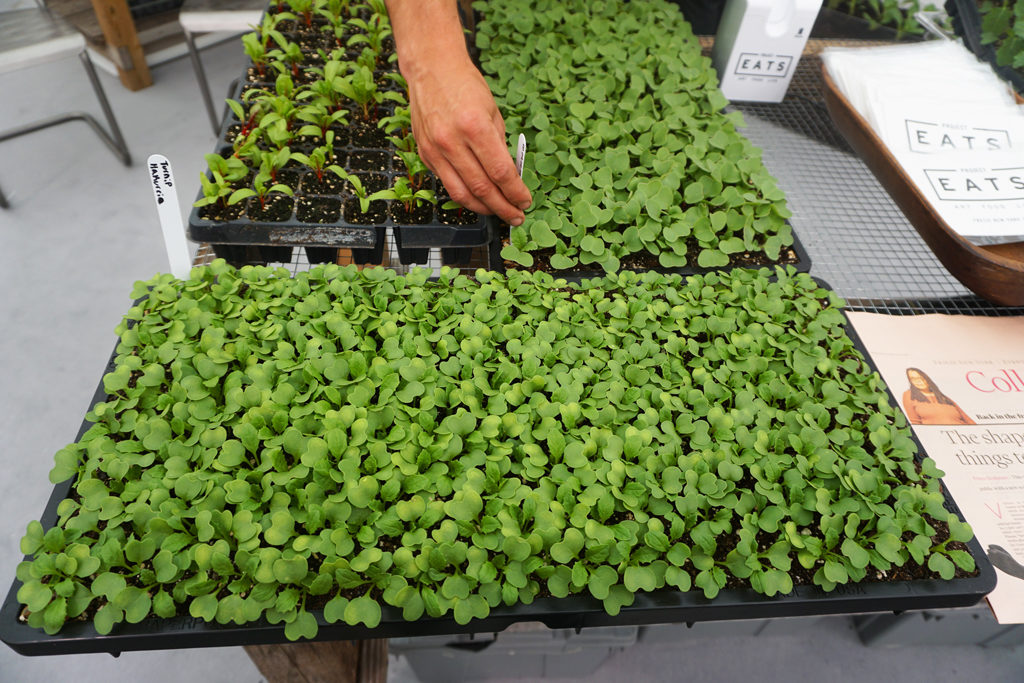 On Wednesday, at the VIP preview for the 2019 Frieze New York art fair, amid booth after booth of blue-chip art objects, a garden grows.

The sprouting vegetables in question are at the fair courtesy of Project EATS, an organization formed in 2009 by artist Linda Goode Bryant, who has previously worked as a filmmaker and a gallerist. Her most famous venture, New York’s Just Above Midtown (JAM) gallery, a pioneering art space that staged important early exhibitions for now-legendary black artists including David Hammons and Senga Nengudi, is the subject of a special section of this year’s Frieze. Curated by Pérez Art Museum Miami director Franklin Sirmans curated that section, the selection includes Project EATS, which is offering items sourced from a garden on Randall’s Island that’s a 10-minute walk from the fair’s tent.

“In 1986, I decided that there was an increased push in the art market toward the commodification of artworks, and I was not really interested in that,” Goode Bryant said, explaining the genesis of Project EATS. She sees the project as a continuation of her work with JAM, as a way to facilitate creativity and resourcefulness within marginalized communities. “Where I come from, they’re very much the same, the gallery and urban farming,” she said.

Project EATS currently has nine outposts around the city, with two more rooftop farms to come—one as part of the Lower East Side Essex Crossing development and another in the Bronx, the latter operated in collaboration with St. Barnabas Hospital. The Bronx garden partners with medical providers whose doctors “prescribe fresh vegetables as part of the patient treatment plan,” Goode Bryant said.

Despite being suspicious of the art market, Goode Bryant has remained optimistic about working within systems that might be less than ideal. “When JAM opened in 1974, we were all about putting artist’s work in a place where it could be seen by the larger public. So we were in it, but we weren’t of it,” she said, before noting that a good deal of the galleries on 57th Street and the Upper East Side were upset that JAM’s realtor had rented the gallery a space. “They were like, ‘What are you doing, why is this gallery here?’ ” she recalled.

She continued, “For me, the challenge of being [at Frieze], which is all about the commodification and sale of art, is seeing if you can twist it. . . . I’m excited to be here, because we may fall flat on our face with all this—you know, with vegetables growing and saying the things that we say—but from this I’ll learn how to better shift the space the next time.”