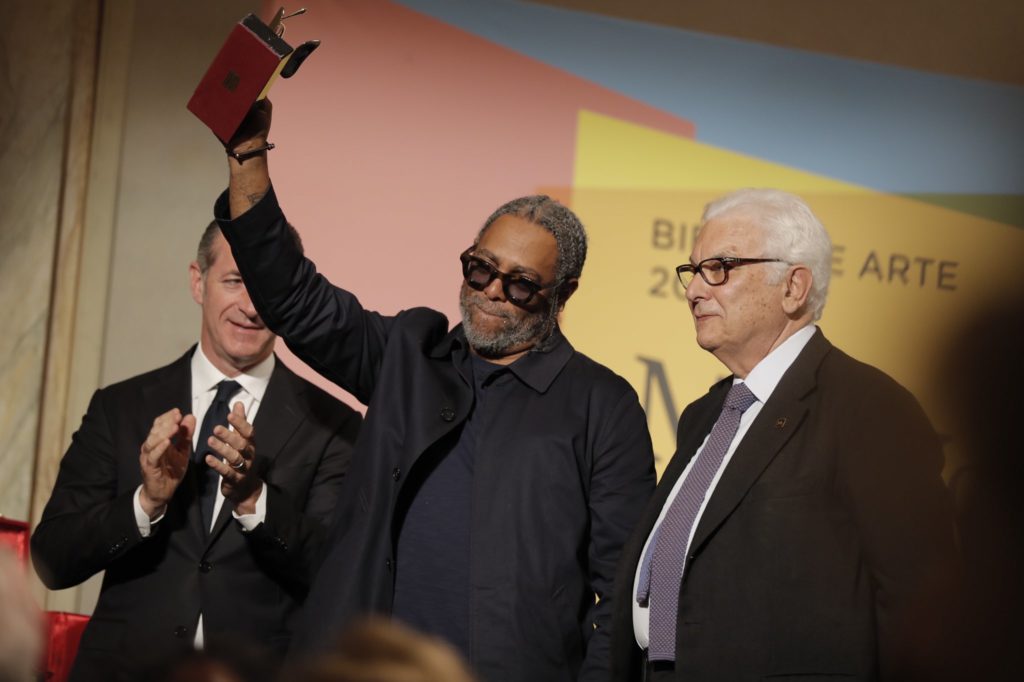 After a whirlwind week of opening events, the Venice Biennale has announced the winners of its prizes, the Golden Lions and Silver Lion.

The Golden Lion for best national participation at the 58th Biennale went to Lithuania, which presented Sun & Sea (Marina), an opera about climate change by Rugilė Barzdžiukaitė, Vaiva Grainytė, and Lina Lapelytė that is set on a manmade beach in a building on the outskirts of the Arsenale. It was selected from among about 90 national pavilions.

A special mention in the national-participation category was given to Belgium, which presented animatronic figures by Jos de Gruyter and Harald Thys.

The Golden Lion for best artist in the central exhibition, “May You Live in Interesting Times,” went to Arthur Jafa, whose contributions included the video The White Album (2018). 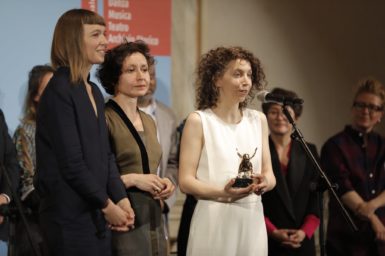 And the Silver Lion, which honors a “promising young artist,” went to Haris Epaminonda.

Special mentions were also given to Teresa Margolles and Otobong Nkanga for their work in “May You Live in Interesting Times.” In remarks at the press conference, Margolles dedicated her award to women who have died in Mexico as a result of violence linked to the drug trade and “to girls and women who are risking their lives today.”

[Read a review of the Biennale and other exhibitions in Venice.]

The jury for the awards was made up of an international cast of museum directors and curators: Defne Ayas, Cristiana Collu, Sunjung Kim, Hamza Walker, and Stephanie Rosenthal, who served as its president.

The Biennale runs through November 29; the next edition is scheduled for 2021.