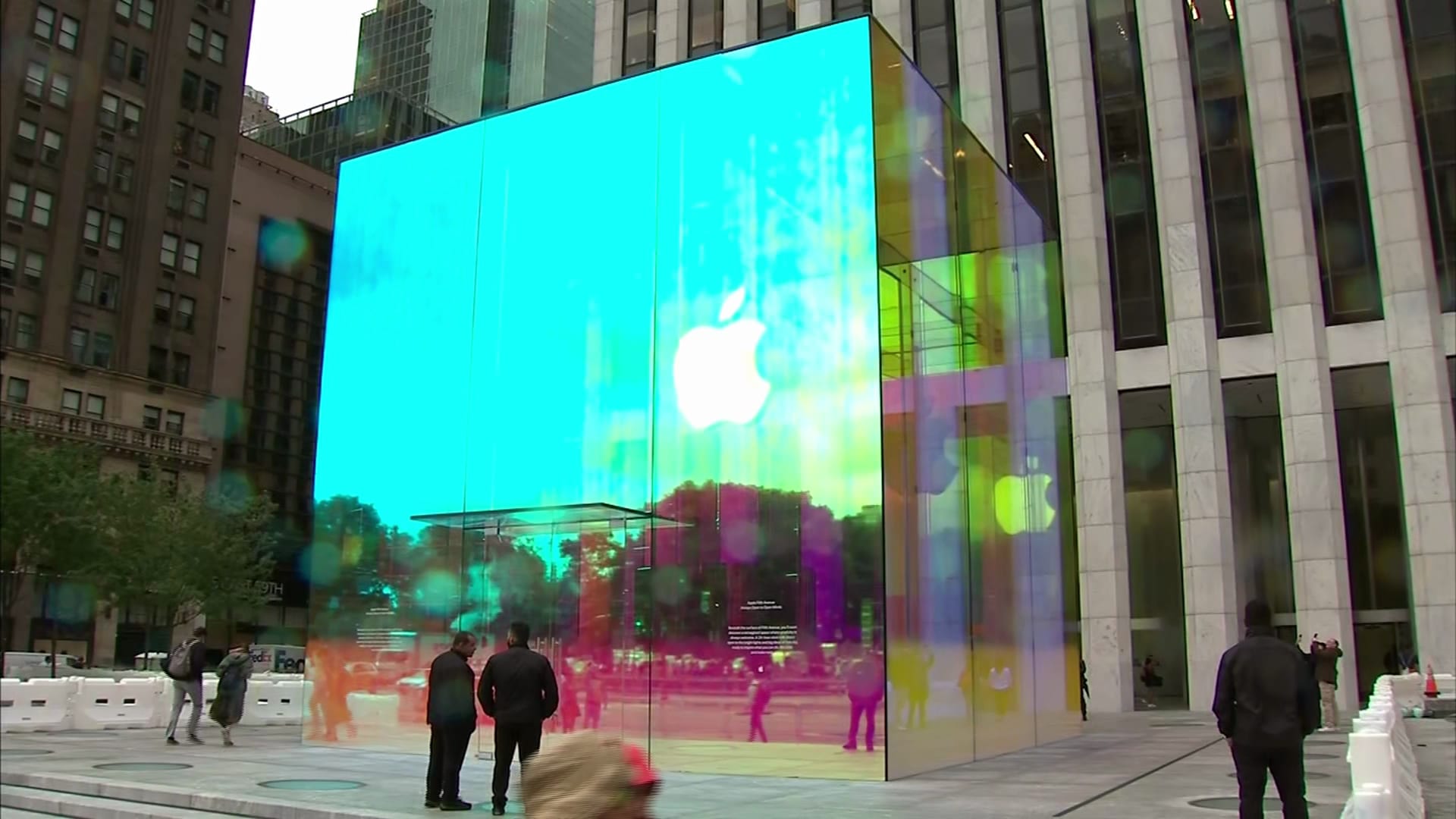 New Yorkers woke up on Friday to a giant colorful glass cube in Midtown.

In January 2017, the entrance to Apple’s Fifth Avenue store was dismantled and the store was moved to a nearby temporary location. The clear cube, near the southeast corner of Central Park, was a tourist attraction and symbolic Apple outpost in New York because of its patented 32-foot glass entrance in the shape of a cube.

Now the cube has re-emerged sporting rainbow colors. No opening date has been announced yet, an Apple spokesman said. The colors will be temporary, and the cube will eventually be clear again.

“Beneath the surface of Fifth Avenue, you’ll soon discover a reimagined space where creativity is always welcome,” reads a message posted on the glass, according to 9to5Mac. “A 24-hour store with doors open to the bright lights and big dreams of this city, ready to inspire what you can do, discover, and make next.”

Why retailers are chasing Rent the Runway with knockoff services