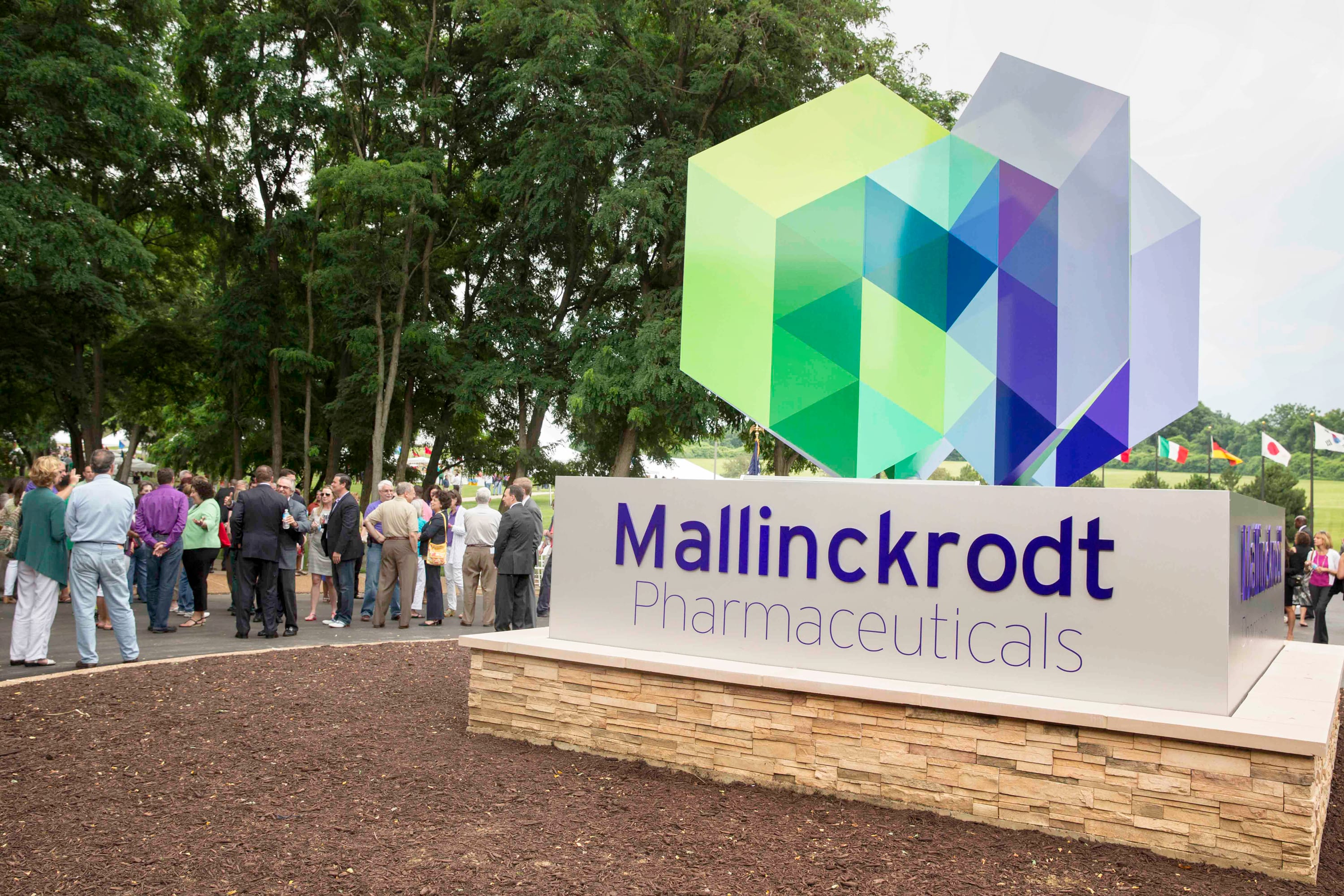 The Mallinckrodt Pharmaceuticals sign was unveiled at the company’s offices in St. Louis on July 1, 2013.

Opioid maker Mallinckrodt’s stock jumped by more than 15% on Friday after hitting an all-time low the day before and reaching tentative settlements in two opioid lawsuits set to go to trial next month.

“Mallinckrodt is pleased we were able to reach a settlement in principle with the counties that made sense for all parties,” General Counsel Mark Casey said in a statement Friday announcing the agreements “in principle” with the Ohio counties of Cuyahoga and Summit. “Resolving the Track 1 cases gives us the necessary time to continue to work towards a global resolution of the opioid lawsuits.”

If the deal is finalized, Mallinckrodt will pay $24 million and donate another $6 million in generic products.

The company’s stock bottomed out Thursday, plunging 39% to $1.59 a share amid reports that it might file for bankruptcy. On Friday, the shares surged 17.6% to close at $1.87.

Mallinckrodt CEO Mark Trudeau told investors at a conference Thursday that the “rumors and speculation are unfortunate.” The company’s shares have lost 95% of their value over the past year and are even further from their 2015 peak of $132.51 a share.

Bloomberg on Wednesday reported that Mallinckrodt, which agreed Wednesday to pay $15.4 million to settle a drug bribery probe into a company it acquired in 2014, hired law firm Latham & Watkins and turnaround firm AlixPartners, citing unnamed sources. The drugmaker is facing mounting litigation tied to the U.S. opioid crisis.

“While we can’t really comment specifically on any specific rumors, what we can say is like any company hires advisers for all different kinds of things all the time,” Trudeau said at Wells Fargo’s annual health-care conference in Boston on Thursday. “Unfortunately, people are putting a whole variety of things together and making assumptions of things completely independent of what we’re trying to do as a company.”

Aside from opioids, Mallinckrodt is best known for selling another controversial drug. H.P. Acthar Gel, a 67-year-old drug that has $1 billion a year in sales.

A federal database made public earlier this year revealed Mallinckrodt to be the largest manufacturer of opioid painkillers between 2006 and 2012. About 2,000 lawsuits against opioid manufacturers and distributors have been consolidated in Ohio. The trial for the consolidated lawsuits is slated to begin next month.

“Obviously us and other companies are embroiled in a set of uncertainties that have never been seen,” Trudeau said. “People are serving uncertainty with the actions we’re taking, leading to some of the speculation we’re seeing. It is unfortunate and does detract from what we’re trying to get done.”