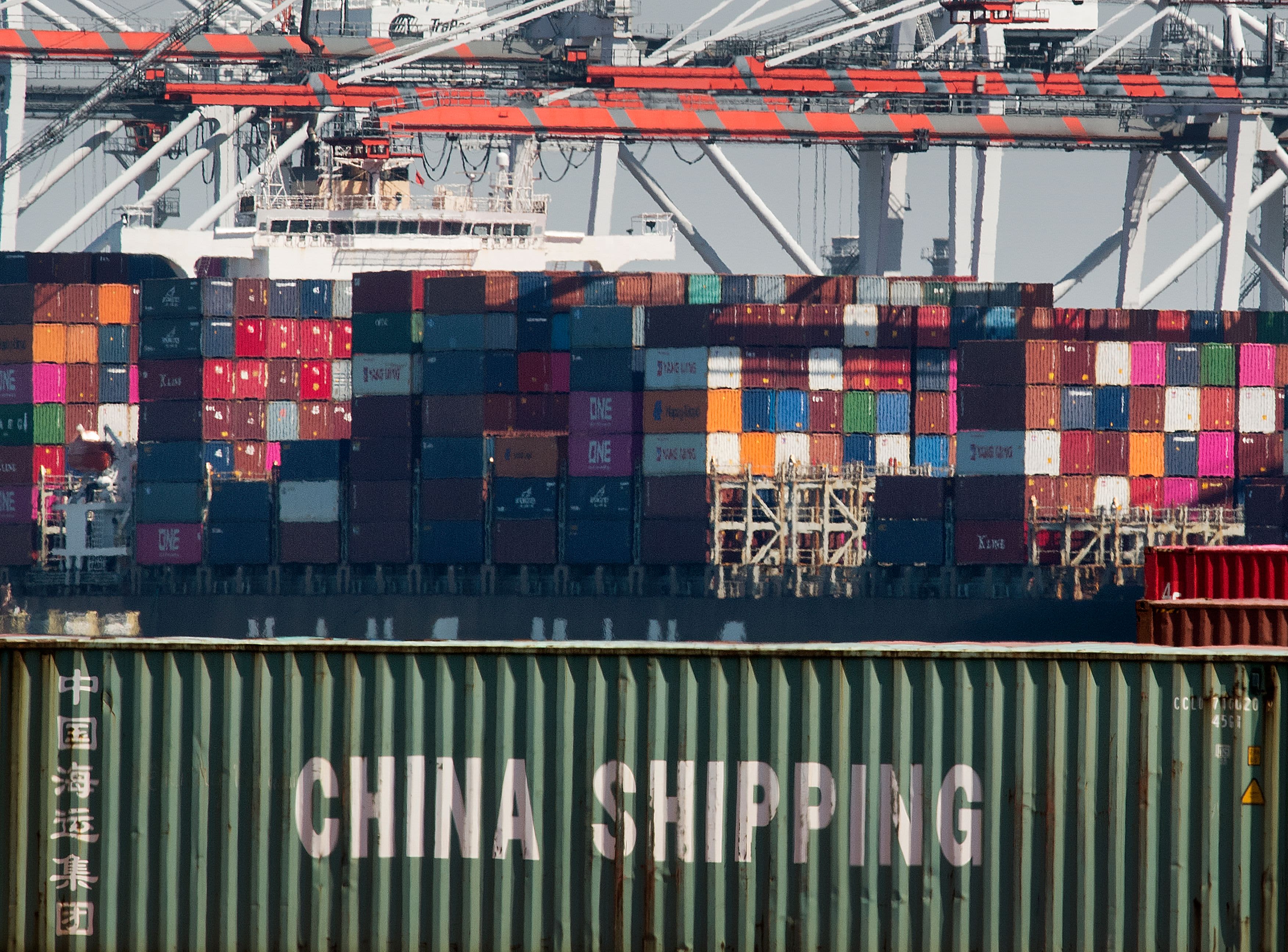 Shipping containers from China and other Asian countries are unloaded at the Port of Los Angeles as the trade war continues between China and the US, in Long Beach, California on September 14, 2019. -Mark Ralston | AFP | Getty ImagesFirst, it was a critical shortage of shipping containers due to the pandemic. Then came a massive blockage in the Suez Canal.Now, businesses and consumers are bracing for yet another shipping crisis, as a virus outbreak in southern China disrupts port services and delays deliveries, driving up costs again.The Chinese province of Guangdong has faced a sudden uptick in Covid-19 cases. Authorities have moved to shut down districts and businesses to prevent the virus from spreading rapidly.That’s causing massive shipping delays in major Chinese ports, and jacking up already-high shipping costs as waiting times at berth “skyrocketed,” according to analysts and those in the shipping industry. “The disruptions in Shenzhen and Guangzhou are absolutely massive. Alone, they would have an unprecedented supply chain impact,” said Brian Glick, founder and CEO at supply chain integration platform Chain.io, told CNBC.However, combined with the challenges that the global supply chain has faced since this year, shipping is in “absolutely uncharted waters,” said Glick. Guangdong, a major shipping hub, accounts for about 24% of China’s total exports. It is also home to the Shenzhen port and the Guangzhou port — which are the third largest and the fifth largest in the world by container volume, according to the World Shipping Council. The first local case of the Delta variant, first detected in India, was found in Guangzhou in May and has since spiked to over 100 cases. Authorities have imposed lockdowns and other measures that constrain the processing capacity at ports.Global supply chain at risk againAs different parts of the world bounced back from the pandemic late last year, there was a buying boom which led to containers falling critically short. That caused massive delays in the shipping of goods from China to Europe and the U.S. and drove up prices for businesses and consumers. Then one of the largest container ships in the world, the Ever Given, got stuck in the Suez Canal and blocked the key trading route for nearly a week. About 12% of global trade passes through the Suez Canal, where more than 50 ships a day on average pass through.The incident sparked a global shipping crisis and held up $9 billion in international trade a day.Now, the most recent crisis, in southern China, is disrupting the global supply chain again.Shipping costs are at all-time highs … We’ve broken through so many price ceilings that nobody can say where this will peak.Brian Glickfounder and CEO, Chain.io”I think the risk of supply chain disruption is rising, and export prices/shipping costs will likely rise further. Guangdong province plays a critical role in the global supply chain,” said Zhang Zhiwei, chief economist at Pinpoint Asset Management.JP Wiggins, vice president of corporate development at shipping software firm 3GTMS, told CNBC the port crisis in China will cause much more disruption for the American consumer as many of the affected shipments are destined for North America. In comparison, the Suez blockage had a greater impact on European trade as a lot of the delayed deliveries were destined for Europe.Wiggins also said consumer expectations will need to remain in “Covid mode.””Expect shortages and out-of -stock of all the Asian-made products,” he explained.Shipping costs ‘at all-time highs’Spiking shipping costs have been a direct effect from the crisis. “Many small- and mid-sized shippers are throwing up their hands as the cost of shipping is surpassing the margins on the products they’re trying to move,” Glick said. “Shipping costs are at all-time highs with anecdotal quotes coming in at 5 to 10 times historical norms. We’ve broken through so many price ceilings that nobody can say where this will peak.”Read more about China from CNBC ProWiggins warned that rates are “fluctuating wildly,” and said he’s advising shippers to plan on spending twice as much, since it’s unclear where this is going.Shippers who cannot afford the delays will increasingly look to convert ocean freight shipments to air freight, which will further increase shipping costs, says Shehrina Kamal, vice president of Intelligence Solutions at Everstream Analytics.Ripple effectWaiting times for vessels to berth at the Yantian International Container Terminal in Shenzhen have “skyrocketed” from an average waiting time of 0.5 days to 16 days, according to Kamal.The backlog will have a compounding effect on other ports.The problem is already building up at nearby ports as carriers start to divert, Kamal said. The port of Nansha in Guangzhou is experiencing an influx of cargo due to the diversions, and the congestion and vessel delays are expected to last another two weeks — if not more, she said. Compounded with the pandemic in India and Southeast Asian economies … this rise of Covid cases in Guangdong may contribute to higher inflationary pressure in other countries.Zhang Zhiweichief economist, Pinpoint Asset ManagementThe knock-on effects will carry over to even neighboring provinces such as Guangxi, Yunnan, Hunan, Hubei, according to Kamal. Inflation fearsBeyond mainland China, the port at the financial center of Hong Kong has also been affected.Cross border delivery have been possible there via trucking, but authorities recently tightened measures due to the pandemic. That means all cross-border trucks will need to undergo sterilization, among other measures, and that’s likely to delay cargo movement and processing overall, Kamal said. Overall, the turnover in the ports in Guangdong will remain slow in June, and even other parts of China would likely become more cautious, said Zhang from Pinpoint Asset Management.That could lead to higher prices, even as investors fret over rising inflation and what it might mean for interest rates.”Compounded with the pandemic in India and Southeast Asian economies … raising commodity and shipping costs, this rise of Covid cases in Guangdong may contribute to higher inflationary pressure in other countries,” he cautioned.