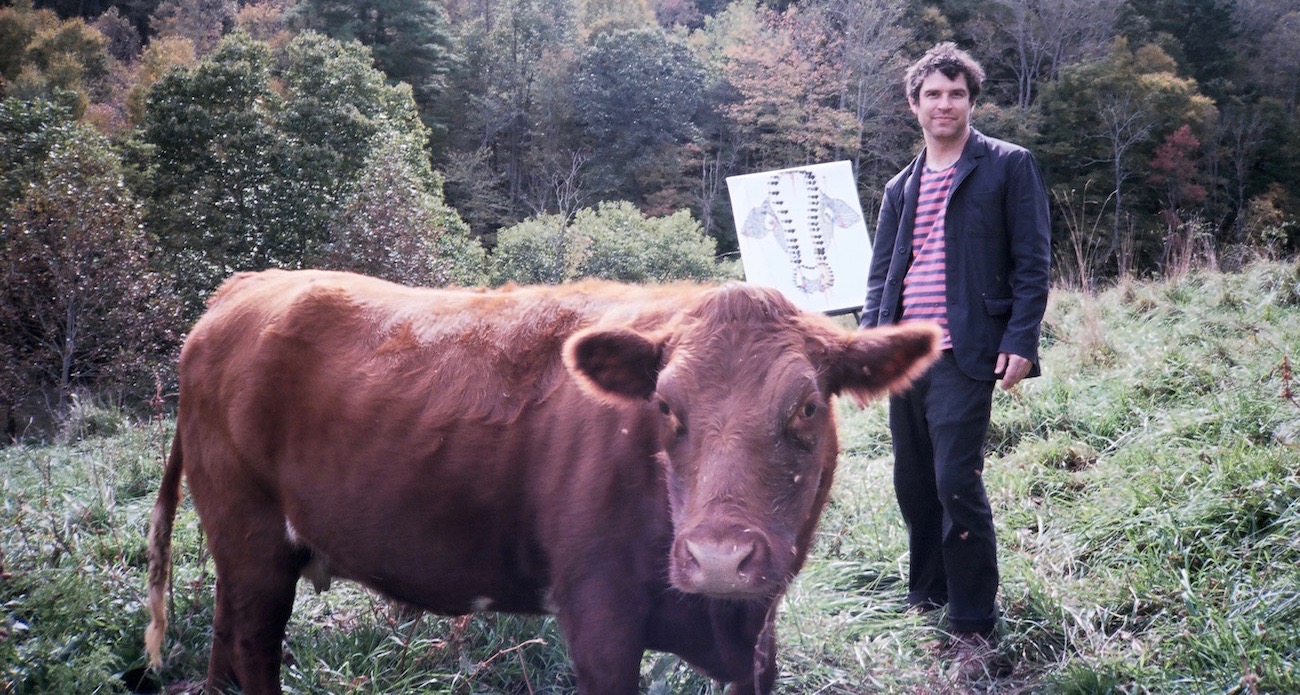 A cow and Avey Tare.

“Muses” is a column for which creators from different disciplines reveal sources of artistic inspiration and instigation.

Avey Tare is a member of Animal Collective and a solo musician whose sounds tends toward the weird and bleary. The band has been a mainstay of the arty margins of rock and electronic music since the early 2000s, with a string of significant albums and swerves into different strains of multidisciplinary work (including a soundtrack for a film made in collaboration with the marine-biology enterprise Coral Morphologic). Most recently, Tare issued a solo album, Cows on Hourglass Pond, that rates as the most roundly pleasing Animal Collective–affiliated release of the past couple years. For “Muses,” he wrote about artists and works he has taken a liking to over time. —Andy Battaglia 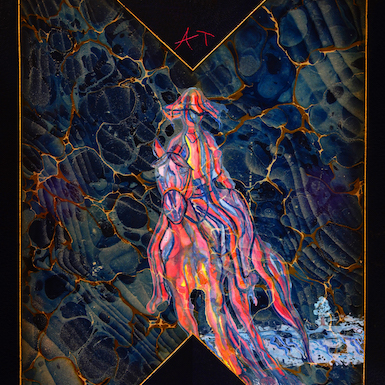 The cover of Cows on Hourglass Pond.

Alfred Kubin
Drawings by Alfred Kubin, an Austrian illustrator who worked in the early part of the 20th century, are of nightmares and fantasies that I would love to witness firsthand. With simple pen and ink, he has an unbelievable ability to make me feel like there is nothing else in the universe happening except for the bizarre situation or landscape put before me, much like a nightmare does. Giants with elongated necks loom over tiny sail boats, and camel-like beasts lay dead on windswept sand dunes. There always seems to be an air of some greater thing watching over each painting or dream. Perhaps that is Alfred himself, carefully leaving his mark on each drawing. It makes me realize how arresting and commanding fear can be. Even in a drawing like Father and Son (1900), I’m struck with a feeling of witnessing something supernatural. In his world I feel like an outcast—yet completely transfixed and familiar at the same time. 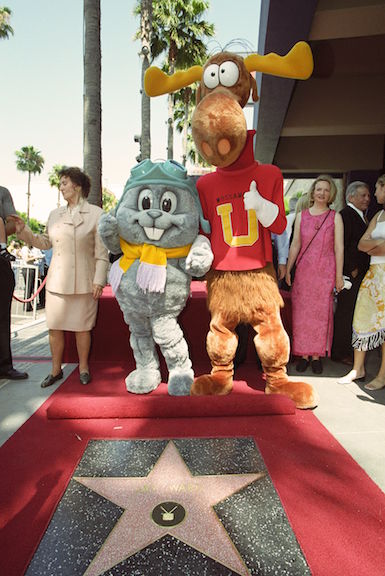 The Adventures of Rocky and Bullwinkle and Friends
When I was a kid I found The Adventures of Rocky and Bullwinkle and Friends to be fairly irritating. We had a small portable television on top of our refrigerator, and I remember its world often sat there above me while I ate breakfast. It was a cold strange place. Nowadays I enjoy putting on cartoons in my studio/workplace but with the sound turned off. I happened upon Rocky and Bullwinkle on the YouTube. What strikes me most about it is its color palette. Dark and flat shades of maroon and grey are paired with different hues of blue and purple and green—sometimes in fantastical ways, like when hair is blue. It feels like a world deep beneath the earth’s surface, muted and murky, alien and yet somehow familiar. I think, most of all, its opting for suggestions of forms more than forms themselves is what I like most about it. Coats are solid shapes on the wearer, and bodies of water and rooms are often made up of simple squiggly lines on a solid background. Boris and Natasha scenes in particular work just right as a background for some daily sound tinkering.

Deborah Remington
I only discovered Deborah Remington in the last couple of years; her paintings are not really like anything I’ve ever seen. When I first encountered her work I found it to be very industrial, but what I especially like about it is that the more I look at one of them, the more I wonder what it is exactly that I’m looking at. The shading and placement of shapes suggest structures to me—but also elaborate pieces of clothing or kinds of ancient symbols. I often feel like I’m presented with a portal I could step through, and yet everyday objects exist in this place as well, hovering around sometimes fractured. 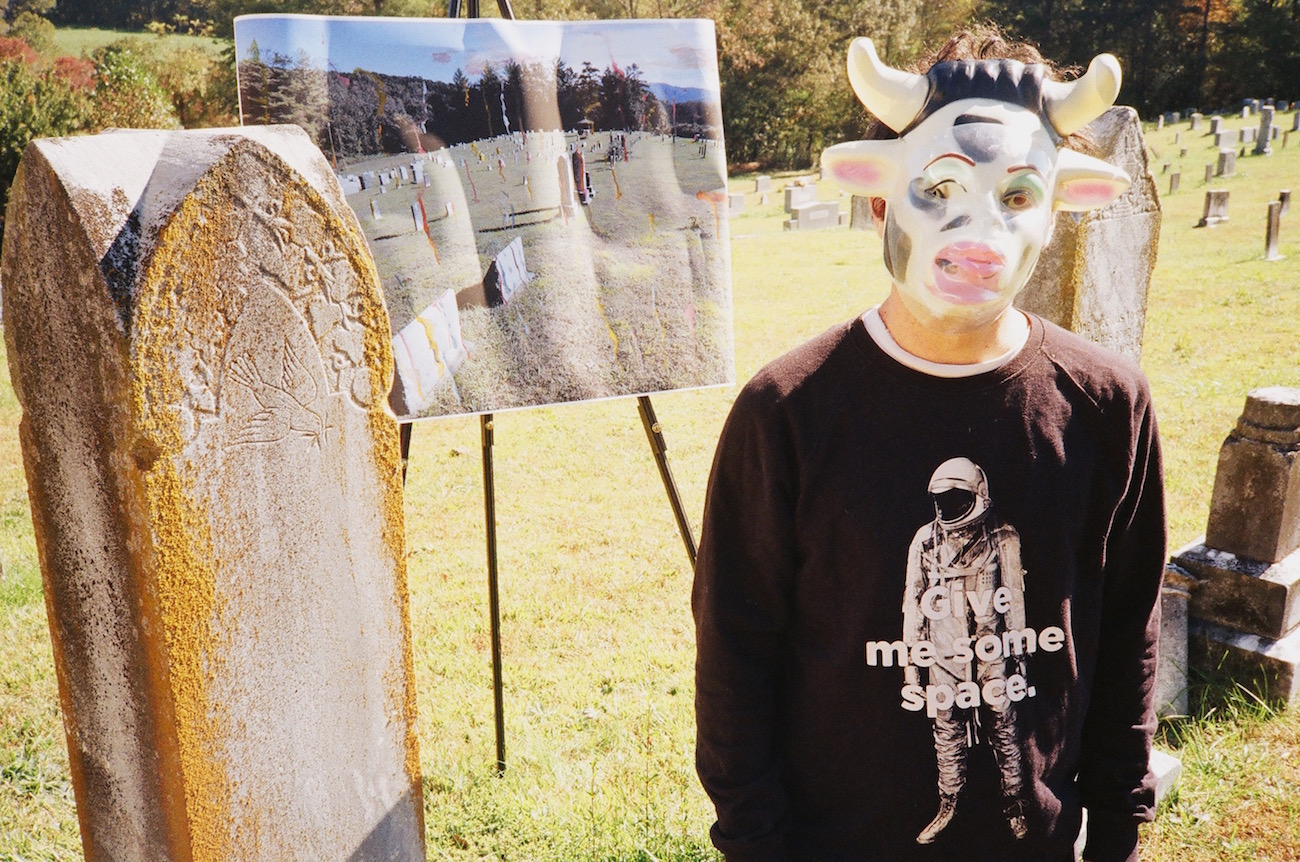 City Museum St. Louis
I have a soft spot for old-time amusements and amusement parks. The handcrafted or visionary side of them made way for a lot of bizarre spots and things to experience. I’ll even freely admit that I’m a huge fan of Disneyland, and that I try to go to the state fair every year just to get a taste of the spirit of what’s left of that. City Museum in St. Louis—a self-described “mixture of children’s playground, funhouse, surrealistic pavilion, and architectural marvel made out of found and repurposed objects”—is filled with that spirit. Slides of all sorts spill off wooden spiral walkways leading into falling water and open whale-mouth mirror doors. It’s a multimedia collage of fun—and a very simplistic, visually centered kind of fun that caught me off-guard.

Eric Copeland’s ESL Books
Eric Copeland, one of the most productive humans I know, makes different kinds of art that are among my favorites to digest by ear, eye, brain, and heart. His drawings, like his music (as part of Black Dice and as a solo artist), are an interlocking blend of optical color loops and black-and-white eye flicker. He manages to mess with words and collage in a way that pleases me very much and proves that there is still art and humor to be found in the grime-filled deranged subconsciousness and excessive access of modern humans.