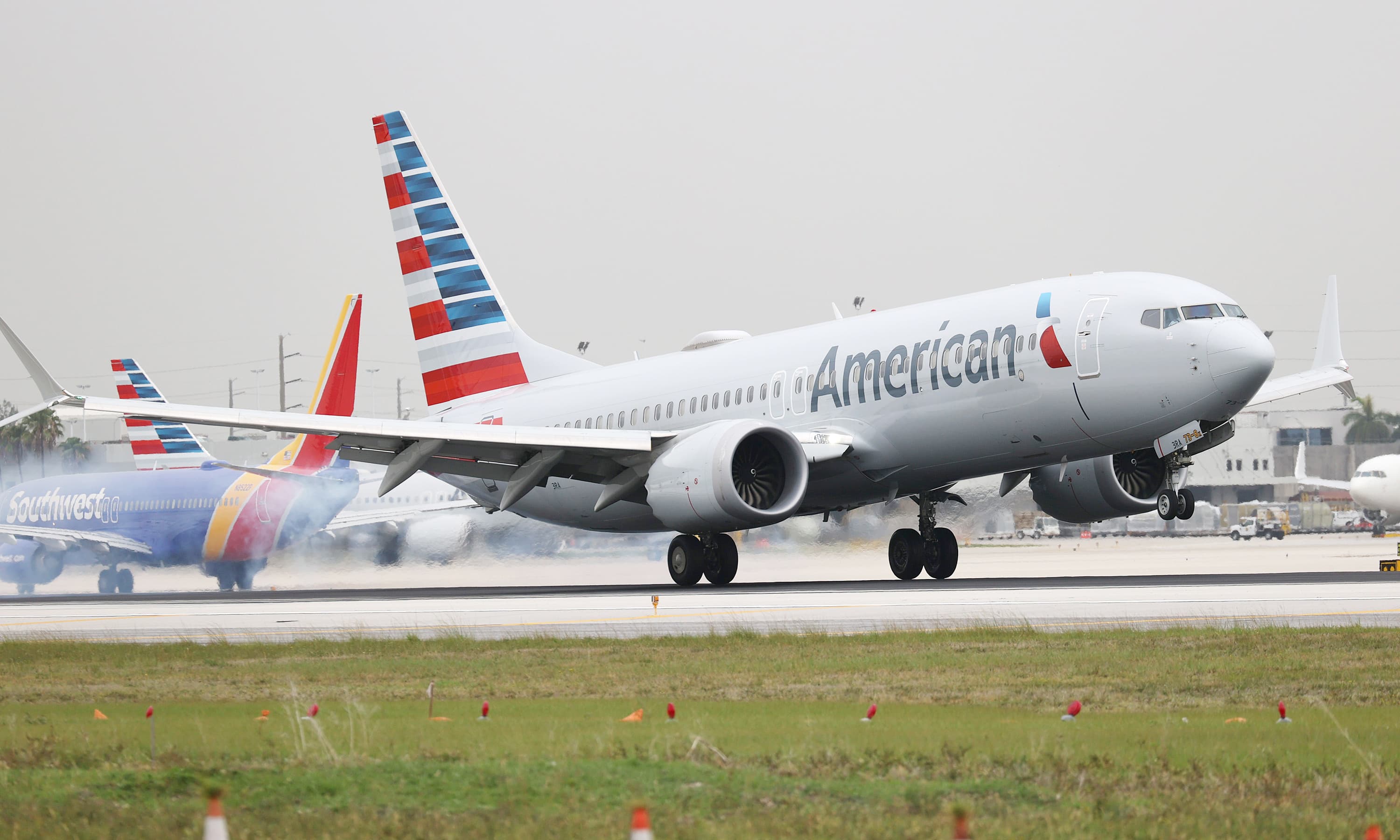 An American Airlines plane lands at the Miami International Airport on June 16, 2021 in Miami, Florida.Joe Raedle | Getty ImagesAmerican Airlines said it flew 2.7 million people over the July 4 holiday weekend, almost three times as many as last year as customers continue to return to travel.The carrier operated more than 26,000 mainline and regional flights, more than double its capacity a year ago, David Seymour, American’s chief operating officer, said in a note to staff.American didn’t provide a comparison to July 2019, before the pandemic began, but nationwide, fewer travelers passed through U.S. airports compared with two years ago.The Transportation Security Administration screened 10 million people in the first five days of July, down by about 17% from the 12.2 million people that passed through airport security over the same period two years ago.American increased its schedules more than competitors United Airlines and Delta Air Lines. Last month American said it trimmed its schedule for the first half of July by about 1%, around 1,000 flights, to avoid disruptions due to weather and staffing shortages.Airlines raced to staff up for a surge in travel demand. Southwest Airlines, for example, offered flight attendants, ground operations agents and other employees double pay to take shifts over the weekend, CNBC reported last week.American hired 300 customer operations employees at its Dallas/Fort Worth International Airport hub “and we’re continuing those efforts across the board,” COO Seymour said.The weekend kicked off with hundreds of cancellations and delays as thunderstorms passed through the United States.American’s shares were down 2.8% in morning trading along with a slump in other airline stocks.