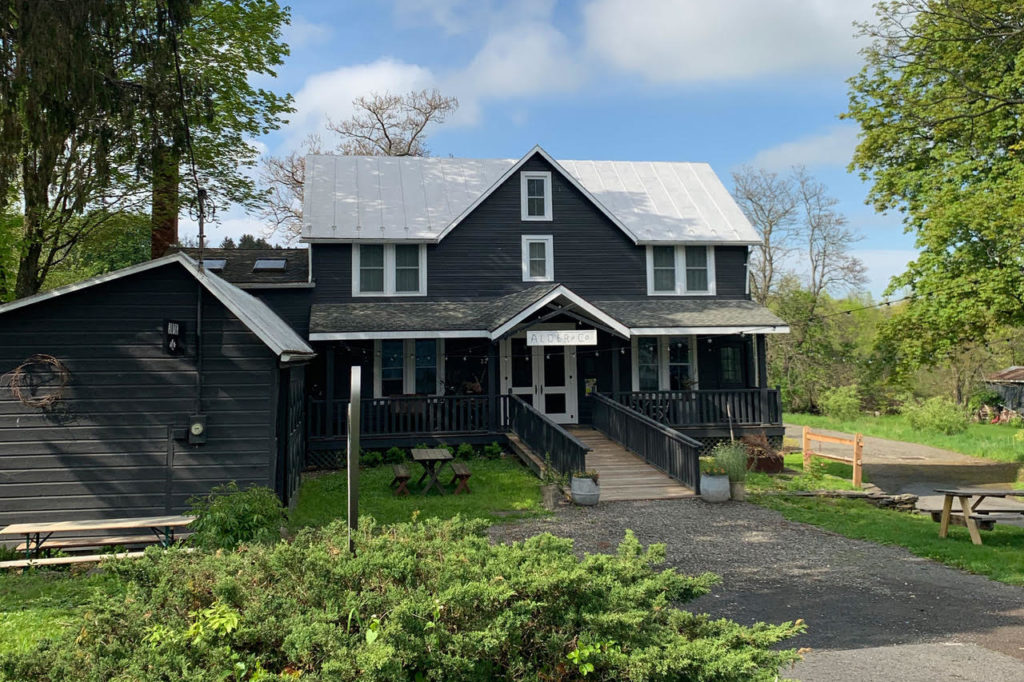 Alder & Co. and its adjacent barn, where Alexander Gray Associates will house its year-long exhibition program.

New York’s Alexander Gray Associates is the latest enterprise to venture upstate to the Hudson River Valley, which is home to Dia:Beacon, Magazzino Italian Art, Art Omi, and a handful of newer art spaces. Starting later this month, the gallery will stage a year-long exhibition program in an unfinished 19th-century barn in Germantown—owned by the adjacent design store Alder & Co.—where it will show one artwork each month in a white-cube space measuring nine square feet.

The first work to go on view there is Harmony Hammond’s Bandaged Grid #5 (2016), which will be on view from May 25 to June 25. Subsequent presentations will feature works by artists on the gallery’s roster.

Alexander Gray, the gallery’s founder, told ARTnews that he feels a personal connection to Upstate New York—he grew up there, in Woodstock. “There’s so much going on culturally, and there are so many artists up there,” he said.

Gray added that the ethos of the program, which emphasizes quiet contemplation, “couldn’t be further from the mythology of mega-gallery expansionism.” This, he believes, could not be more different from the vibe of New York’s Chelsea neighborhood, where the gallery operates its main space. “Certainly, with the environment that we’re in right now, there’s so much noise, and there’s a big emphasis on spectacle. We’re interrupting that really fast-paced rhythm of looking.”