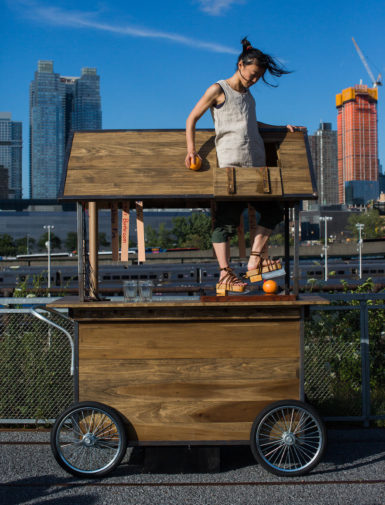 The artist Aki Sasamoto is now represented by Bortolami gallery in New York. Sasamoto’s first solo exhibition with the gallery, which opened in March and was titled “Past in a future tense,” included a video installation and new sculptures.

Sasamoto’s practice spans performance, sculpture, dance, installation, and video. She has previously collaborated with musicians, choreographers, and scientists for her works, which often explore bodily gestures and relationships among sound, objects, and people.

She has shown work at MoMA PS1, the Whitney Museum of American Art, and SculptureCenter, among other New York institutions, as well as at the National Museum of Art in Osaka, Japan, and the Aldrich Contemporary Art Museum in Ridgefield, Connecticut.

Georges Mathieu Estate Is Now Repped by Nahmad Contemporary and Perrotin -ARTnews
Dede Wilsey, President of Fine Arts Museums of San Francisco Board, to Step Down -ARTnews
To Top
error: Content is protected !!