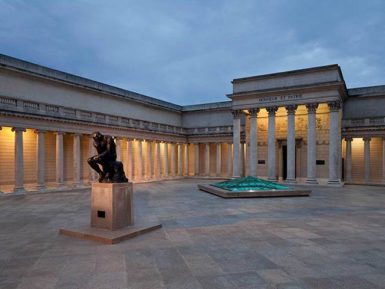 The Legion of Honor.

After years of controversy surrounding her position as president of the board of the Fine Arts Museums of San Francisco—including the de Young Museum and the Legion of Honor—Dede Wilsey will reportedly leave her post, according to a story by San Francisco Chronicle art writer Charles Desmarais.

Wilsey’s successor, according to the Chronicle, will be Jason Moment, a hedge fund manager who has been on the board of the Fine Art Museums since 2014. Wilsey’s departure is expected to be confirmed by the trustees today, and she will reportedly be named chair emerita.

Thomas Campbell, the director of the museums, told the Chronicle, “Dede is so much more than a checkbook. She has a steel-trap memory for things that happened decades ago—she’s an institutional memory vault.”

The controversy surrounding Wilsey began in 2015, when a former chief financial officer at the FAMSF filed a complaint with the California Attorney General’s office. In the complaint, the CFO alleged that, in 2014, Wilsey had ordered her to cut a check of $450,000 for a staff member who had had a heart attack—without the board’s approval for the expenditure, according to the suit.

In 2016, two board members at the museums—Dan Johnson and Louise Renne—resigned in protest of Wilsey’s domineering leadership style. In a New York Times report, Johnson said that Wilsey ran the board “like a personal fiefdom.”

A couple months after the board members departed, Wilsey stepped down as a head of the board. (At the time, it was reported that she would remain on the board, though not in a leadership position.) The FAMSF had reportedly had to pay a $2 million settlement in the case brought forth by the former CFO. Later that year, Wilsey would tell the New York Times, in a profile, “You can’t beat me. You will see me prevail. That’s what you will see.”