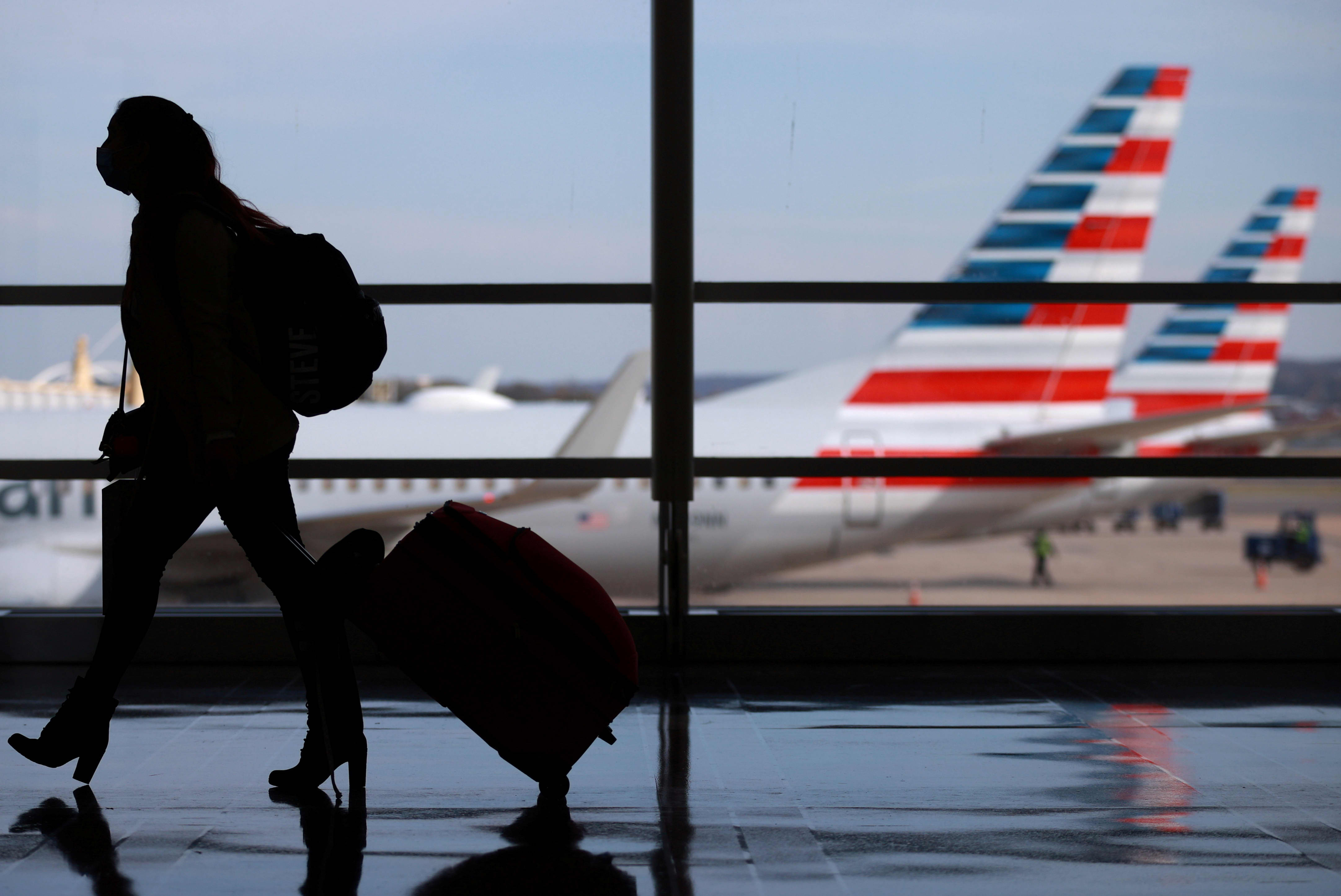 A person walks at Reagan National Airport ahead of the Thanksgiving holiday in Arlington, U.S. November 25, 2020.Hannah McKay | ReutersAirlines and airports are stepping up security ahead of President-elect Joe Biden’s inauguration next week. The measures come in the wake of last week’s violent pro-Trump riot at the U.S. Capitol, an FBI warning about the possibility of armed protests and a series of politically motivated disturbances on flights and at airports.”Reagan National and Dulles International, are operating normally, and passengers can expect to see an increased law enforcement presence from now through next week’s presidential inauguration,” said Christina Saull, a spokeswoman for the Metropolitan Washington Airports Authority.The Port Authority of New York and New Jersey, which operates the three largest airports in the region, also said it is increasing police presence there. Los Angeles International Airport is “enhancing our operational procedures for the upcoming 2021 US Presidential inauguration,” a spokeswoman told CNBC. “We are prepared to respond to any event that might occur at LAX.”United Airlines is increasing staffing at Washington D.C.-area airports, including its Dulles, Va., hub and crews will overnight at airport hotels, away from the city center, through Jan. 21, said spokeswoman Leslie Scott. The Chicago-based airline is working with local and federal law enforcement to determine if other crew lodging changes are needed, such as in the case of demonstrations in state capitals, Scott said.American Airlines is also planning to ramp up safety measures ahead of the inauguration. The Fort Worth-Texas based airline last week had increased airport staffing and suspended alcohol service on flights in and out of the D.C. area as well as moving crews to airport hotels.Airline labor unions have expressed safety concerns after several incidents on board over the last eight days and following the pro-Trump riot.Utah Republican Sen. Mitt Romney was heckled and called a traitor on a Washington D.C.-bound Delta flight. On an American Airlines flight last week passenger projected Trump 2020 on the wall of a dimmed cabin as travelers got into a heated political argument, shouting and cursing at each other.Alaska Airlines on Friday said it banned 14 passengers from a flight from Washington to Seattle after they refused to wear masks, a requirement for air travel during the pandemic, and were “rowdy, argumentative and harassed our crew members,” spokesman Ray Lane said.Also last week, one video on social media showed Sen. Lindsey Graham, R-S.C., being harangued over certifying the November presidential election result at Reagan National Airport.Federal Aviation Administration chief Steve Dickson on Saturday promised stiff penalties including fines of up to $35,000 for unruly passenger behavior.On Monday, top House Democrats urged Dickson and the FAA to take further measures to ensure safety at airports. Senate Democratic leader Chuck Schumer on Tuesday called for members of the mob that stormed the U.S. Capitol to be placed on the federal “no fly” list.Airlines operate their own lists of travelers who are banned from their planes and have added more than 2,100 people to those lists for not complying with pandemic-related mask policies, airlines said.Airbnb on Wednesday said it was canceling and blocking new reservations in Washington D.C. during inauguration week. The company said it has already identified “numerous” individuals who were either associated with hate groups or otherwise involved with the riot, and have banned them from Airbnb’s platform.Hilton said it has no plans to cancel reservations in Washington but that it is waiving cancellation fees for inauguration-week bookings.”Our hotel teams, especially those in Washington DC, are very experienced and have a long history of successfully managing through major public events,” said Hilton spokeswoman Meg Ryan. “They continue to review hotel safety and security procedures, and their preparation is well informed and mindful of current events.”