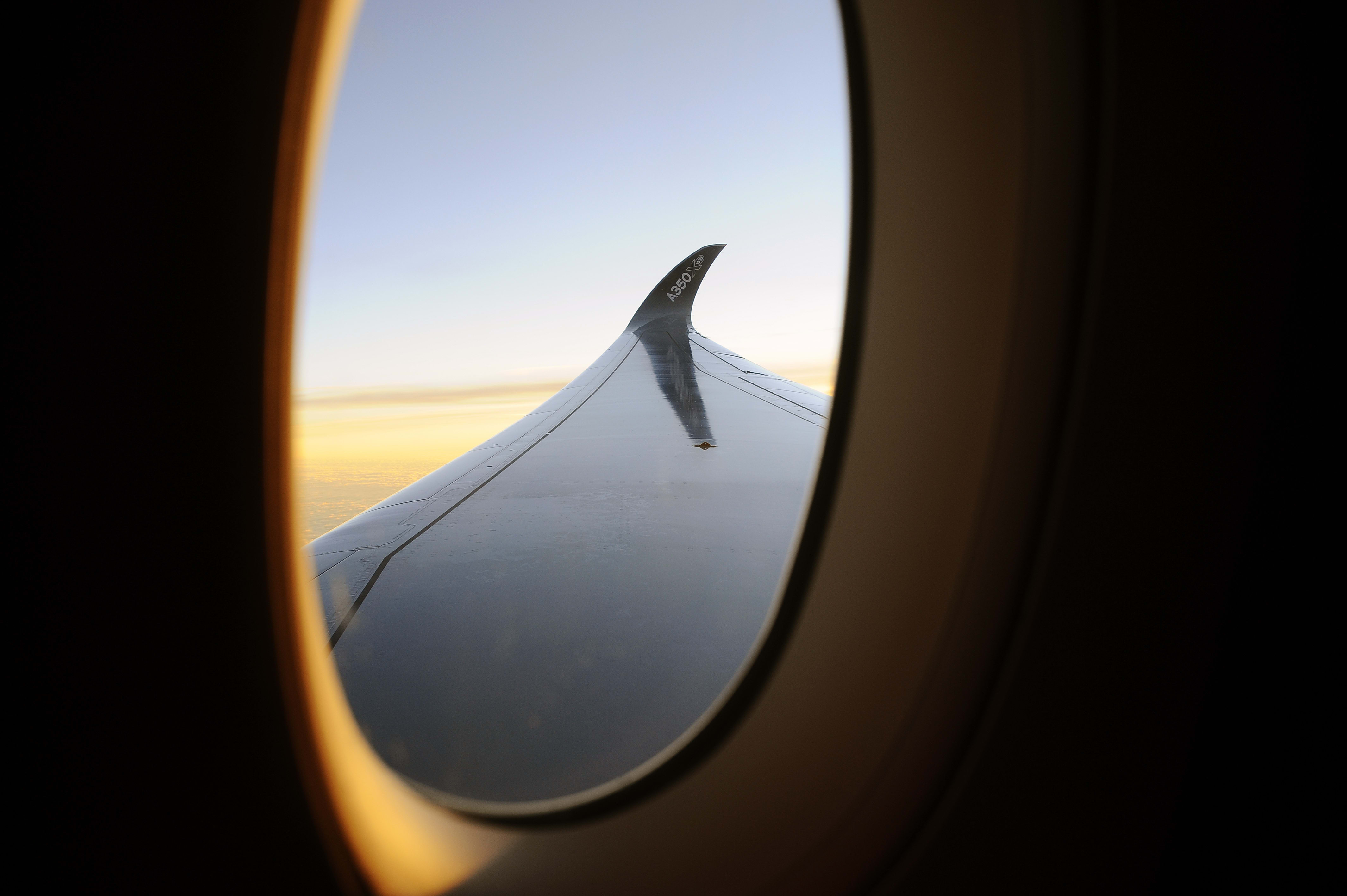 An Airbus A350XWB test plane at Paris Charles de Gaulle Airport.Frederic Stevens | Getty ImagesLOS ANGELES — Airbus wants to know everything passengers are consuming on board — from coffee to movies, even toilet paper.The European manufacturer and Boeing’s chief rival, last month began flying one of its A350-900 wide-body aircraft to test what its executives think is the cabin of the future: full of sensors that collect data on the on-board habits of its passengers.”It’s not a concept. It’s not a dream,” said Airbus’ vice president of cabin marketing, Ingo Wuggetzer, at an industry conference in Los Angeles this week.The goal is to gather data on passenger behavior and consumption on board, information that could save airlines money and relieve pain points on board for passengers such as the mad scramble for overhead bin space and lavatory queues.So, how does it work?Airbus has added sensors throughout the aircraft, which it’s using as a flying laboratory that would collect data about passengers’ use of certain parts of the plane and items on board. The information collected from the so-called Flight Lab is shared with both cabin crew, to address with supplies on board, and with the airlines tasked with ordering them.For example, Airbus is planning to track how many times the lavatory latch is opened and closed so the airline and cabin crews know how often the bathrooms are being used, and have a better idea when to restock items, such as toilet paper or soap. That will also give airlines a better sense of how many lavatories they need on board, Wuggetzer said. The manufacturer also wants to track things like how many times seats are reclined, he said, to give airlines a better sense of when they need maintenance so airlines aren’t suddenly left with a nonworking seat, forcing them to lose revenue.The data is gathered from the sensors through an onboard Wi-Fi system, and then shared with flight crews. The information will be shared with airlines once the plane lands.Airbus is also planning to add small cameras on board to monitor how many people are waiting for the bathrooms, and then let travelers know the approximate wait times or which one they should use. To minimize privacy concerns, Wuggetzer said passengers’ faces will be blurred out.That also goes for food purchases and orders on board, so airlines don’t over- or under-order items.The International Air Transport Association, an industry trade group that represents most of the world’s airlines, estimated that carriers generated 5.7 million metric tons of cabin waste in 2017 and said due to growing numbers of passengers on board this could double by 2027.Don’t expect these features to show up on your next flight in the very near future. Wuggetzer said commercial airlines are yet to test them out and it’s not clear whether these carriers are willing to shell out more for the features.The tests on the A350 are scheduled to continue through the end of the year.