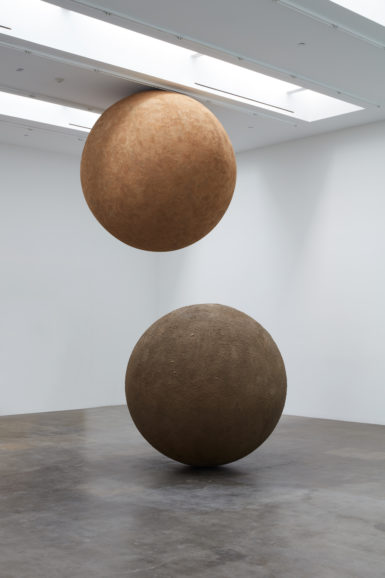 Big news from the Blum & Poe team: the international enterprise has added the seminal, freethinking mid-career Japanese artist Yukinori Yanagi to its roster. A solo outing is on tap for the gallery’s Tokyo location this fall, with a larger exhibition to follow in 2020 at its home base in Los Angeles. (The dealers also have a New York branch, and this is a worldwide deal.)

Yanagi, who is 60, has made his name with a fordable array of inventive sculptures and installations, which often allude to issues of politics, history, and place. One famous series involves ant farms made with colored sand that are arranged such that they resemble various flags. As the insects move, the symbols begin to decay and blur, suggesting the dissolution of fixed borders and national identities.

Earlier this year, Yanagi was one of the stars of a revelatory two-part show at Blum & Poe called “Parergon: Japanese Art of the 1980s and 1990s,” in which he showed two gargantuan spheres caked with soil, one floating atop the other thanks to helium. The soil for one came from Okinawa, which is home to a U.S. Marine base; the other’s was from the Manzanar concentration camp in California that was used to detain Japanese-Americans during World War II.

Yanagi, who was born in Fukuoka, Japan, and got his M.F.A. at Yale, and showed at the 1993 Venice Biennale, the 1996 Bienal de São Paulo, and the 2000 Whitney Biennial. In 2012, he founded an arts center called Art Base Momoshima on the island of Momoshima in Japan that remains in operation today.