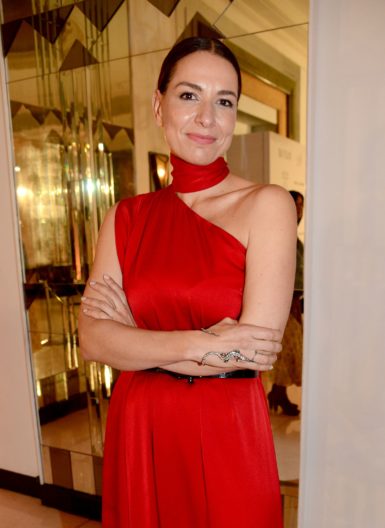 The Serpentine Galleries in London announced on Tuesday that Yana Peel has stepped down as CEO of the museum.

“Yana leaves the Serpentine Galleries deeply grounded in its mission to provide both established and emerging artists with a dynamic platform to showcase their work, and well-positioned to thrive,” a statement from the museum’s chairman and board reads. “While we have every confidence in the Serpentine’s ability to continue to serve artists, visitors, and supporters in the future, she will be sorely missed. The arts sector will be poorer without her immeasurable contributions to our cultural lives.”

Peel had been CEO of the Serpentine Galleries since 2016. A prominent figure in the British and art worlds, she has called the museum a “safe space for unsafe ideas,” and she is known for advocating for activist-oriented art by such figures as Ai Weiwei.

“I am saddened to find myself in this position,” Peel said in a statement given to the New York Times.

Among her most notable projects at the museum has been overseeing the Serpentine’s annual architecture commission, for which one artist or firm is asked to design a pavilion each year. The 2019 pavilion, designed by Junya Ishigami, is set to open on Friday.

Last week, a report by the Guardian revealed alleged links between NSO Group, a controversial Israeli tech firm, and Peel. NSO Group has been accused of helping produce spyware used to track dissidents in Saudi Arabia.

In a statement given to the Guardian, Peel said she had “no involvement in the operations or decisions of Novalpina,” an investment firm that is managed by her husband Stephen and partners and has a stake in NSO. A Serpentine representative previously told ARTnews that the Guardian report was “under legal challenge.”