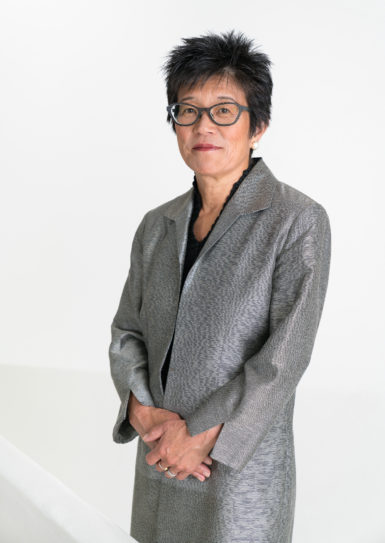 Kim Kanatani, who most recently served as deputy director and director of education at the Guggenheim Museum in New York, will join the University of California, Irvine, as the first director of the UCI Institute and Museum for California (IMCA). She will begin in her new position in August.

The museum, which was established through gifts of art made in 2016 and 2017, houses works made by California artists of the early 19th-century to the present, and the university plans to construct a new permanent space on its campus for the UCI Institute and Museum.

In a statement, Kanatani said of her new role, “Shaping the cultural and interdisciplinary discourse around the ever-changing perspectives of artists who create work in response to the unique culture of California and its global contexts will be key. I envision the museum serving as a state-of-the-art teaching and learning institution, which will offer unparalleled arts and cross-curricular experiences for the campus and the wider community.”

Kanatani oversaw all education programs at the Guggenheim, and she was involved in the planning and development of the Guggenheim Foundation’s future outpost in Abu Dhabi. She also helmed an initiative called Guggenheim Social Practice, through which artists are commissioned to develop public projects; Marc Bamuthi Joseph, Lenka Clayton and Jon Rubin, and Shaun Leonardo were the first participants.

Before joining the Guggenheim in 2001, Kanatani was the director of education at the Museum of Contemporary Art in Los Angeles.

Enrique Lavernia, UCI’s provost and executive vice chancellor, said of Kanatani, “She brings an outstanding national reputation that will help UCI make a positive impact through programs and exhibitions that forge meaningful connections at all levels across campus, with our neighbors and supporters, and with our many visitors from around the country and the world.”