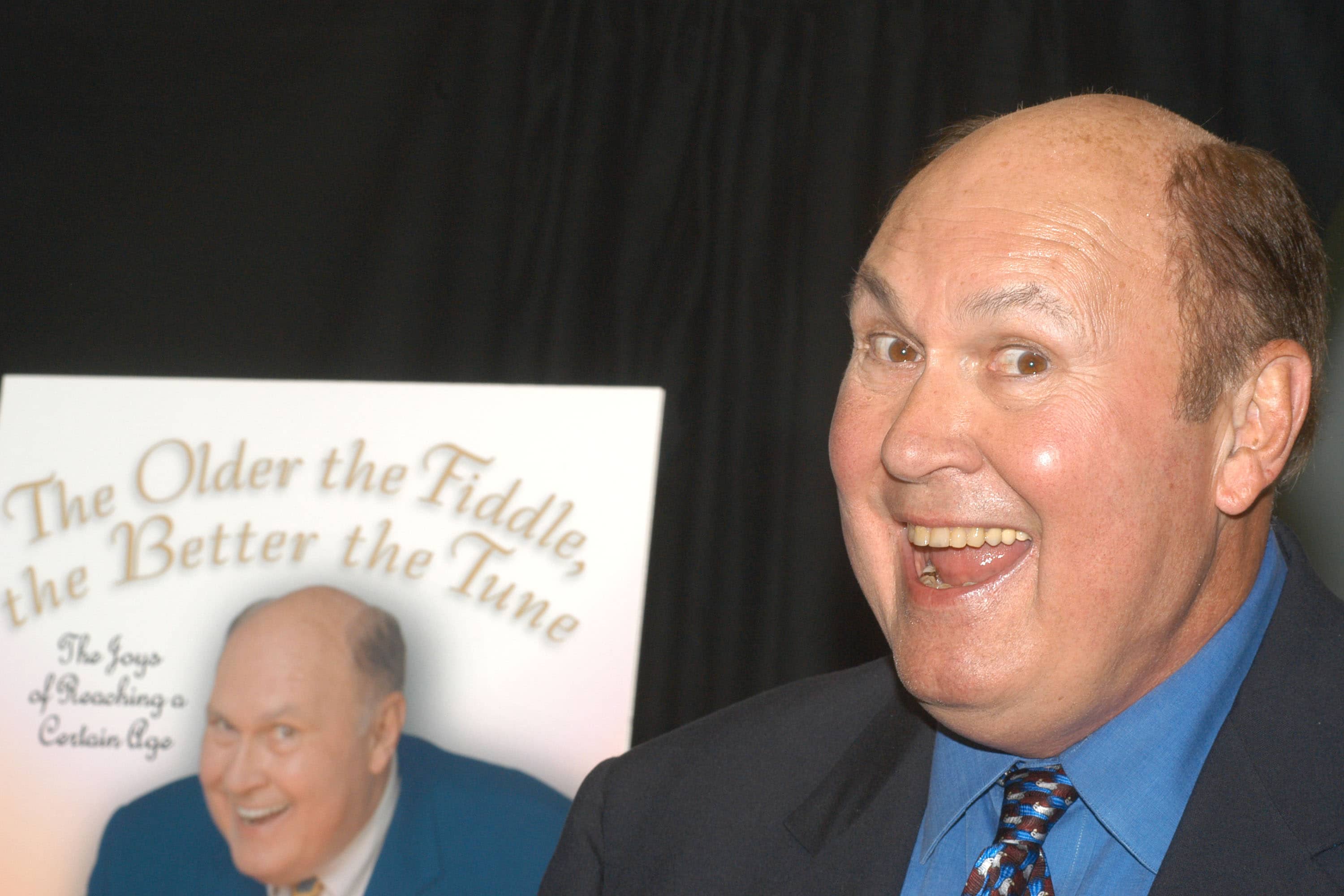 Willard Scott — the legendary TODAY weatherman known for his exuberant personality and launching the tradition of celebrating fans who reached the century mark — died this week, TODAY’s Al Roker has confirmed. He was 87 years old.Scott, who joined TODAY in 1980, may have been best known for wishing happy birthday to fans turning 100, a feature that soared in popularity over the years, with images of centenarians appearing on Smucker’s jelly jars while Scott recognized them in front of millions of viewers.Scott, who began his 65-year career with NBC as a page at the affiliate station in Washington, D.C., in 1950, would also do his forecasts on the road, delighting locals with his unflagging charm.”I just love people,” he told The New York Times in 1987. ”A lot of speakers on the talk circuit leave right afterward. I do a lot of shmoozing. I’m like a dog. You just open the door and I go, ‘rrrr, rrrr,’ and then I lick everybody’s face.”Born March 7, 1934 in Alexandria, Virginia, Scott’s broadcasting career began in the 1950s, after he graduated from American University in Washington.In 1955, he began hosting the “Joy Boys” radio show on the NBC radio station WRC and remain on the program until it ended in 1974.In the 1960s, he also hosted children’s TV shows and appeared on WRC playing a wide range of characters, including Bozo the Clown, a bygone children’s icon who appeared on airwaves around the country in the ’60s and ’70s.Scott also had the distinction of being the first person to play Ronald McDonald, appearing in commercials in the Washington area starting in 1963.Scott remained in Washington throughout the 1970s, becoming the weatherman for NBC’s local channel 4 station. In March 1980, the network came calling, and he replaced Bob Ryan as weatherman on TODAY. (Ryan then took Scott’s old job, becoming the meteorologist at WRC.)No gimmick was too much for Scott. In 1985, he did the weather dressed as Boy George while the singer was at the height of his fame. He also dressed up as a giant Cupid on Valentine’s Day, in a barrel on the day taxes were due and a groundhog to celebrate Groundhog Day.His most memorable stunt, though, may have been dressing up as Brazilian singer and actress Carmen Miranda in a 1983 episode of TODAY in order to secure a $1,000 donation to the USO. He took some flak for it, but stood by it.”People said I was a buffoon to do it,” he told The New York Times in that 1987 interview. ”Well, all my life I’ve been a buffoon. That’s my act.”In 1983, Scott honored a viewer’s request to wish his mother a happy 100th birthday, which began the tradition of of greetings to centenarians that is still going strong today.He got dressed as Santa Claus at the National Tree-Lighting Ceremony in Washington, D.C. for several years throughout the ’80s, as well as at multiple events held at the White House. He co-anchored NBC’s coverage of the Macy’s Thanksgiving Day Parade from 1987-1997 and also enjoyed a recurring role as the gregarious Mr. Poole in the sitcom “The Hogan Family.”The lovable Scott was also once approached by first lady Barbara Bush during the 1989 inauguration parade of her husband, President George H.W. Bush.”Suddenly, I look over and see this very happy face, race over, give that face a kiss, race back to (husband) George,” she recalled. “He said, ‘I didn’t know you knew Willard Scott.’ I said, ‘I don’t know Willard Scott. I just love that face.'””I think people are so drawn to Willard, they really just want to be a part of his orbit and that includes first ladies,” former TODAY anchor Katie Couric said about the encounter.In 1996, Scott semi-retired and was replaced on TODAY by Al Roker, although he would fill in for Al for the next 10 years. He officially retired from TV in 2015, wrapping a 35-year run with TODAY.”He’s a friend. He is literally my second dad,” Al said at the time.Scott resurfaced on TODAY in August 2019 in a video featuring the show’s cast and crew wishing Al a happy 65th birthday.”I can’t believe it. My little guy is 65 years old,” he said. “What’s the world coming to? Hey, listen, now you can collect Social Security and you’ll make even more money. What a lucky guy you are. You are nothing but the best. Who loves ya, baby? I do?”In 1985, President Reagan awarded Scott a Private Sector Award for Public Service. He was married to wife Mary Dwyer Scott from 1959 until she died in 2002. They had two children. He is survived by wife Paris Keena, whom he married in 2014.Disclosure: Comcast is parent of NBCUniversal and CNBC.