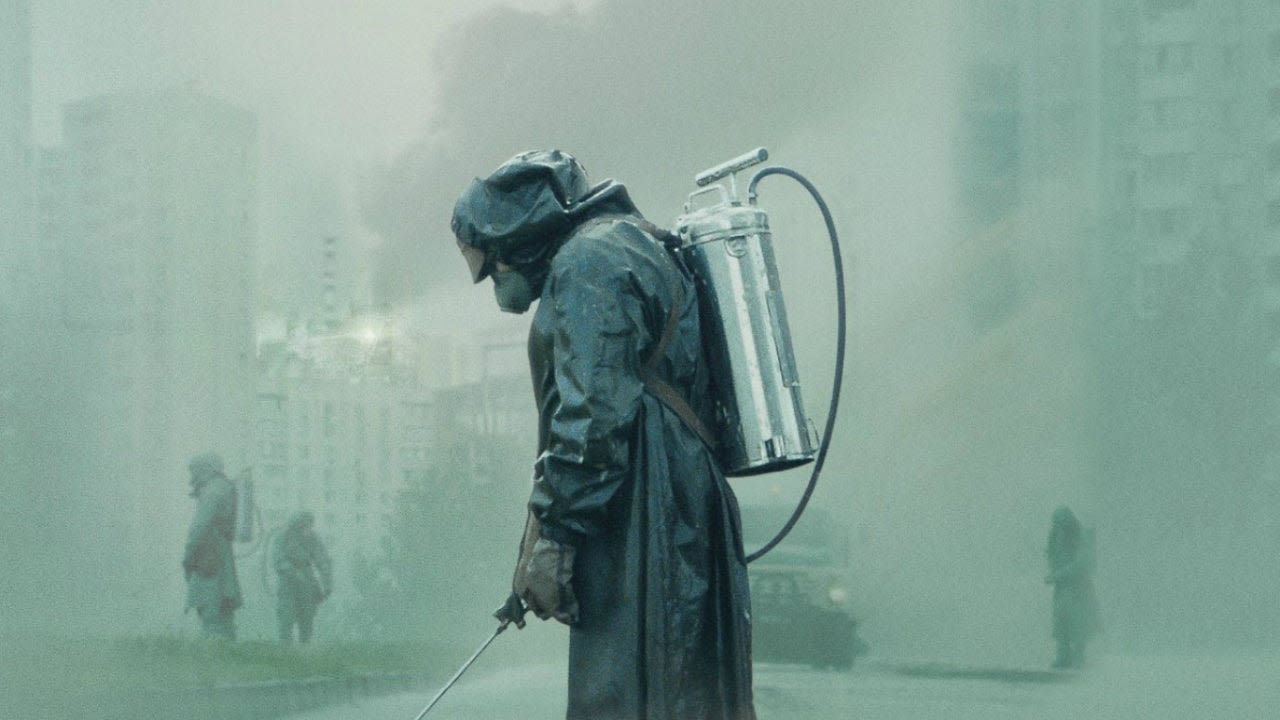 A scene from Netflix’s miniseries “Chernobyl”.

We may be living in troubled times, but if you think that means that television shows with distressing subject matter would have trouble finding an audience, think again. Programming that traffics in gloom and doom, such as HBO’s “Chernobyl,” is resonating with large numbers of people, many of whom not only watch it, but binge-watch it.

Based on actual events, “Chernobyl” is the story of a nuclear disaster that took place in Ukraine in 1986. Despite the worrying subject matter and gruesome content, HBO said that it attracted six million viewers during its five-episode run. It also currently holds the number one spot on the Internet Movie Database’s list of top-rated shows. Furthermore, travel agents who specialize in tourism to the area already report an increase in business, which they attribute directly to the show.

The program is not an outlier. Streaming services are currently full of shows that give viewers few reasons to be optimistic, such as Hulu’s “The Handmaid’s Tale” and Netflix’s “Black Mirror,” both of which depict futuristic dystopias that don’t always seem all that far fetched.

“Chernobyl” is also not alone in bringing real-life horrors into our living rooms. The National Geographic Channel recently aired “The Hot Zone,” a six-episode miniseries based on the 1994 book of the same name, in which an Ebola-like virus was discovered in the United States. It received an 88% rating on Rotten Tomatoes, which called it “anxiety-producing … a sobering reminder of exactly how deadly a disease can be.”

Why is such distressing programming popular? Is this a new phenomenon, or are streaming services simply catering to an audience that’s always existed?

According to Patrick Davey Tully, a family therapist based in Los Angeles, viewers gravitate towards these shows to see their own feelings reflected back at them, which they find emotionally reaffirming. He said that there’s really nothing new about this phenomenon, and that the only difference today is the emotional intensity of the programming.

“We used to watch soap operas, which are highly exaggerated versions of reality,” he said. “Now, we have shows that dig deeper in terms of their stories, but the need is the same – the need to have feelings reflected back to us, so we know we are not alone.”

David Pring-Mill, who works as a consultant to tech startups, said that the fear of rapid technological advancement is just such a feeling, and many of these shows acknowledge that anxiety with their overall themes.

“‘Black Mirror’ explores technological ideas broadly, ‘Chernobyl’ looks at poor procedures and unintended consequences, and ‘The Handmaid’s Tale’ presents one possible eventuality of societal degeneration and regression,” he said. “Combined, these shows feed into the fascinating anxieties of tech and society gone wrong.”

He added that as a consultant to Silicon Valley companies, “technology run amok” is a topic that comes up frequently during his business day, and often leads to discussions about “Black Mirror”– specifically, the 2017 episode “Metalhead,” in which human beings are hunted by deadly robotic dogs.

“I know that many [artificial intelligence] specialists considered the episode ‘Metalhead’ to be alarmingly plausible,” he said. “The tech for those robotic dogs is already partially developed.”

Samuel Cook, an editor and writer at the digital television site Flixed, said that the popularity of this programming is also a byproduct of a need to feel included. After all, if everyone you know is watching, you won’t want to be left out of the water-cooler discussions the next day. Needless to say, that mentality is very good for the streaming services’ bottom lines.

“‘Game of Thrones’ helped HBO generate millions of new sign-ups every single season,” he said. “Will entertainment producers keep diving into these dark themes? You bet.”

Meanwhile, Rahul Telang, professor of Information systems and management at the Heinz College at Carnegie Mellon University, disagreed with the notion that these shows are finding unusually large audiences. Rather, he said that it just seems that way because the signal is more amplified.

“Binge-watching makes shows more talked about, and social media makes it easy to get the message out,” he said. “The streaming platforms are more technologically oriented and savvy and attract the crowd that likes to talk about shows they watch. So the perception is probably stronger than reality.”

Whatever the case may be, Patrick Davey Tully said that this kind of stressful content serves a valuable purpose for viewers, and he considers watching them to be a healthy pursuit.

“We often struggle with sharing our feelings, so these shows fulfill that need to be heard by showing examples of how we feel, even if these examples are abstract or not related to our life,” he said. “The energy is still relatable.”