On Wednesday, Netflix exceeded expectations with its Q1 earnings report. However, investors were met with disappointment following the company’s weak guidance for next quarter.

Market more complex than it appears. Netflix and streaming have partly disrupted cable and various analyst forecasts see the trend continuing: streaming growth and cable subscriber losses for the next five years. However as the cost of streaming rises (e.g., YouTube TV increased prices to $50 per month) and more services appear (i.e., Disney, Apple) growth may slow and reach a kind of market equilibrium.

A 2018 CNBC survey found there were a mix of subscriber categories in the market: people who buy cable or satellite only, subscribers who invest in streaming only and a mix of both (the largest single group). The latter category (cable and streaming) will probably continue to lead for the foreseeable future. 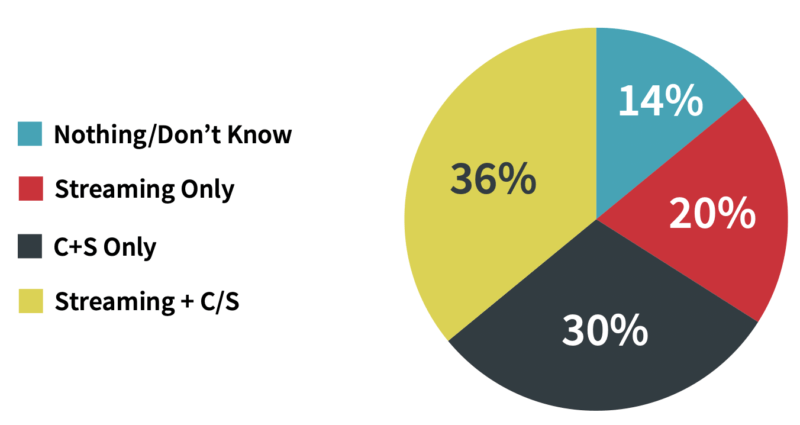 The ‘last mass medium.’ TV was regarded by many large agencies and brands as the “last mass medium.” But the rise of OTT and CTV, as well as “advanced” or data-driven linear TV, means that markets increasingly can target “TV audiences” as they would desktop or mobile users. (This obviously doesn’t happen on Netflix, which has no ads — yet.)

However, it’s probable that Netflix will introduce some limited form of targeted advertising in the next couple of years for several reasons:

Why we should care. Increasing volumes of TV/video inventory will be “addressable” and accessible through programmatic exchanges. Some targeted inventory on the big platforms is and will be outside the exchanges. However nearly all of it will be capable of the same kinds of audience targeting — and accountability. Already, companies such as Simpli.fi, PlaceIQ, Placed, NinthDecimal and others can match ads that appear during TV programming (CTV/OTT) with offline store visits. OTT and CTV inventory will also be available for retargeting, based on intent or behavioral signals and data from other screens and channels.

So even as the cable TV audience is further disrupted and fragmented, increasing volumes of “programmatic video” inventory will make new kinds of audience segmentation, targeting, analytics and attribution possible.