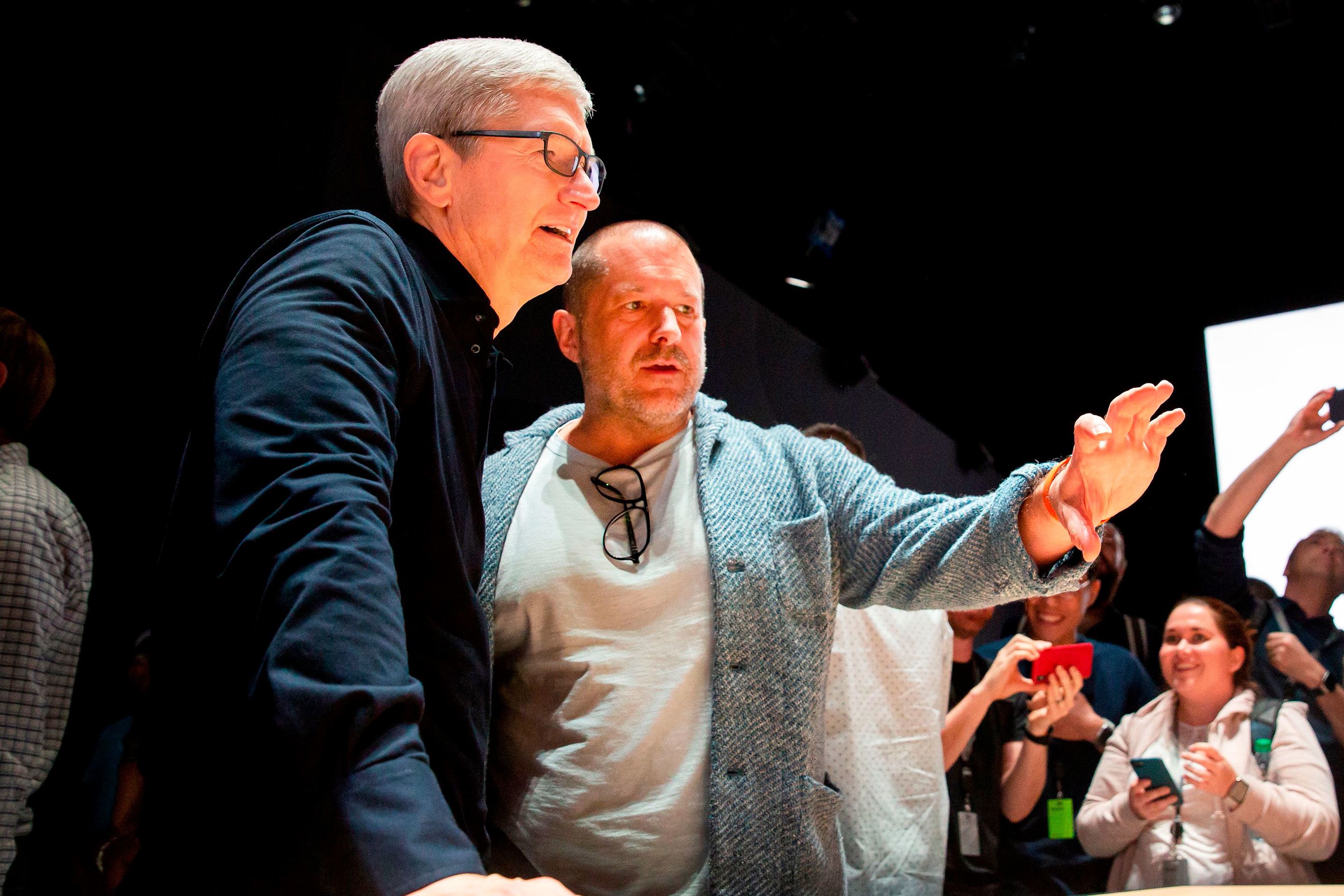 Apple announced last Thursday that Jony Ive, its head of design and the person who many observers considered the company’s spiritual captain, will leave the company later this year.

It’s an emotional topic for Apple and its executives. After the Wall Street Journal published a story with unflattering details about Ive’s last few years at Apple, reporting that he was seldom in the office and did not give the design team the personal attention they craved, CEO Tim Cook publicly blasted the story as “absurd. “

Cook needn’t have bothered. The market doesn’t seem to care about Ive and what scores of articles have called the “end of an era. “

In fact, when the markets closed on Tuesday, Apple was up 1.49% since the company’s surprise announcement. (Apple dropped less than 1% on the news and immediately recovered.) Apple shareholders have voted with their money, and Ive’s departure has not sunk the stock, as he fretted about in a 2015 profile.

First is timing. Regardless of Cook’s objections, it was fairly clear that Ive had taken a big step back after his 2015 promotion to Chief Design Officer and away from day-to-day management.

“If it happened 3 years ago, the stock would be down significantly,” Ives said. “The tea leaves were down inside and outside of Cupertino that he was starting to take a step back from the business.”

In addition, both the US and China announced a truce in the trade war between the two countries over the weekend, which likely had a much bigger effect on Apple stock, given that Apple both sells into the Chinese market and does the majority of its complicated assembling on the mainland.

“So much of the stock’s reaction is over US-China trade relations,” Ives said. “A truce in US-China relations is removing a major overhang on the stock.”

Ultimately, Apple is now big enough that a single person — even a highly influential executive — has only so much effect.

After all, when Ive stops collecting an Apple paycheck later this year and becomes no more than a consultant, Apple will have one fewer of its 132,000 full-time employees. In September 1998, when Ive’s run of memorable designs was just starting, Apple had 6,658 full-time employees.

It’s tempting to see Apple’s products coming out of a single design mind, especially compared to other consumer technology companies. Founding CEO Steve Jobs was known as a great product mind and storyteller, and when he died in 2011, the majority of that public focus fell on Ive, who was close with Jobs.

But in fact, Apple does not work that way. Apple’s a machine with thousands of parts, running on deadlines and meetings. It’s an army marching. It’s not the same company as it was even 10 years ago.

Inside, the company’s culture promotes individual responsibility. At Apple, projects have what’s called a “directly responsible individual,” or a DRI, attached. That person is in charge of making sure that a feature or project gets completed on time.

Jobs was the unofficial DRI for Apple’s products. After all, he was the decider. But Apple’s so large now that nobody can be the singular genius — the “DRI” — behind any given product. “Collaboration and teamwork are defining features of Apple’s success across the company,” Cook wrote in an internal email to Apple employees about Ive’s departure.

Ive’s departure does not introduce any new risk that Apple will stop producing a new iPhone model every year, or selling Mac computers. As the company’s announcement pointed out, Apple still has talented designers that can easily fill in and create the next iPhone or iPad design.

Ive’s departure does introduce some risk: Apple has lost full-time access to a strong presence that helps it develop completely new product franchises, such as its reported augmented reality glasses or whatever it’s doing to develop an Apple car.

“It adds to the sensitivity of investors around innovation at Apple, if you think about the last years, it’s losing a bit of that golden touch on innovations on the hardware side,” Ives said.

But Apple’s stock has never really factored in the upside of another major product into its price. Instead, analysts mainly focus on iPhone sales, signals from Apple’s enormous supply chain and the overall economic environment — the waves around the company. Apple is a big ship, and even losing a captain like Ive can’t slow it down.

Toyota speeds up electrified vehicle schedule as demand heats up

Vaping-related lung illnesses climb to 530 cases, seven deaths as CDC hunts for a cause