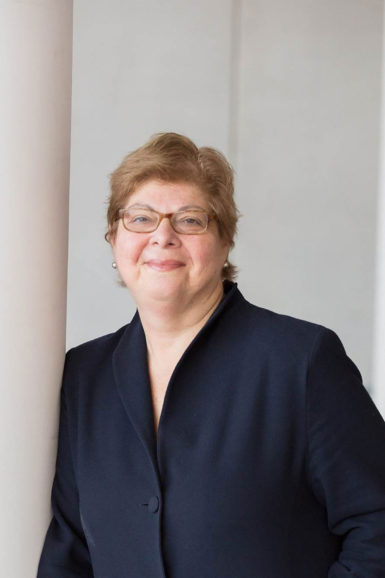 After 15 years at the Whitney Museum of American Art in New York, curator Donna De Salvo is stepping down “to pursue other interests,” according to a news release from the museum.

De Salvo, who has held the titles of deputy director for international initiatives and senior curator since 2015, organized the excellent Andy Warhol blockbuster that opened at the museum last year.

“I hold a deep regard for the Whitney, which has been my home for one of the most fulfilling periods of my career,” she said in a statement. “I joined the Whitney to work with Adam Weinberg and his team, to imagine and help realize a new home for the museum”—which moved from the Upper East Side to the Meatpacking District in 2015—”and to expand understanding of what art in the United States is and can be.”

De Salvo came aboard the Whitney in 2004 from Tate Modern in London and, from 2006 to 2015, was chief curator and deputy director for programs. Her list of curatorial credits at the museum is formidable, including “Hélio Oiticica: To Organize Delirium” (in 2017, with Lynn Zelevansky, Elisabeth Sussman, and James Rondeau), “Sinister Pop” (2012–13, with Scott Rothkopf), “Signs & Symbols” (2012, assisted by Jane Panetta), and “Lawrence Weiner: AS FAR AS THE EYE CAN SEE (2007–08, with Ann Goldstein), among many more. At the 2005 Venice Biennale, she organized, with Linda Norden, Ed Ruscha’s solo exhibition in the U.S. Pavilion, which subsequently traveled to the Whitney.

The museum’s director, Adam Weinberg, said in a statement that De Salvo “played an indispensable role in helping to set the foundations for the Whitney as it now exists. Her contributions are reflected in the roster of exhibitions that bear the stamp of her unique take on art and culture, major works acquired under her inspired stewardship of the collection, and the artist-centric galleries of the downtown building.”

De Salvo said in her statement, “It has been an enormous privilege to collaborate with extraordinary artists, trustees, and colleagues and to have overseen the curatorial direction of the Whitney during one of the most transformative periods of the institution’s history.”