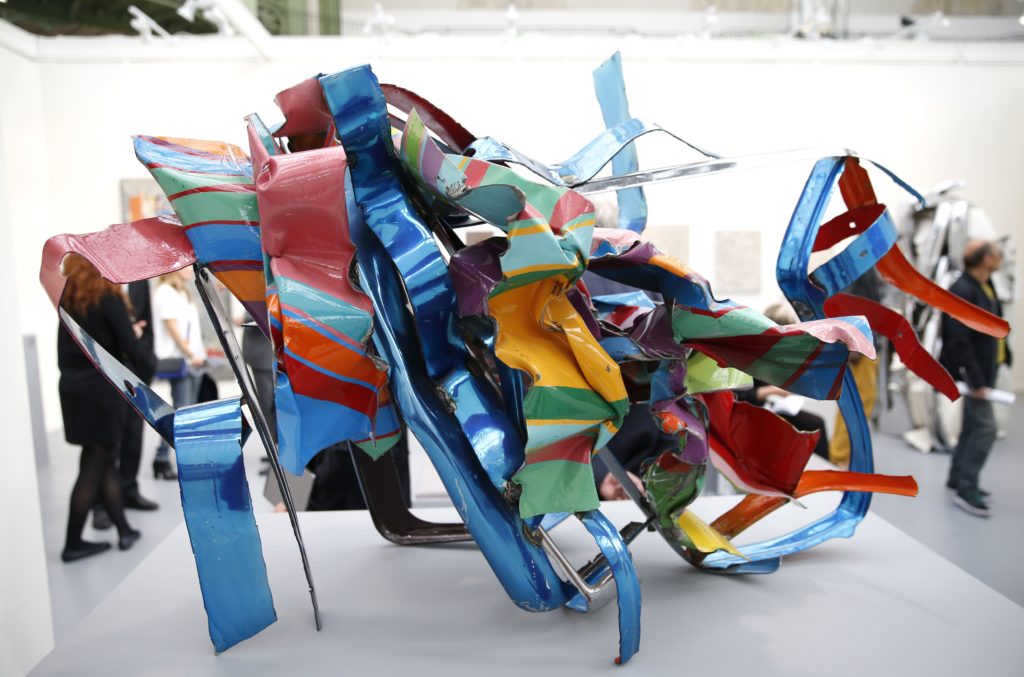 If it seems like Hauser & Wirth has been hoovering up artists and estates recently, ARTnews found that the numbers back that up. The most recent to move to the mega-gallery—the estate of sculptor John Chamberlain, announced earlier this week—makes a total of 24 artists or estates taken on in the past three years. That slightly edges out Gagosian, 13 years older and commonly understood to be the most powerful of the megas, which took on 21 artists and estates during the same period.

The two galleries are also neck-and-neck when measured by number of employees worldwide: with nine locations around the world, Hauser & Wirth now employs a total of 253 people, Gagosian’s staff between its 16 locations currently stands at about 250. (All numbers were provided by representatives of the respective galleries.)

The other two galleries in the mega-orbit, Zwirner and Pace, report having staffs of 200 people, Zwirner with five locations, and Pace with 10. Zwirner added 15 artists and estates during the period examined, Pace 14.

The rates at which these galleries add artists and estates, and the numbers of employees, do not, of course present the full picture of the businesses. As Michael Shnayerson reports in his new book Boom: Mad Money, Mega Dealers, and the Rise of Contemporary Art, released earlier this week from Public Affairs, their annual gross income is a matter of constant speculation. “Gagosian was reputed to gross the most: roughly $1 billion a year,” Shnayerson writes. “The others were said to be closer to $250 million each, but claimed to do better…than that. [At the end of 2017] Arne and Marc Glimcher [of Pace] purported claim[ed] they had broken the $1 billion threshold. … Why knew? All four mega dealers’ galleries were private, their profit reports tightly held.”

The additions to Hauser & Wirth’s roster included Glenn Ligon, Amy Sherald, and Luchita Hurtado, as well as estates, like those of Piero Manzoni and August Sander. Last month, Gagosian started working Nathaniel Mary Quinn, and other recent additions were Theaster Gates, Damien Hirst, Jia Aili, and the estate of Arakawa. As it happens, one major player was dropped from Gagosian’s roster: Julian Schnabel, who returned to Pace in 2016. Zwirner’s gets include Felix Gonzalez-Torres, Njideka Akunyili Crosby, and the estate of Diane Arbus, which the gallery co-represents with San Francisco’s Fraenkel Gallery. Pace added Lynda Benglis, Mary Corse, and Arlene Shechet, among others.