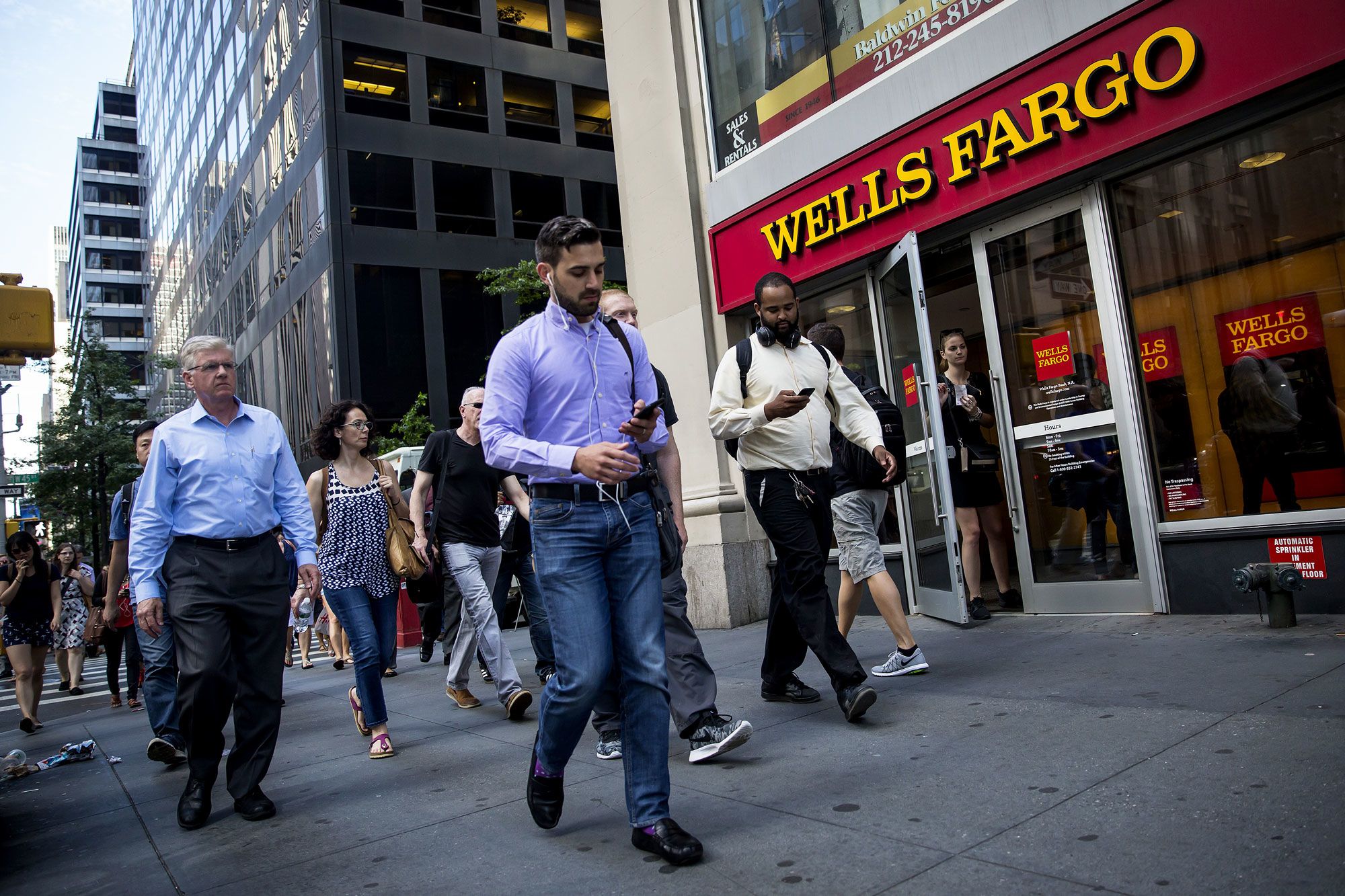 Pedestrians pass in front of a Wells Fargo bank branch in New York.

Wells Fargo is scheduled to report second-quarter earnings before the opening bell on Tuesday.

Much of Wall Street remained in wait-and-see mode ahead of Wells Fargo’s financial report, with analysts eager for updates on the bank’s progress on finding a new CEO and its efforts to buoy revenues and control costs.

The nation’s fourth largest bank and its reputation remain mired in regulatory inquisition stemming from its 2016 sales scandal that’s since claimed the jobs of two CEOs. Tim Sloan, the bank’s most recent chief, stepped down in March after 31 years at the company.

The Wells Fargo board has been searching for a new CEO ever since, reportedly struggling to convince a number of outside bank executives to consider the role. Still, the board isn’t ruling out a company insider as some look to cement interim CEO Allen Parker as permanent chief.

Many analysts also highlighted the bank’s ability to keep a lid on expenses as key to its success in 2019. Citigroup analyst Keith Horowitz told clients in a note last week that an insider appointment to CEO “would imply higher likelihood that WFC maintains expense targets, which would help offset revenue pressures.”

Horowitz, who downgraded Wells Fargo to neutral from buy on July 11, added that rising expectations for lower interest rates could also dampen sales. The company’s stock is down about 0.5% over the last three months versus the S&P 500’s 3.7% gain. The stock is up only 1% this year, compared to double-digit returns for most other major banks.

“Revenue growth trends have been disappointing, and Fed rate cuts will hurt the trajectory,” he wrote. “We are downgrading to Neutral as we await a better entry point.” Banks turn a profit by charging borrowers higher, longer-term interest rates compared with the lower, short-term interest rates they dole out to savers.