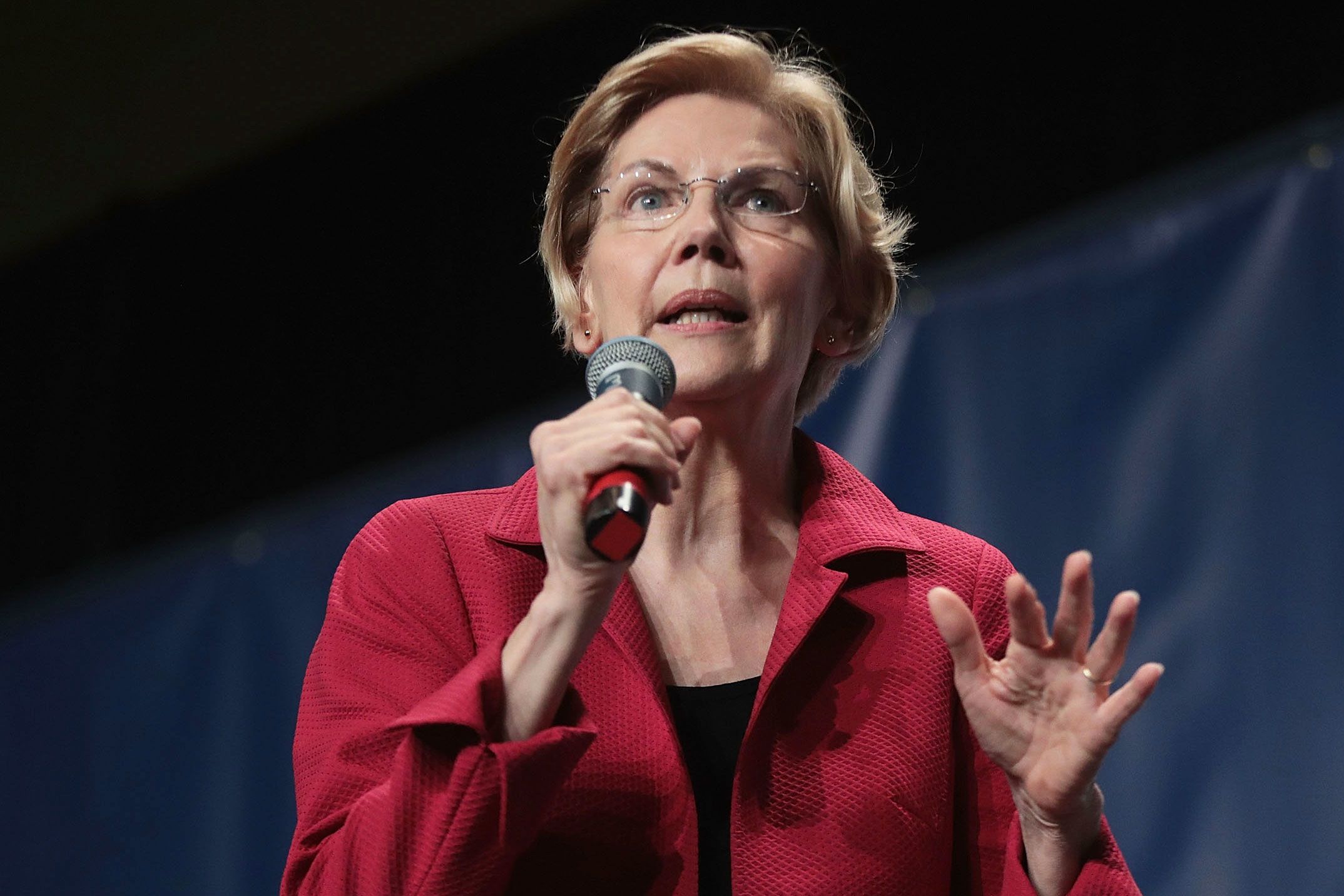 Presidential candidate Sen. Elizabeth Warren on Wednesday re-introduced legislation that would force companies to disclose their exposure to climate-related risks.

The announcements comes amid growing investor concerns that assets are priced insecurely because of certain climate risks that are not being factored in. More than 200 of the world’s larges firms predict that climate change could cost them a combined total of nearly $1 trillion, according to a June report.

“My plan will push more investors to move their money out of the fossil fuel industry, accelerating the transition to clean energy,” the Massachusetts senator wrote. “It will also demonstrate to investors that — if nothing else — climate change represents a serious risk to their money and they need to demand global action to address it.”

Climate change has become a big topic among 2020 Democratic presidential contenders and voters. This week, Vermont Sen. Bernie Sanders introduced a resolution declaring climate change a national emergency and calling for “massive” federal government action to reverse it. Other candidates have announced proposals steering trillions into the economy to combat climate change.

The measure, however, will likely draw strong Republican opposition.With Republicans controlling the senate, it is unlikely to come to a vote. Even if Democrats win a Senate majority in 2020, it would be difficult for ambitious climate legislation to gain enough GOP support to meet a 60-vote minimum.

In March, the Green New Deal, which called for the elimination of greenhouse gas emissions by 2030, failed to advance in the Senate. Democrats protested what they deemed a political show vote orchestrated by Senate Majority Leader Mitch McConnell, who called the Deal “nonsense.” He added, “if you’re going to sign on to nonsense, you ought to have to vote for nonsense.”

McConnell and Warren did not immediately respond to CNBC request for comment.