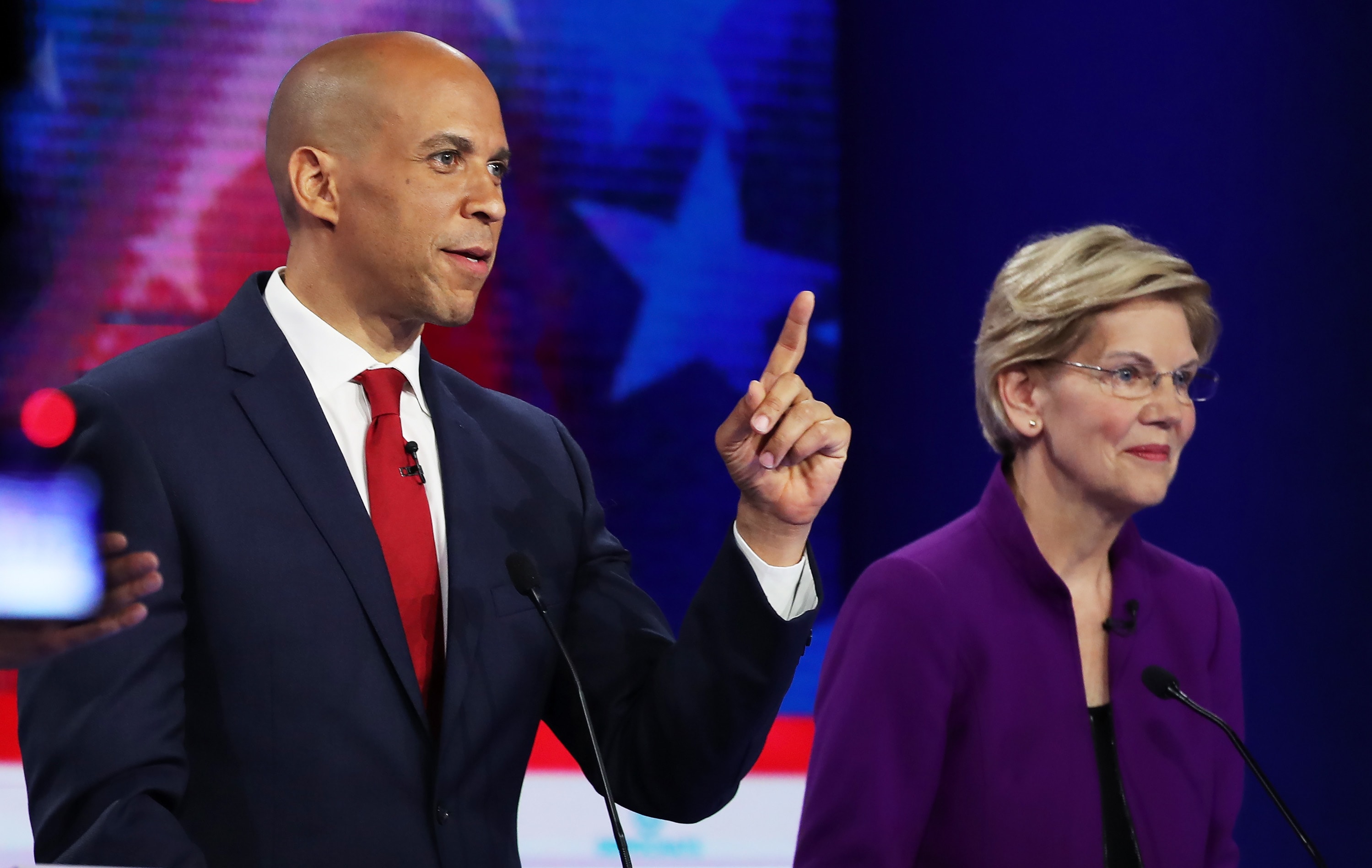 Democratic Sens. Elizabeth Warren and Cory Booker said Tuesday they are opening an investigation of Tyson Foods, JBS USA, Cargill and Smithfield Foods related to their handling of pork exports and worker safety during the coronavirus pandemic.The move comes after reports that the meatpacking companies were exporting a record amount of pork to China, while warning of impending meat shortages and raising prices in the United States.Pork is an integral part of the U.S.-China trade agreement, which President Donald Trump has touted as one of his prime accomplishments. But while China buys some pork products and parts that Americans do not consume, the decision to export in large quantities to China comes as American workers have fallen sick − or died −  from coronavirus in pork plants across the country. In letters to the CEOs of Tyson, Cargill, JBS and Smithfield Foods, Warren, of Massachusetts, and Booker, of New Jersey, demanded information about how each company protects workers who have or may contract the coronavirus, and how much meat they each export to China.  “Your companies created the conditions that left your workers and the supply chain vulnerable to the COVID-19 pandemic – but instead of addressing them, you used the prospect of food shortages to secure a federal license to put your workers in harm’s way,” the former presidential candidates wrote. A spokesperson for Tyson told CNBC in a statement “in recent months, we’ve prioritized supplying meat to the U.S. domestic market and have voluntarily curtailed shipping those pork export items that are also used by domestic consumers to try to meet U.S. demand.”The spokesperson added that “many of the pork products we sell internationally are specialty products that have extremely limited use in the United States such as snouts, feet, ears and organ meats,” the exports of which “adds considerable value to the overall price of hogs for U.S. farmers.”Through Tyson’s fiscal year, its exports to China represent about 3% of its total pork production.Representatives for JBS and Smithfield didn’t immediately respond to a request for comment. Cargill said it was still reviewing the letter.In April, Billionaire John Tyson, chairman of the nation’s largest meat processor, Tyson Foods, took out a full-page ad in several of the nation’s most-read newspapers warning “the food supply chain is breaking,” days before Trump issued an executive order requiring the plants to remain open. His order came as a growing number of workers reported being infected by the virus, amid working conditions that required frequent close contact in tight quarters.Still, a number of grocers told CNBC at the time they had yet to see signs of the shortage that Tyson had warned of.  A spokesperson for Kroger said there was “plenty of protein in the supply chain,” while a spokesperson for Texas grocer H-E-B said they were adding new limits for customers’ meat purchases after John Tyson’s ad, over fears of stockpiling. Those actions were cited by Booker and Warren.”In April, while thousands of your workers were falling ill due to your own inability or unwillingness to implement worker protections, your companies warned that the ‘country [was] perilously close to the edge in terms of our meat supply’  and that ‘the food supply chain is breaking,’ while publicly pressing federal, state, and local officials to keep plants open,” they wrote.”Your warnings of potential shortages prompted retailers to place limits on the amount of meat that customers could purchase.”In phase one of the U.S.-China deal, Beijing agreed to buy $12.5 billion in agricultural goods this year from the United States, and another $19.5 billion in 2021. That agreement was viewed as a boon to meat processors and the farmers who supply them, many of whom are located in key swing states like Iowa. Trump reassured major meat industry CEOs in a private call in April he was not interested in restricting pork exports to China, despite warnings of potential shortages. On Monday, Trump tweeted that the “The China Trade Deal is fully intact” after comments made by White House trade advisor Peter Navarro that implied the deal was off. Navarro later said his comments were taken out of context.Through February, pork and pork variety meat exports accounted for 31% of all U.S. production, according to the U.S. Meat Export Federation. Just over one-third of those exports went to China, CNBC previously reported. Through the first four months of 2020, the U.S. was on pace to export 1.1 million metric tons of pork meat, up 35% from a year ago, according to the U.S. Meat Export Federation.