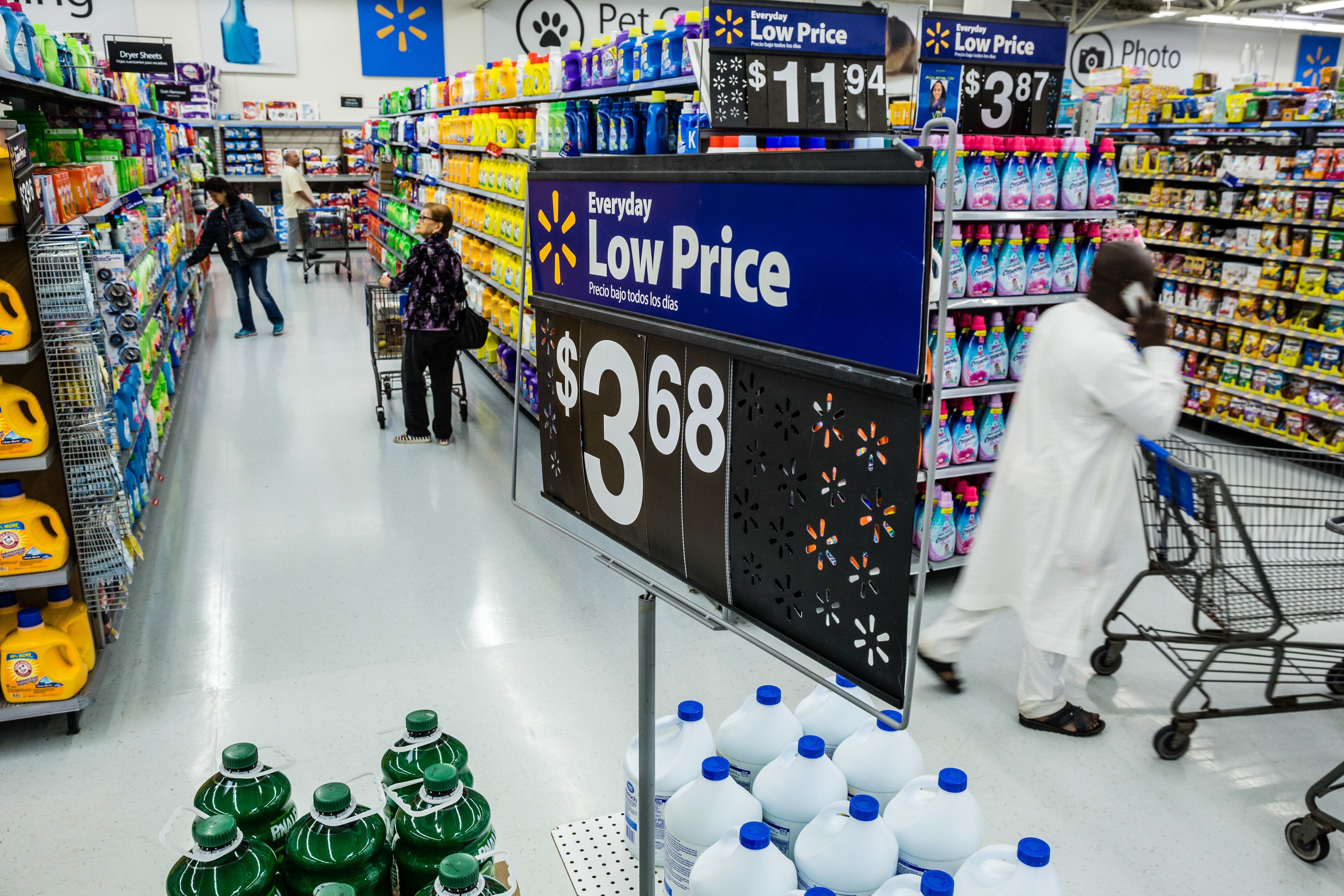 Customers shop at a Walmart store in Secaucus, New Jersey, on Wednesday, May 16, 2018.

Walmart is set to report first-quarter earnings before the market opens Thursday.

Here’s what analysts are expecting, based on Refinitiv data:

Walmart has been pouring money into new technology that helps it more speedily fulfill online orders, grow its massive grocery business, stock shelves with merchandise and even train its own employees. Competing with Amazon online, Walmart just earlier this week announced it was starting to roll out next-day delivery across the country for more than 200,000 items, though it didn’t disclose exactly how much money it will be spending to do that. That was after Amazon on April 25 said it would be making free, one-day shipping a new perk for Prime members.

The biggest retailer in the world — headquartered in Bentonville, Arkansas — also has been on an acquisition spree to beef up its e-commerce business, buying companies ranging from Art.com to online lingerie retailer Bare Necessities. The company has said it’s targeting e-commerce sales growth of 35% for this year, which won’t be as robust as 2018.

Meantime, Walmart is still spending money on improving its supply chain, to make more of its stores capable of packing and delivering grocery orders placed via the internet. The company has said it’s on track to offer pickup for online grocery orders at 3,100 stores, and same-day grocery delivery from 1,600 locations, by the end of the year.

It’s also adding dozens of veterinary clinics to its stores, hoping to boost foot traffic, and is testing an “Intelligent Retail Lab” at one Walmart location in New York that’s using sensors, cameras and processors to help cut down time workers spend on mundane tasks, like finding out-of-stocks.

“Walmart’s early investments in tech/ecommerce and practice of continued price investment, which benefits from the company’s unmatched scale, have positioned it well for future share gains,” Jefferies said in a research note ahead of earnings.

One of the biggest threats hanging over Walmart for the remainder of the year could be the possibility of additional tariffs, impacting apparel and footwear specifically, going into effect. Macy’s CEO Jeff Gennette this week spoke to how a 25% tariff on another $300 billion worth of Chinese goods, which the White House is still considering, would likely trickle down and hurt shoppers.

Walmart shares are up about 18% from a year ago, bringing its market cap to roughly $286.4 billion. Amazon shares have rallied about 19% over that same time period, while Target’s stock is down 3% from a year ago.