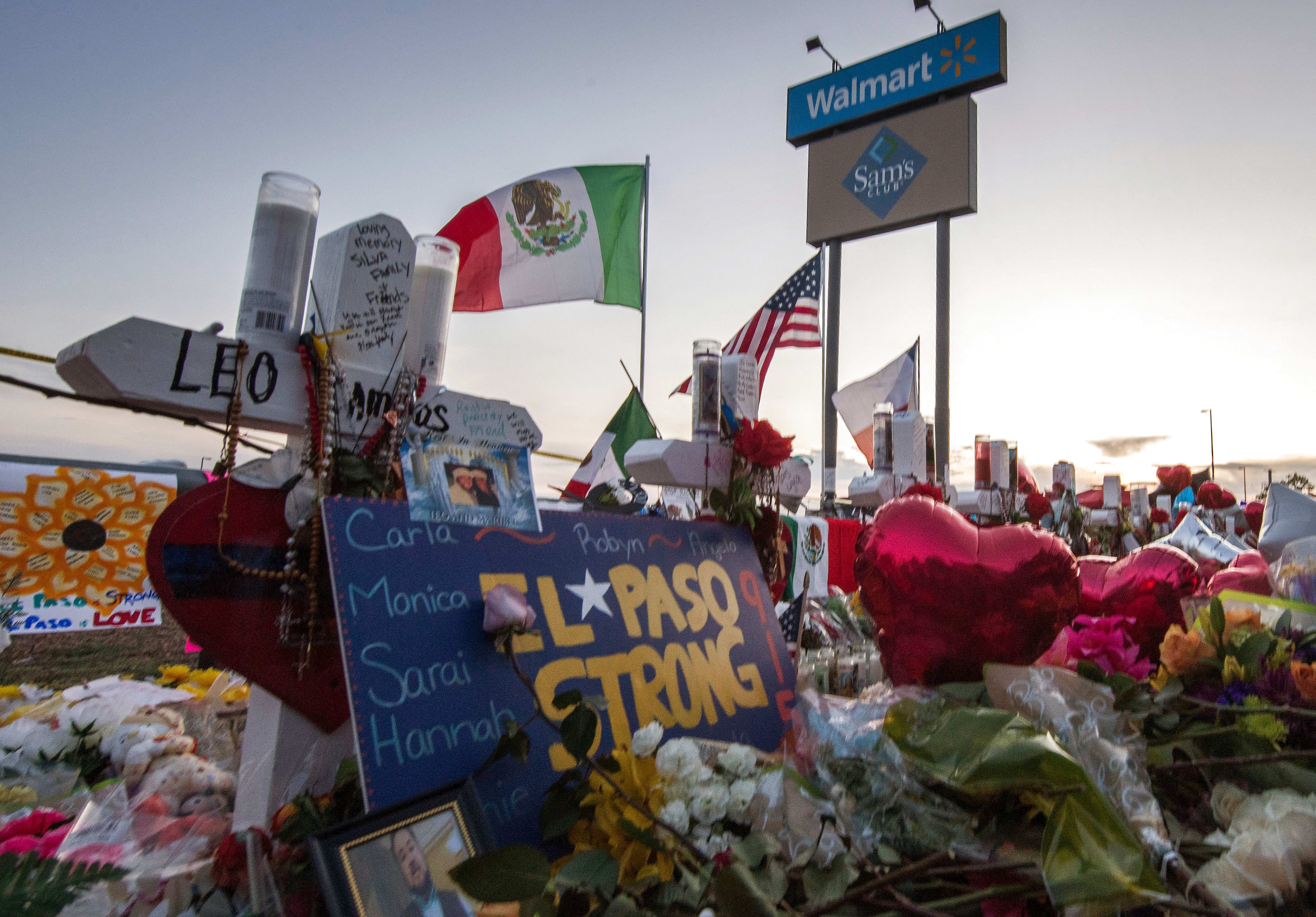 Walmart said Tuesday it will discontinue all sales of handgun ammunition and sales of short-barrel rifle ammunition that can be used with military style weapons, following two “horrific” shootings at Walmart stores this summer. It will also stop all handgun sales in Alaska, marking its complete exit from the handguns category.

The biggest retailer in the world is additionally asking customers at Walmart and Sam’s Club to no longer openly carry firearms in stores, in states where “open carry” is allowed, unless they are authorized law enforcement officers. Open carry legislation is currently on the books in more than 26 states, Dan Bartlett, executive vice president of corporate affairs, said during a call with members of the media.

Walmart said it won’t be changing its policy for customers who have permits for concealed carry. And it will be adding signage to stores in the coming weeks to communicate the changes.

“We believe the opportunity for someone to misinterpret a situation, even in open carry states, could lead to tragic results,” CEO Doug McMillon said in a memo distributed to employees on Tuesday. “We hope that everyone will understand the circumstances that led to this new policy and will respect the concerns of their fellow shoppers and our associates.”

“We’ve also been listening to a lot of people inside and outside our company as we think about the role we can play in helping to make the country safer,” he added. “It’s clear to us that the status quo is unacceptable.”

McMillon said he will also be sending letters to the White House and other Congressional leaders, asking for action on “common sense measures.” He’s calling on the government to “strengthen background checks and to remove weapons from those who have been determined to pose an imminent danger.”

“Congress and the administration should act,” the CEO said.

The announcement from Walmart comes as the retailer has faced backlash, some from its own employees, for not pulling weapons from stores after a deadly shooting in July at a Walmart store in Mississippi, and another in August at a Walmart in El Paso, Texas — where 22 were killed.

Following those events, Walmart received additional threats at a handful of stores, leading to the arrests of individuals claiming to have guns there.

Following Tuesday’s announcement, Walmart said it’s market share of ammunition will drop to range of 6% to 9%, falling to the lower end of that range over time.

“We know these decisions will inconvenience some of our customers, and we hope they will understand,” McMillon said. “As a company, we experienced two horrific events in one week, and we will never be the same.”

Walmart said it intends for its remaining assortment to be even more focused on the needs of hunting and sport shooting enthusiasts. McMillon said he is a gun owner who grew up in a family that raised bird dogs. And he noted the company’s founder, Sam Walton, was an avid outdoorsman who hunted quail.

Walmart’s remaining assortment in stores “will include long barrel deer rifles and shotguns, much of the ammunition they require, as well as hunting and sporting accessories and apparel,” he said. Bartlett also said Walmart’s current sporting goods assortment has a “broad depth” of merchandise to make up for lost sales.

Walmart last month said it would be pulling violent video game displays out of stores following the shootings.

On Tuesday, McMillon said he will also be encouraging other retailers to act “to make the overall industry safer.”

“We are exploring ways to share the technical specifications and compliance controls for our proprietary firearms sales technology platform,” he said. “This system navigates the tens of millions of possible combinations of federal, state and local laws, regulations and licensing requirements that come into effect based on where the firearm is being sold and who is purchasing it. We hope that providing this information, free of charge, will help more retailers sell firearms in a responsible, compliant manner.”

Walmart in the 1990s stopped selling handguns in the U.S. with the exception of Alaska. In 2015, it stopped selling semi-automatic weapons like the AR-15 rifle. Following the mass shooting at a high school in Parkland, Texas, in 2018, Walmart stopped selling firearms and ammunition to people under the age of 21.