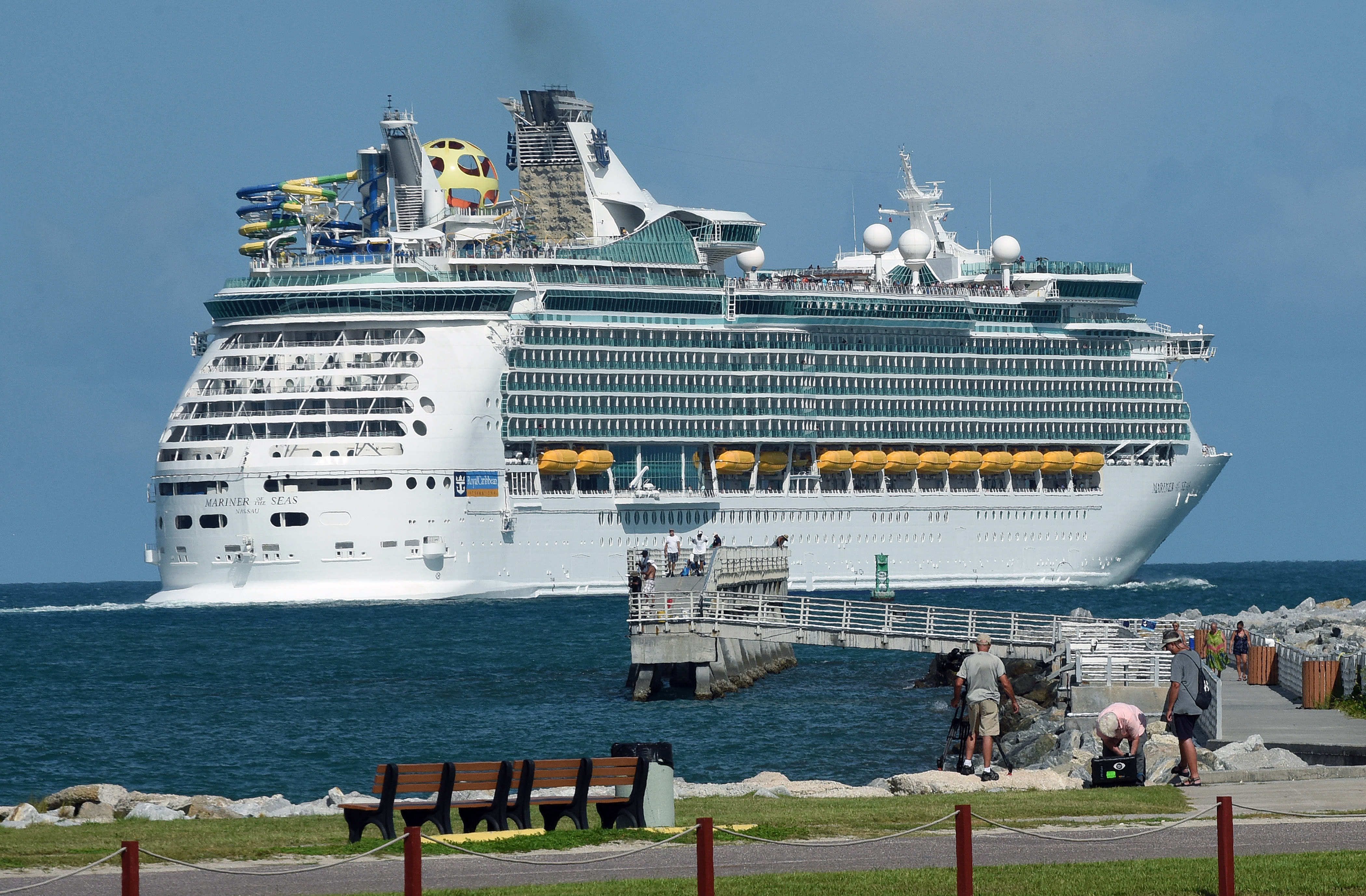 Royal Caribbean’s Mariner of the Seas departs from Port Canaveral ahead of the arrival of Hurricane Dorian. The ship’s itinerary was adjusted due to the hurricane and will take passengers on an extended cruise to Mexico instead of its original destination in the Bahamas.

Cruise lines are canceling some trips and re-routing others as Hurricane Dorian continues to ravage the Bahamas and move up the eastern coast of the United States.

Carnival, Royal Caribbean and Norwegian Cruise Lines are among the companies changing plans for travelers as ports in the Bahamas and Florida are closed due to Dorian.

In one case, the Norwegian Breakaway was originally supposed to return to Miami on Sept. 1 but will now conclude its trip in New Orleans on Tuesday. The cruise line has canceled two cruises scheduled to leave from Florida but has made no changes to cruises leaving from New York City and Boston.

“As we continue to monitor Hurricane Dorian in the Caribbean, we are in constant communication with the United States Coast Guard to ensure we are taking all necessary precautions to maintain a safe and secure sailing for all guests and crew on board,” Norwegian said in a statement.

“While it is our every intention to maintain the original itinerary as much as possible, the security of everyone on board always takes precedence. As such, we are reviewing the ongoing situation and its potential impact on our fleet.”

Dorian made landfall in the Bahamas this past weekend and stalled out over the islands, killing at least five people. The storm is currently classified as a Category 2 hurricane.

The storm is projected to move north along the eastern coast of Florida and possibly make landfall in the Carolinas. More than a million people in the U.S. have been ordered to evacuate.

Carnival has canceled one cruise and shortened some others. The company said it expects Port Canaveral and PortMiami to reopen later this week.

One ship, the Carnival Horizon, is slated to depart from Miami on Wednesday with a port of call in Nassau in the Bahamas.

Royal Carribbean said it is sending a team to CocoCay in the Bahamas on Wednesday to see how the company’s facilities have been impacted by the storm. The cruise line has canceled one trip, originally scheduled to depart from Port Canaveral on Monday, and changed the itinerary for several others.

Disney is also facing criticism for not evacuating its employees at Castaway Cay, which is one of the cruise line’s frequent stops and is located about 40 miles from where the center of Dorian made landfall in the Bahamas.

In a note to clients on Tuesday, Nomura Instinet analyst Harry Curtis estimated that the earnings impact of Dorian on the major cruise lines would be about 5 cents per share.

“One of the benefits of the cruise industry is its ability to steer ships away from unfavorable locations,” the analyst wrote.

Shares of Royal Caribbean and Carnival were down more than 2% on Tuesday. Norwegian’s stock was down 1.6% and Disney’s was down about 1.2%.