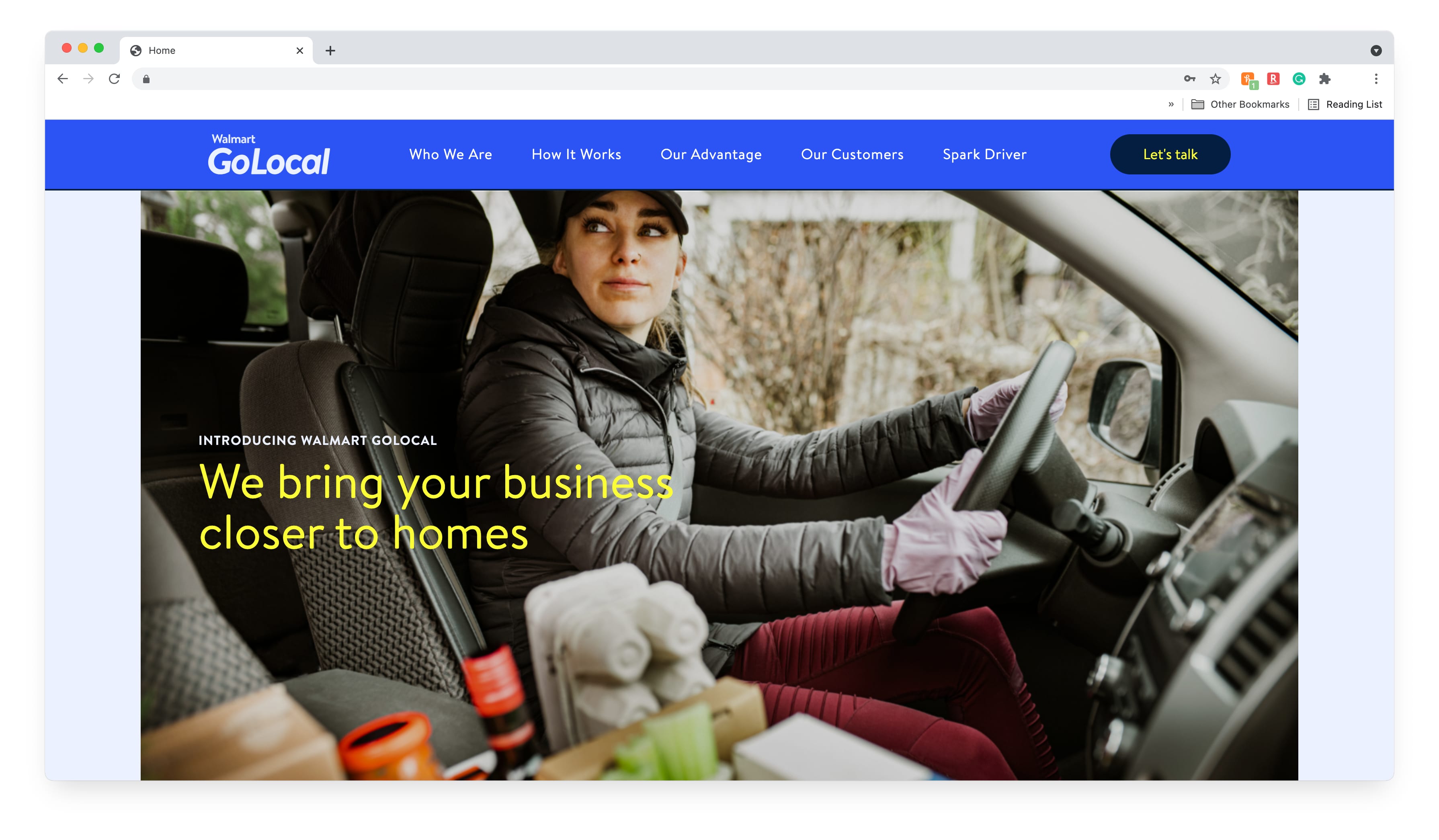 Walmart on Tuesday announced the launch of a delivery service called GoLocal, which will carry goods from other local retailers to consumers. The company said it expects to begin shipping by the end of 2021 and that the delivery fleet would include newer technologies, such as self-driving vehicles and drones. “It’s about bringing the capabilities that we as Walmart have been laser-focused on building and connecting for our own customers to life for both local and national businesses,” Tom Ward, senior vice president of Last Mile for Walmart, told CNBC.Walmart said GoLocal will be a white-label service, meaning deliveries will not be made by Walmart-branded vehicles. The company said it will offer competitively priced shipping within two hours as well as a two-day delivery option. The deliveries will be handled by a combination of associates, gig workers and at times other delivery companies.Walmart is currently partnered with FedEx for online package delivery. The company would not say if FedEx would be used for GoLocal. However, Ward said the company would tap innovative delivery partners, including Cruise, a self-driving electric vehicle start-up the retailer invested in last year, as well as Waymo and Nuro. Drone delivery will also be a focus, with partners including DroneUP, another company Walmart invested in last year, as well as ZipLine and FlyTrex.”What we’re excited about is that as we scale this, we’ve got all these different disruptive technologies that bring in the last mile work together at Walmart,” Ward said. Walmart has spent the past five years building its ability to deliver goods to customers. In August 2016, it acquired e-commerce start-up Jet.com for $3.3 billion. In March 2018, Walmart launched its grocery delivery service, fulfilling orders from Walmart stores. The company launched Walmart Fulfillment Services in February 2020 to compete with the growth of marketplace-focused sites such as Amazon and Shopify.The company discontinued Jet.com in May 2020, but CEO Doug McMillon credited the acquisition with helping Walmart grow its delivery network.Amazon launched a similar service, called Amazon Shipping, in 2018, that was designed to compete with UPS and FedEx, but it suspended the service in June 2020.Bernstein senior transportation analyst David Vernon said a local delivery service by a retailer would not be likely to have any significant impact on FedEx and UPS revenues.”The local delivery market has 230,000 companies that compete in every city across America,” Vernon told CNBC. “There are two national parcel networks. They have some overlap; business is shifting towards some of that local business. But in the long run it’s not exactly the same thing.”Walmart said GoLocal already has contracts with a number of national retail clients and will begin accepting applications for new partners Tuesday.